Drew Phelps explores every Fairway, reads every Green and uses his DFS Golf experience to put together a winning playbook for the Masters. 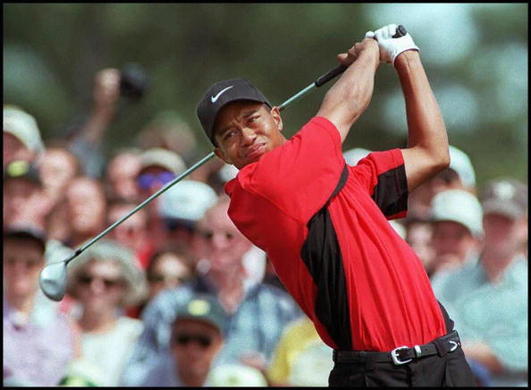 IT’S FINALLY HERE!  I feel as giddy as a school girl just thinking about it.  By far, the best week of the year for Golf Fans, the Masters.  As you will hear hundreds of times over the weekend and it could not be more true, "A tradition unlike any other."  The Super Bowl of the Golf world has arrived and we've got one million dollars on the line on DraftKings.  We've got so much to discuss before setting your lineups, so let’s get to it.

First, you must know that basically any player $7,500 and up has a legitimate chance to win the Masters.  My job is to provide you with the golfers I feel have the best combination of price, ownership and level of play to help you bring home big money this weekend.  It was extremely difficult to narrow down my playbook to these select few, especially from the mid-tier. There are six former winners at Augusta between 8800-6800 on DraftKings. You could make a lineup just using 7K and 8K players and feel like you've gotten away with something. I would not fault you if you played any player $8,000 plus.

We will have a lot of new public players entering tournaments this weekend and a huge majority of them will put him in their lineups.  If you really want to put him in your lineups, go for it, I can’t fault you but just know you will be with the majority this weekend and that’s not how you take down a tournament like the Millionaire Maker.  If you are going to throw him in your lineup, you have to make sure the rest of your lineup is filled with contrarian plays.

Now, let’s get into the DFS Strategy when it comes to The Masters and playing in such a huge public tournament like the Millionaire Maker on DraftKings.  They have allotted 205,882 entries for the tournament and as I mentioned, a good portion of them will be first time DFS PGA players.  There are only 87 players in this field which means differentiating yourself will be at a premium.  You cannot be afraid to leave money on the table when setting your lineups.  One of the biggest problems that many DFS players have is feeling that you must spend all your salary cap.  There is a much better chance that you'll have a duplicate lineup if you zero out your cap than if you leave money on the table.  You'll notice that all my Optimals will not use the full salary cap.

Time to shift our focus over to Augusta National.  There is no need to go into detail here because it's one of the most well-known courses in the world.  It is a Par 72 that measures out to 7,435 yards.  This course is very difficult and true test of a golfer's game.  There are very long Par 4’s, and reachable Par 5’s.  The greens are always the fastest on tour and hard for these players to stick because of the shave edges.  Since the course was lengthened in 2010, only 300 yard bombers have won or even finished in the Top 10 but there are exceptions to every rule namely Matt Kuchar, Brandt Snedeker, and 2016’s winner Danny Willett.  When looking over the course history, good GIR numbers has proven to be more beneficial to players than putting at Augusta but that's not to say that putting is not important.

Augusta National is a second shot course.  We want players with great proximity numbers from outside 175 and 200 yards out.  That means targeting great long iron players (great ball strikers).  Most outstanding long iron players happen to also be at the top when it comes to GIR.  These players put themselves into birdie making opportunities rather than missing greens and must scramble their way to a par.

Course history is vitally important when it comes to The Masters even if it is just one previous trip like for the 2016 and 2015 winners, Danny Willett and Jordan Spieth.  Since Horton Smith and Gene Sarazen won in their debuts in what were the first two editions of the tournament back in 1934 and 1935, only Fuzzy Zoeller in 1979 took home the green jacket on their first two to Augusta.  Last year, the top first-timer was Thomas Pieters finishing T4 and William McGirt finished T22. This year we’ve got 10 professionals making their debut, Tony Finau, Xander Schaufflele, Patton Kizzire, Dylan Frittelli, Austin Cook, Shubhankar Sharma, Wesley Bryan, Hoe Tong Li, Satoshi Kodaira, and Yusaku Miyazato.  You will not see too many of these names in my playbook, if any.

Finally, the weather looks to be wet from the start with showers forecasted for Wednesday before the tournament begins and then another 60 percent chance of showers on Saturday. This gives you more of a reason to play your bombers this weekend at Augusta. They are also calling for winds in the low teens from Friday on which makes an already difficult course even tougher.

The Masters is truly a one of a kind event that every fan of the sport looks forward too.  Growing up, there were few things I enjoyed more than watching Sunday at Augusta with my Dad.  It's the first major of the golf season and it feels like the unofficial start of Spring.  I know personally, watching the Masters means that it is time to dust off the clubs from the basement and get out on the range to work out the rust in my already dirty swing.  Not sure how much I’ll be able to get out this year with an under one year old crawling around the house but I’ll definitely try my best.

I can't write this article and not mention Tiger Woods' return to Augusta. The man has surprised everyone with his play thus far in 2018 and he could definitely contend for his fifth green jacket. The reason he's been successful this season has been his williness to club down and avoid the driver wherever possible. Augusta went through a "Tiger Proofing" a few years back, which will force him to take out the driver more than he should to have success. A good example of this is number 11 which is a 505 yard Par 4 and forces these players to hit driver to have any shot at a par. While I do like him this weekend, I have my doubts he'll keep that big dog under control.

Good luck to everyone entering the Millionaire Maker on DraftKings and if you win, I do expect a cut, remember I got an 8 month old and a new home.  Thanks! 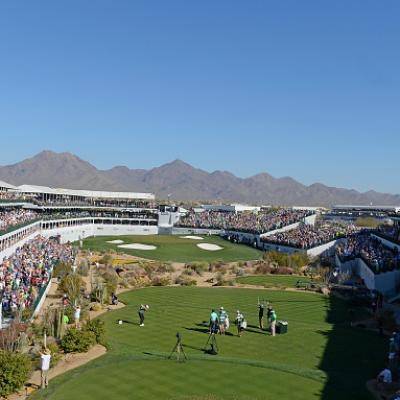 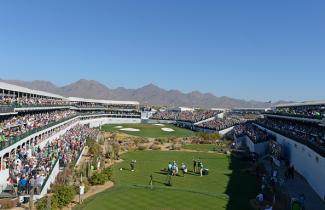 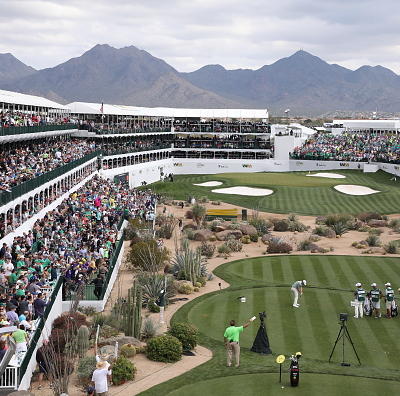 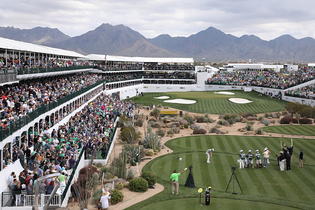 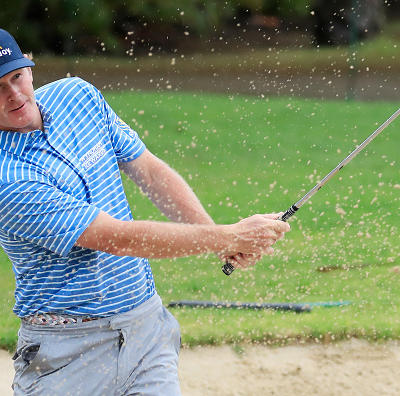 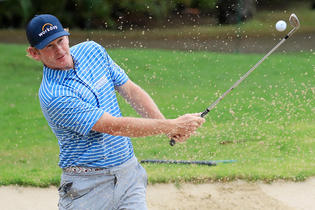 H. Matsuyama - G
Matsuyama closed with a one-under 71 on Sunday at the Farmers Insurance Open to finish three-under and tied for 45th.
For a full breakdown and detailed player analysis GO PRO and join the Fantasy Alarm Family! CLICK HERE to unlock your PRO package and take advantage of instant savings!
Added Jan 27 9:56 pm (EST)

S. Im - G
Im closed with a one-over 73 on Sunday at the Farmers Insurance Open to finish four-under and tied for 36th.
For a full breakdown and detailed player analysis GO PRO and join the Fantasy Alarm Family! CLICK HERE to unlock your PRO package and take advantage of instant savings!
Added Jan 27 9:45 pm (EST)

B. Hossler - G
Hossler fired a four-under 68 on Sunday at the Farmers Insurance Open to finish nine-under and tied for ninth.
For a full breakdown and detailed player analysis GO PRO and join the Fantasy Alarm Family! CLICK HERE to unlock your PRO package and take advantage of instant savings!
Added Jan 27 8:50 pm (EST)

P. Rodgers - G
Rodgers closed with a four-under 68 on Sunday at the Farmers Insurance Open to finish nine-under and tied for ninth.
For a full breakdown and detailed player analysis GO PRO and join the Fantasy Alarm Family! CLICK HERE to unlock your PRO package and take advantage of instant savings!
Added Jan 27 8:41 pm (EST)