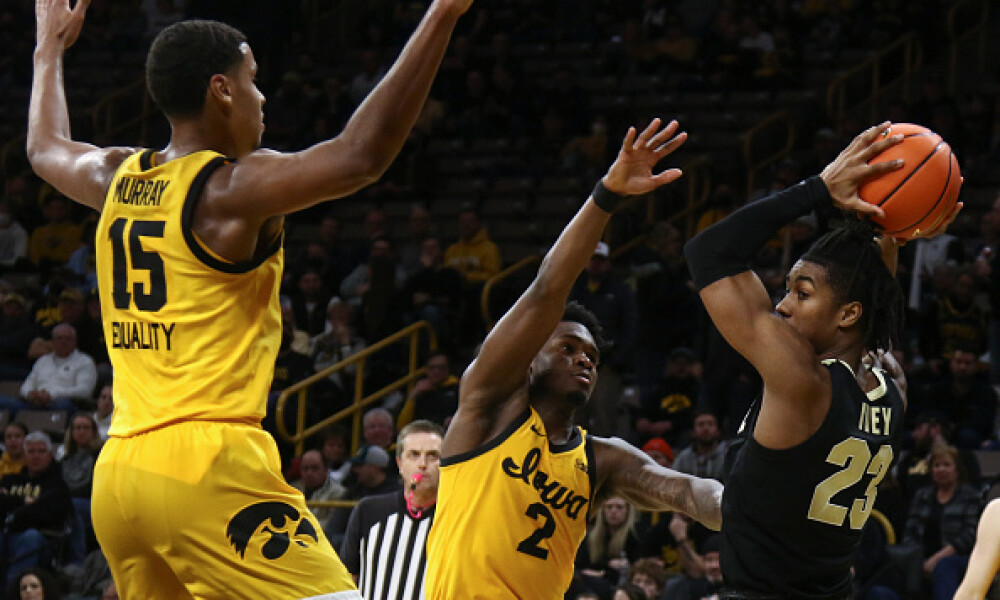 March is finally here, college basketball fans, and we have an NCAA Tournament to prepare for! Selection Sunday is less than two weeks away and we’ll be filling out brackets before you know it.

Before the Tournament field is finalized, though, we need to start focusing on all the relevant teams from around the country. If you remember back to last year, we’ll have an in-depth March Madness cheat sheet available to download the Monday right after Selection Sunday. It’ll include full breakdowns of all 68 teams officially in the bracket.

For now, let’s take a deep dive into some of the teams that could be dealt an upset early in the bracket. If you missed it, check out the breakdown on college basketball's top contenders. Stay tuned for more previews on dark-horse teams and mid-major teams to know. Plus, an in-depth March Madness cheat sheet will be available to download the Monday right after Selection Sunday. It’ll include full breakdowns of all 68 teams officially in the bracket.

The records, rankings, stats, odds, and projected seeds are all as of March 4th. Also, the odds to win are via the DraftKings Sportsbook at the time of publishing.

Who remembers when Purdue busted brackets last year when it lost in the first round? Even though it’s a top team in the country this season, history could repeat itself with an early exit. To be clear, there’s no denying the pure talent on the Boilermakers. Jaden Ivey is a top NBA prospect and might be the best overall player in the Big Ten. Then there’s the imposing frontcourt duo of Zach Edey and Trevion Williams, who present nightly mismatches for opposing teams. That core makes up arguably the best offensive attack in college basketball.

Purdue’s fatal flaw, though, is its lack of defense. It ranks 10th in defensive efficiency in the Big Ten, 99th in the country, and continually struggles to stop anyone in crunch time. The poor defensive effort has cost the Boilermakers a few wins in the past month and will likely prevent them from going deep in the bracket – just like last year.

Houston might be one of the more confusing teams in the bracket this year. On the one hand, the Cougars are coming off a Final Four run last season and are currently top 10 in all of the computer rankings and advanced metrics. At the same time, their elite-level offensive and defensive efficiencies are a bit inflated because of the lack of competition in the American Athletic Conference. Plus, Houston has lost both of its toughest non-conference matchups against Wisconsin and Alabama – the only true Tournament-bound teams it’s faced.

It is impressive that Houston is still pumping out wins despite losing its two best players for the season early on (Marcus Sasser and Tramon Mark). That could come back to bite the Cougs, though, if they get matched up with a quality opponent in the first or second round. Either way, predicting how far this team can go is nearly impossible until it proves it against other good power-conference squads.

LSU is one of those teams that boasts slightly stronger computer rankings and advanced metrics than what the record or projected seed indicates. The Tigers’ best attribute is their elite defense that’s the fifth-most efficient unit in the country, per KenPom. Even though Will Wade’s squad can limit opposing scoring well, the offense is a major weakness of its own and a big reason why LSU is sub-.500 during SEC play. Not being able to score late in games has cost the Tigers multiple wins against conference competition and that’ll be an issue in the NCAA Tournament – especially if they play a good offensive team in the first or second round.

Iowa is a scary team to either pick for or against this year. The Hawkeyes boast a high-scoring, fast-paced offensive attack that can jump out to big leads in any given game. Led by breakout stud Keegan Murray, they regularly score 80-90 points per game and force opposing teams to match them. At the same time, though, their defense isn’t consistent enough to trust against another top-tier scoring team that’s up for the uptempo challenge. The struggles on the defensive end are the main reason why Iowa’s only “good” win is against Ohio State, while it’s lost every other test against the top-end of the Big Ten. Plus, it’s hard to ignore last year’s disappointing second-round loss as a No. 2 seed.

Like Purdue and Iowa, the Buckeyes are yet another Big Ten team that boasts a strong offense but struggles on the defensive end. Ohio State has the 11th-best offensive efficiency in the country, per KenPom, and claims a National Player of the Year candidate in EJ Liddell. However, the defense is ranked outside of the top 100 and it’s cost OSU wins against Nebraska, Maryland and Rutgers in the past month. If opposing teams can slow down or limit Liddell’s scoring talent, the Buckeyes’ supporting cast is hit-or-miss whether it can pick up the slack offensively. Even if they can, the defense is still a big question mark as it pertains to holding leads late in games. To make matters worse, this team still has the unfortunate burden of losing in the first round a year ago.