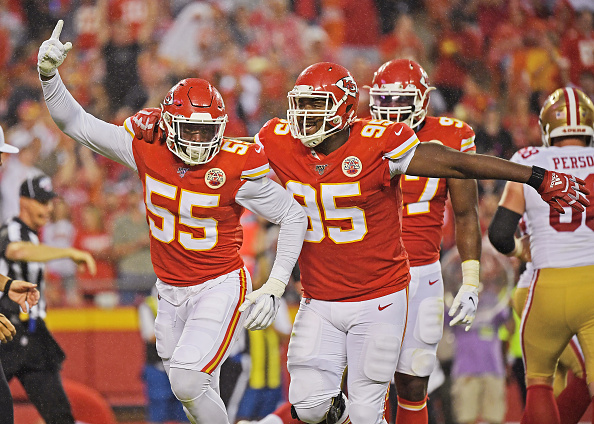 You don’t necessarily think of the Chiefs having a dominant defense. Even when they had Marcus Peters early in his career when he was outstanding they still had some holes elsewhere. You have to like them as favorites to repeat as Super Bowl champions considering they still have a premiere quarterback, the core of their offense is under contract for a few more years, and they just added another weapon with their first-round pick in April’s draft. But is there a recipe for success for this D/ST in 2020?

For starters, Kendall Fuller signed with the Washington Redskins. That’s isn’t a ridiculously huge loss, but he did have a couple big plays in the Super Bowl including this impressive interception to seal the win for Kansas City. Emmanuel Ogbah had a decent season after missing six games. He finished with 5.5 sacks, but he opted to head for warmer weather and signed with Miami. And lastly Reggie Ragland signed with Detroit. Perhaps the biggest storyline surrounding the Chiefs’ defense is the fact that they don’t appear to be getting very far in contract negotiations with 2019 Pro Bowler, Chris Jones . Jones was given the franchise tag back in March, but the team is looking to either lock him up or potentially deal him. There are some rumblings he could be dealt to Seattle, or a Jones-for-Jamal Adams deal could shock everyone. Either way, he’s currently only on the books for 2020 and then could sign a big free agent deal elsewhere. They didn’t have any huge free agent signings on the defensive side of the ball save for maybe Antonio Hamilton and Taco Charlton , to hopefully touch into Charlton’s first-round potential he hasn’t lived up to yet. But again, no big acquisitions for the defense.

The Chiefs only allowed 20.2 points per game last year and over 350 yards of offense to opposing teams. Regardless of the mediocre numbers, Pro Football Focus graded the Chiefs’ defense as 24th in the league with a score of 64.2 and they were bottom five in run defense and pass rush. Despite the presence of Frank Clark and Chris Jones on the defensive line, they could use some assistance. Perhaps the bigger need was for the defensive line or at linebacker for Kansas City. They went and selected Clyde Edwards-Helaire, a running back out of LSU. Sure, that’s definitely a sexy pick that makes the offense better, but the defense could still struggle and offensively teams will scheme against the Chiefs for slower, more time consuming drives in order to keep Patrick Mahomes and Co. off the field. That strategy didn’t necessarily work in the postseason as the Chiefs overcame numerous deficits to claim the Super Bowl, but it is still may be the best approach to be Kansas City considering how explosive the offense is. 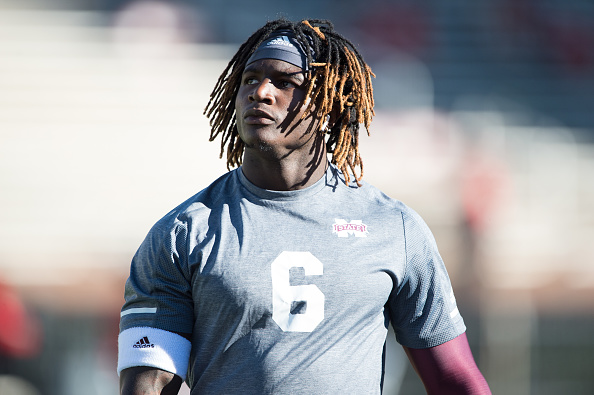 With their second-round pick the Chiefs selected Willie Gay Jr. He’s a solid prospect with a high ceiling, but he missed eight games last season due to a suspension and finished with six sacks and 11 tackles for loss in his three-year collegiate career. However, given the lack of depth the Chiefs have at linebacker, there’s an argument to be made that he’s the best linebacker in Kansas City. They also added L’Jarius Sneed, Mike Danna, and Thakarius Keyes later in the draft. Sneed could actually contribute right away given the depth at cornerback is almost as bad as linebacker. Plus, he’s incredibly fast and played cornerback and safety in college.

For the Chiefs to have fantasy appeal in the 2020 season it’ll come down to whether Chris Jones is still on the team. If they want to make another Super Bowl run it’s in their best interest to stick with Jones one more year. He probably walks in free agency next year and the team gets a compensatory draft pick, but if they deal him before the season they could possibly get a first-round pick for him.

Last year the Chiefs actually averaged the 11th-most fantasy points on a per game basis. The Chiefs really struggled defensively early on, but they found their groove after their Bye Week. In the first 11 weeks they yielded four or fewer fantasy points seven times. Following their bye week they rattled off five straight fantasy performances with at least nine points. They averaged 7.6 fantasy points per game which is right in the wheelhouse of what we’re looking for in a streamer. And despite the deficiencies in their defense they’ll be a frequent streamer for me this year.

If the offense can get out to numerous big leads then this presents garbage time for other teams. This forces teams to throw more and while there is the risk of points and yardage being surrendered, it also opens a window for interceptions and sacks. They’ll have to matchup against a loaded NFC South in addition to games against Baltimore, Houston, and Buffalo. But they also have easier matchups against Miami, New York (Jets), Las Vegas, Los Angeles (Chargers), and even New England should be an easier matchup on paper.

Their Week 1 opening matchup could be a sneaky good matchup to stream. Currently the Chiefs are favored by 10.5 points and the over/under is set at 55.5 which is higher than we normally like to see. However, I actually like the Chiefs defense in this matchup for a few reasons. 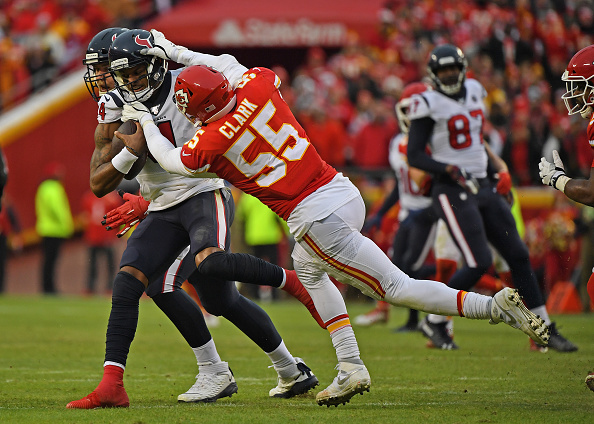 For starters, Deshaun Watson went on to have a great game the last time the Texans played in Arrowhead Stadium in the AFC Playoffs. But the Texans would only put up ten points after the first quarter in what would be a 24-point come-from-behind victory for Kansas City. The offensive numbers for Houston were pretty front-loaded and the Chiefs did a good job shutting them down in the second half. Additionally, the offensive line for Houston could still use some help despite the great play from Laremy Tunsil last year. And this will be Houston’s first game without DeAndre Hopkins . The addition of Brandin Cooks ’ fills the void somewhat, but he won’t have the chemistry yet with Watson, and he doesn’t have the bigger frame of Hopkins.

It wouldn’t surprise me in the least if Kansas City came out early on and put on a show on the night they raise the Super Bowl banner. Seven-to-eight fantasy points are well within reach in this matchup with the potential for more. The first game of the season can be a bit sloppy for some teams so I wouldn’t be surprised if Kansas City collected four sacks and forced a couple turnovers and held the Texans to a low score. And if you do opt to stream them in Week 1 you can draft them in the 14th-or-15th round given their current ADP. I’d rather grab them at that price than reach for another D/ST a few rounds earlier.

For the rest of the season, the Chiefs will be in play as a streamer for a few games here and there. It may not be advisable to stream in Weeks 2-4 when they encounter a pretty rough gauntlet of matchups. But from Weeks 5 to 14 there are plenty of matchups where the Chiefs will be on the table. They could end up finishing the season as a fringe Top 12 D/ST in fantasy football once again. In the playoffs you may want to avoid them with tough Week 15 and 16 matchups against the Saints and Falcons. The game against the Saints will be in the Superdome which easily caters to New Orleans. I’m hopeful the Chiefs hang on to Chris Jones one more year and hit their stride earlier than they did in 2019. I’ll be targeting them for numerous matchups if they’re available on waivers following Weeks 3 and 4. Expectations always need to be tempered when streaming a D/ST and you might be able to find them on waivers at some point. The upside may not be incredibly high, but this is a team that’ll be in position to collect 45+ sacks once again this season.