Chris Wassell takes a look at the latest injuries around the NFL and what the potential impact might be for fantasy hockey owners. 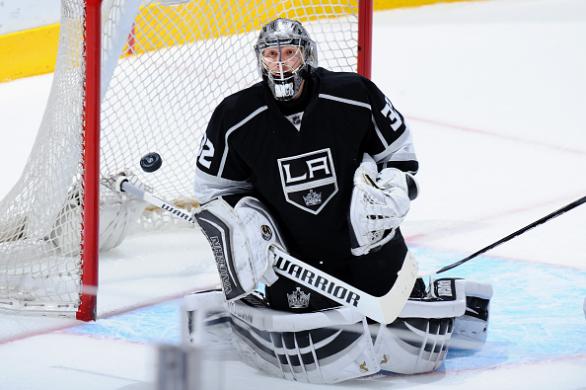 It is never easy to foresee the unforeseen. Injuries happen every day in the NHL and here at FantasyAlarm, our goal will be to help you try to stay on top of those maladies. Counting all the latest bumps, bites, and bruises, there were 84 players held out of lineups. Five of those are long term injuries from a previous year. Those players are likely not to return or have retired. That leaves 79 who have been hurt this season. Here are some of the more notable ouches out there and their possible prognosis on this Friday. Periodic updates and returns are provided as well. The latest walking wounded is listed below.

Pavel Zacha is now out with a concussion which will keep him out another couple games at a minimum. The concussion was suffered earlier in the week. New Jersey’s first round pick from 2013 was just starting to heat up too. The best bet on advice is just to wait as he goes through the protocol of recovery. At some point, he will be able to skate with contact. Until then, there is no real way of knowing when he will return.

Mitchell Marner is still out with that upper body / shoulder issue and the concerns are rising some. There are a few suggesting it may be something else 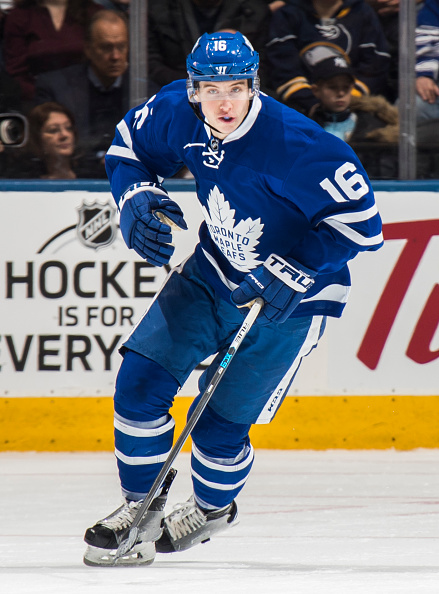 entirely like a hand or finger/thumb. The longer he is out, the more speculation there is. His next opportunity to return is Saturday but with Mike Babcock’s vague description of day to day, do not assume anything at all.

Sam Reinhart is still day to day with an illness. Admittedly, fantasy people are getting restless as this has lingered for a little over a week. It is rumored that he is feeling better but his status for Saturday and the weekend is uncertain. This will be a fluid situation so it is best to keep an eye on social media for the latest on Reinhart’s condition.

Mark Stone was injured against Winnipeg last weekend. The neck injury was thought to be a concussion perhaps and it may have been. However, he is practicing so tonight’s game is one he will miss. Sunday may present another chance to return. If not, then the waiting game continues into next week. At least, this is not as serious as first feared.

Mike Hoffman is kind of in the same boat as Stone in some ways. He has a groin injury that will likely keep him out for Friday. The forward is practicing and may be able to return over the weekend. It comes down to if he can play at or very close to 100%. The groin is a fickle injury and his status could change at any time. This will be one to keep an eye on as Hoffman is an important part of Ottawa’s offense and most fantasy teams.

Jonathan Drouin is day to day with the flu. The funny part is that he has been sick for over a week at least. It is just that the symptoms worsened. He was scratched against Calgary on Thursday. Tampa Bay has the weekend off anyway so it is likely that Drouin will return Monday. This does explain why the flu keeps spreading. Players are playing through symptoms. It is the age old argument of wash your hands, go home when one feels sick, and rest plenty. 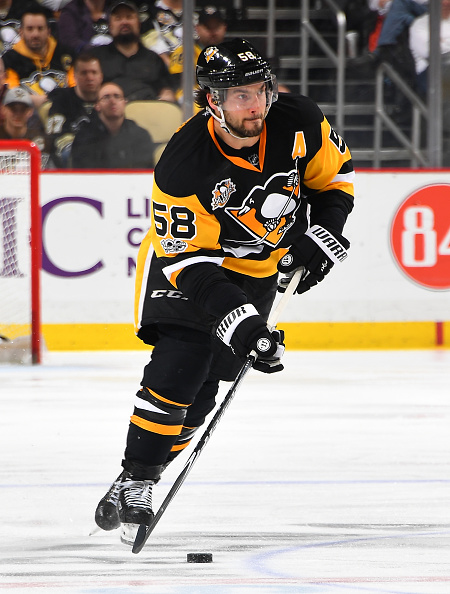 All of Pittsburgh’s defense is injured. That is not the case but it sure feels that way. Four of their top six defensemen are now out. Olli Maataa and Trevor Daley are out for the rest of the regular season with their injuries. Justin Schultz is no closer to returning from his concussion than he was last week. Now, we add Kris Letang to the mix with a lower body injury. This was suffered sometime during the game against Carolina on Tuesday. He is questionable for Saturday. Pittsburgh had to acquire Ron Hainsey out of necessity more than anything else. They need healthy bodies.

Adam Larsson and Andrej Sekera both may be out of this weekend’s games due to a lower body injury and undisclosed injury respectively. Edmonton has had to give Matt Benning a more prominent role once more because of it. Late word has come in that Larsson is not limping and may just play against Washington tonight. Sekera is more of a wait and see at this time.

John Gibson was an unexpected late scratch on Wednesday after suffering a lower body injury earlier in the week. Initially it was thought to be illness but that was not the case. His next chance to return will be on Saturday against Los Angeles. The thought process err hope was to give Gibson time to rest his ailment so he would be ready for the weekend. Let’s see if that was the case.

Jonathan Quick is seeing more and more action in simulated games. Also, these games are involving contact as well. He may return next week perhaps. The groin seems just fine so it is a matter of getting in game shape now. For now, Peter Budaj remains the starter but the clock is ticking.

Chris Wassel can be heard on Fantasy Hockey X every week and on various places throughout the internet. He can be followed on Fantasy Alarm and Twitter @ChrisWasselDFS. A special thanks this week to nhl.com, George Richards, Brian Metzer, Dan Rosen, and Selene Parekh of The Fantasy Doctors for all their information. 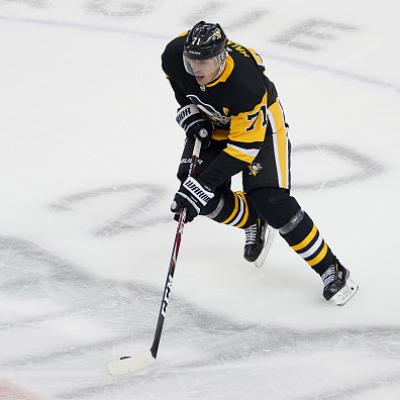 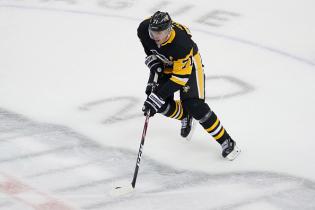 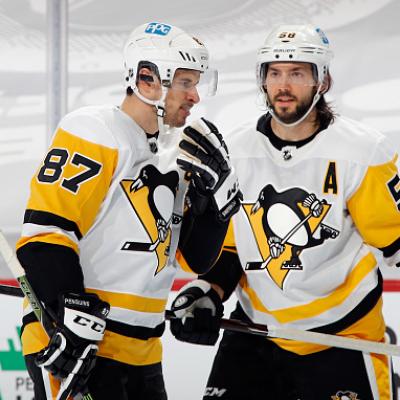 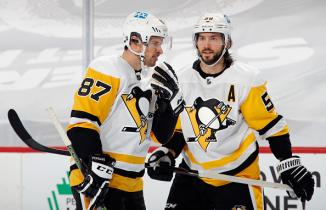 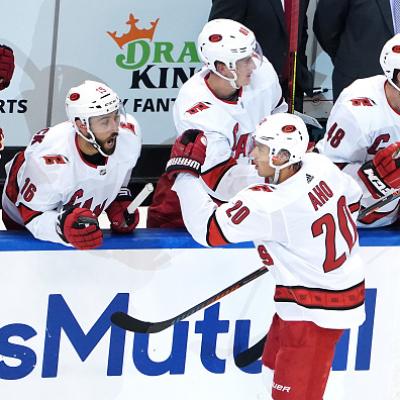 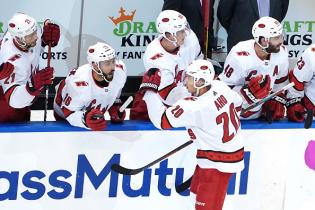 NHL Casey DeSmith to get start on Sunday

A. Athanasiou - F
LA
Andreas Athanasiou scored for the second straight game Saturday.
It has been quite a start to the season for Athanasiou who played for Detroit and Edmonton last season before the Oilers did not give him a qualifying offer. The Kings signed him on December 28 and he has gotten off to a great start with a couple of goals in two games.
Added 11:17 am (EST)
Added 11:17 am (EST)

J. Howard - G
DET
Jimmy Howard is set to announce his retirement.
Howard was asked to play for the Oilers by his former GM in Detroit Ken Holland but he has decided that he likes his family life too much to return to the NHL. The Oilers are reeling in net with Mike Smith on LTIR and then losing Anton Forsberg through waivers. Congratulations go out to Howard on a strong NHL career, even if the shine was off him last season.
Added 11:09 am (EST)
Added 11:09 am (EST)

C. Tanev - D
CGY
Chris Tanev blocked eight shots in Calgary's 3-0 win over his former Vancouver teammates.
Tanev was outstanding and he kept it up with great penalty killing as well. “I mean, he’s been doing that for me ever since I came to Vancouver,” goaltender Jacob Markstrom said of Tanev who were teammates the last five full seasons in Vancouver as well as this season in Calgary. “It’s a great fit for him here, and he’s a great guy. He’s fit right into this locker-room, and guys love him already, and they see why I loved him so much as a teammate before. I’m lucky to have him with me here in Calgary.” Tanev has little fantasy value in most pools but is a huge factor on the ice.
Added 11:01 am (EST)
Added 11:01 am (EST)

M. Olivier - F
NSH
The Nashville Predators have activated Mathieu Olivier from the taxi squad.
Olivier had six hits against the Blue Jackets in only 11:58 of action. He played eight games with Nashville in the 2019-20 season, picking up one assist before returning to the minors. He has no fantasy value in traditional pools.
Added 10:34 am (EST)
Added 10:34 am (EST)

T. Harley - D
DAL
Thomas Harley has been practicing with veteran Andrej Sekera.
Coach Rick Bowness will give the 19-year-old Harley, who played for Canada at the World Junior Championships a couple of weeks ago, every chance to make the Dallas defensive corps. "We're giving Thomas a chance to work with a veteran," Bowness said. "Thomas is here to make the hockey club. He's got to take advantage of the fact that Feds (Taylor Fedun) is out, Pysyk's out, Miro's out, (Oleksiak's) out. He's going to get a good look. If you want to give him a good look, put him with a veteran and see how it looks. He's here to make the team. You've got to give him a good, experienced partner to see how close he is to being ready to help our team." Harley had 18 goals and 57 points in 59 games with Mississauga of the OHL last season and has a strong offensive game.
Added 10:29 am (EST)
Added 10:29 am (EST)

K. Kapanen - F
PIT
Kasperi Kapanen is out of quarantine and skated on Sunday morning.
That's good news for the Penguins but Kapanen will still miss Sunday's tilt versus Washington. Look for Kapanen to play on the top line when he returns to action this week, alongside Sidney Crosby and Jake Guentzel. Kapanen played for Toronto last season where he had 13 goals and 36 points in 69 games.
Added 10:12 am (EST)
Added 10:12 am (EST)