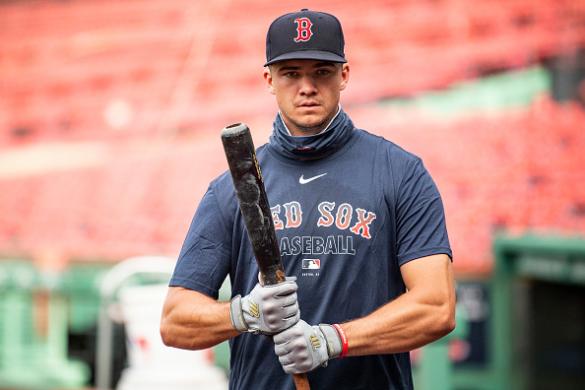 This week, it was home run that reigned supreme in the Twitter vote! Make sure you follow me on Twitter (@colbyrconway), as that is where you can find the weekly poll. So, make sure you cast your vote next week!

We find some guys that are likely available in your league, and while they are far from household names, they could be pivotal factors as you make your chase for the title. There’s a powerful hitter in Boston that is leaving the yard like his life depended on it, and a San Francisco outfielder not named Mike Yastrzemski whose services you should employ. Lastly, hitters in Detroit and Seattle provide some fantasy pop for the final couple weeks.

Bobby Dalbec, BOS – I’d be remised if this article on power didn’t begin with the powerful Bobby Dalbec. Sure, his average exit velocity isn’t overwhelmingly off the charts, but his barrel rate is absurd. He’s homered in five straight games, and while the batting average isn’t quite what you’d expect,...

J. Irvin - SP
WSH
Nationals RHP prospect Jake Irvin underwent Tommy John surgery last week.
Irvin will need around 13-15 months of rest and rehab, which means he is doubtful to pitch in MLB-affiliated ball in 2021. The 23-year-old righty was selected in the fourth round of the 2018 MLB Draft out of the University of Oklahoma and holds a 3.50 ERA, 1.23 WHIP, and 128/45 K/BB ratio in 149 professional innings, all below High-A.
Added Yesterday 5:58 pm (EST)
Added Yesterday 5:58 pm (EST)

B. Kintzler - RP
MIA1
According to SportsGrid's Craig Mish, the Marlins "want" to bring back closer Brandon Kintzler.
They could just go ahead and exercise his $4 million club option ($250,000 buyout) for 2021, but Mish seems to be indicating that the two parties might both share the desire to work out a multi-year agreement of some sort. Kintzler, 36, registered a sharp 2.22 ERA with 12 saves over 24 1/3 innings during the regular season before tossing three scoreless frames between the Wild Card Series and National League Division Series.
Added Yesterday 5:46 pm (EST)
Added Yesterday 5:46 pm (EST)

Z. Godley - SP
BOS
Zack Godley has elected to become a free agency.
Godley chose free agency after the Red Sox outrighted him off the major league roster. The veteran right-hander posted a brutal 8.31 ERA and 1.95 WHIP over 28 2/3 innings this season before going down with a flexor strain.
Added Yesterday 4:05 pm (EST)
Added Yesterday 4:05 pm (EST)