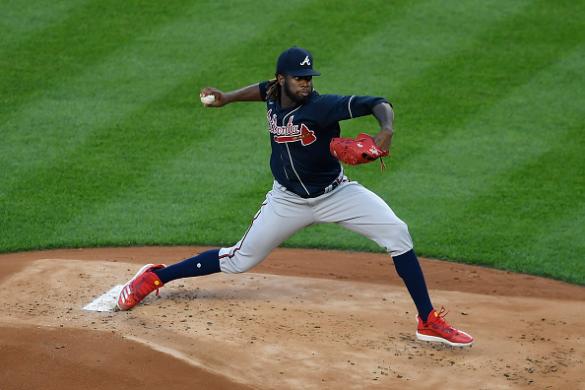 This week, those who need pitching help made their voices loud and clear in the category vote, which you can find each week on my twitter (@colbyrconway) so make sure you cast your vote next week! 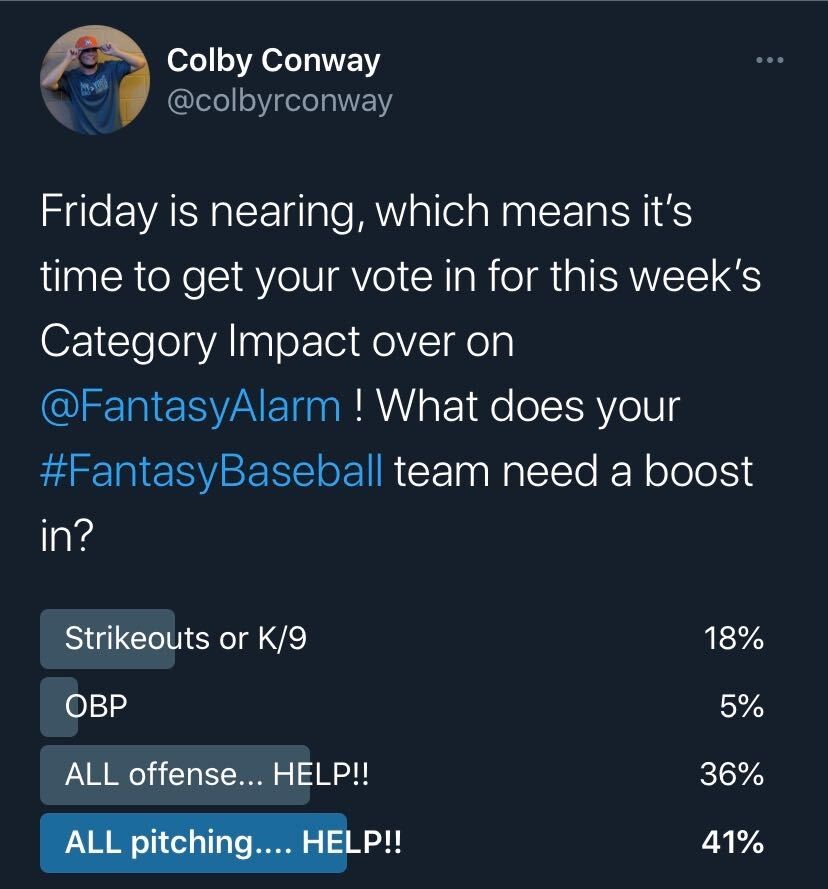 When posting this poll, I kind of figured that the “all pitching” category would do quite well. I mean, I’m right there with y’all in my leagues, as I find myself in dire need of some quality arms. Some owners in my leagues are hesitant to make trades in this shortened season and everything is amplified under a strong microscope. So, I’m left scouring the waiver wire, but the good thing about that is that I am able to recommend some guys that could be available in your league to help out your pitching staff.

Daniel Bard, COL – Bard earned his first save in what feels like an eternity and while he’s not a prime source of saves, I do believe he’s worth a speculative add. He came out the gates a bit slow, allowing six hits and only striking out four guys in 4.2 innings of work in July, but since the calendar has turned to August, he’s been lights out. In 4.1 innings this month, he’s posted a 2.08 ERA and an 8:0 K/BB ratio. What’s the difference? Well, after opponents hit .429 and .500 off his sinker and change up respectively, he’s backed off those pitches and his throwing his fastball and slider a combined 88+ percent of the time. It’s allowed him to induce more soft contact and even though opponents are hitting the ball in the air more, more soft contact helps with that. However, let’s not ignore the fact that his pitching profile in August suggests he’s more of a strikeout/flyout guy, and the latter doesn’t play well in Coors Field. However, as a speculative add for saves with a nice K-rate, he’s worth the add.

Touki Toussaint , ATL – Toussaint flashed legit potential throughout his minor league career. The less-than-.500 record and 4.31 ERA were far from ideal, but 601 strikeouts across 569.2 innings is enough to raise some interest. At the major league level, Toussaint just hasn’t been able to figure it out. Despite being 6-2 in the majors, he has a career 5.42 ERA, but a 4.41 FIP and 4.68 xFIP indicate that he might just be on the wrong side of the luck spectrum. Let’s address the negatives first. He’s been incredibly inconsistent, allowing more hard contact than before, his barrel rate allowed his nearly doubled from last year, and he’s still incredibly unlucky. All of that is true, and I won’t argue that, but there’s a few things to point to where in the right matchups, he can be serviceable.

Atlanta needs to let him in the rotation for at least another start, and this weekend against the Marlins is a good opportunity for Toussaint to dazzle. His 25.0 percent HR/FB ratio is astronomical and will return to a more normal rate, as will that .310 BABIP. Furthermore, his strikeouts are up, and his walks are down, which is key for a young pitcher who flashed a walk rate of 13 percent or higher in 2018 and 2019. Lastly, he’s added a slider into the repertoire this year, and the results have been overwhelmingly negative. If he can continue to harness his control, we could see the tide turn if he limits the usage of that slider and throws the curve or splitter more.

Zach Davies , SDP – Unlike the majority of the other guys in this article, Davies does not offer above-average strikeout upside. What he does offer is a proven track record of some notable success at the big-league level, and he has a career 3.87 ERA since entering the bigs with Milwaukee back in 2015. In his inaugural season with San Diego, he’s enjoying a career-high strikeout rate (21.2%) and a career-low in the walk department (3.5%). Despite the fact that his 7.8% barrel rate and 20.6 degree launch angle are the worst marks of his career, he’s been able to mitigate that danger by limiting hard contact especially on fly balls and line drives in particular. Some of his metrics, notably ranking at the 47th and 41st percentile in xBA and xSLG respectively, indicate that some regression could be in store, especially if that launch angle remains that elevated. His next start comes on Monday against the Texas Rangers.

Gregory Soto , DET – Let’s make this one quick and easy: 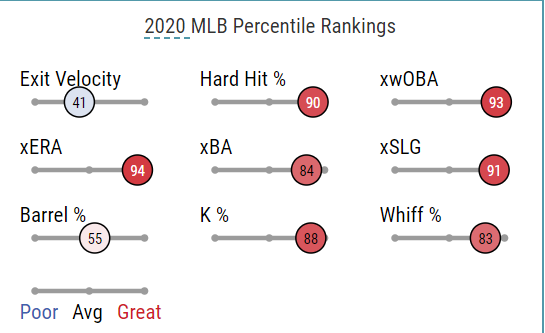 A lot of red on there, which is excellent. There’s a lot to like there, and his 14 punch outs across 10 scoreless innings is phenomenal. His overall numbers at the big-league level are a bit inflated, but when you dig into the numbers, Soto has been incredibly effective when Detroit has not used him as a starter.

He’s not in a direct line for saves, but he’s a Joe Jiménez slip up/trade/injury from being a must-add in all formats. Get ahead of the curve and enjoy some strikeouts from the southpaw in the interim.

Taijuan Walker , SEA – Walker has been consistently inconsistent this year, and I mean that in the sense that he’s alternated good and bad starts. His most recent start was a good one, as he fired six innings and punched out five Rangers on Wednesday. Now, he’s had some bad starts this year, but overall, he’s fared far better at home than on the road. His 3.38 ERA at home is far better than his 4.82 ERA on the road, and despite an insanely elevated fly ball rate at home compared to the road, he’s been able to limit that damage. Seattle did have a humidor installed before the season and it appears that Walker is reaping some of those benefits. His hard contact allowed at home is 23.5 percentage points lower than that on the road! It’s a small sample size, so we can’t point everything to that, but it’s worth noting.

Also, he’s using his fastball way less than recent seasons and throwing his cutter more than ever before. In fact, through his first four starts of 2020, his cutter’s whiff rate is on pace for the second-highest mark of his career, trailing only 2016. His next start is less than favorable against the powerful Dodgers, but it is at home, so that sparks some optimism. 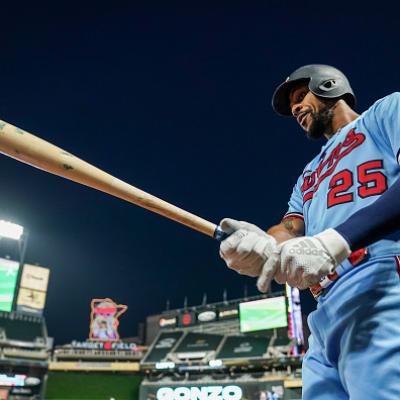 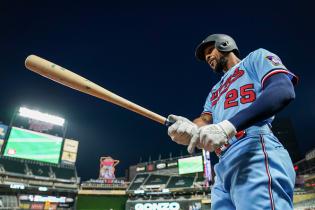 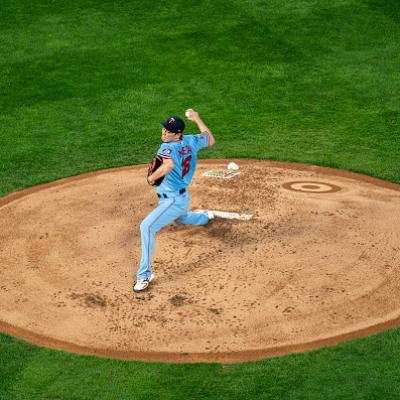 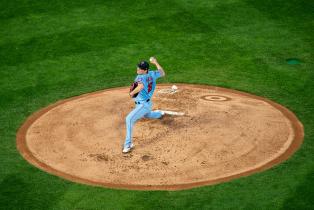 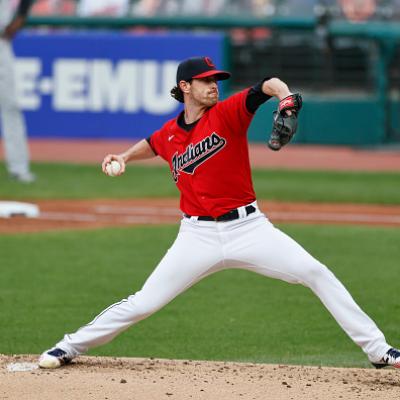 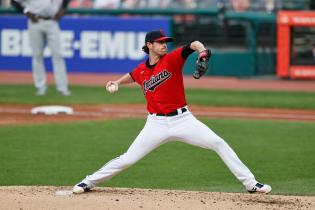 MLB Brent Suter starts for Brewers in Game 1 on Wed.

A. Judge - RF
NYY1
Aaron Judge homered Tuesday as the Yankees trounced the Indians in Game 1 of the Wild Card Series.
Judge got the party started against Shane Bieber and the Tribe, following a first-inning leadoff single by DJ LeMahieu with a two-run homer to right-center field. The big slugger was limited to 28 games during the condensed 2020 regular season due to lingering right calf issues, but he has a clean bill of health here in late-September and will try to help the Bronx Bombers humble some more aces deep into October.
Added Yesterday 11:05 pm (EST)
Added Yesterday 11:05 pm (EST)

G. Torres - SS
NYY1
Gleyber Torres went 4-for-4 with a home run, three RBI, and three runs scored in the Yankees' Wild Card Series Game 1 victory over the Indians on Tuesday.
Torres also drew a walk in the game, reaching base all five times he stepped to the plate as the Bronx Bombers put up 12 total runs -- helped by four total homers -- against Shane Bieber and the Cleveland bullpen. Torres recorded three singles and belted a two-run shot off Bieber in the top of the fifth inning. The young shortstop has now hit four career postseason homers, the second-most of any past or present Yankees player aged 23 or younger. Mickey Mantle had five postseason homers before his 24th birthday.
Added Yesterday 10:41 pm (EST)
Added Yesterday 10:41 pm (EST)

S. Bieber - SP
CLE1
Shane Bieber was shelled for seven earned runs over 4 2/3 innings as the Indians dropped Game 1 of the Wild Card Series to the Yankees on Tuesday.
Bieber will be named the 2020 American League Cy Young Award winner in November, but the Yankees had their way with him on this September night in Cleveland, tallying nine hits -- two homers, two doubles -- while also drawing two walks. The last time Bieber allowed seven earned runs was July 24, 2018, in his eighth career MLB start. Cleveland will try to bounce back in Game 2 on Wednesday behind Carlos Carrasco.
Added Yesterday 10:34 pm (EST)
Added Yesterday 10:34 pm (EST)

G. Cole - SP
NYY1
Gerrit Cole struck out 13 batters over seven innings Tuesday as the Yankees routed the Indians 12-3 in Game 1 of the Wild Card Series.
Cole surrendered an RBI double to Jose Ramirez in the bottom of the third inning and a solo homer to Josh Naylor in the bottom of the fourth, but he was otherwise terrific and thoroughly out-dueled 2020 American League Cy Young Award shoo-in Shane Bieber. Cole scattered six total hits and didn't issue a walk, becoming just the second pitcher in postseason history to strike out 13-plus batters without yielding a free pass. Tom Seaver, in 1973 for the Mets, worked the only other 13-plus-strikeout, zero-walk postseason game.
Added Yesterday 10:26 pm (EST)
Added Yesterday 10:26 pm (EST)

B. Woodruff - SP
MIL1
Brandon Woodruff is scheduled to start for the Brewers in Game 2 of the Wild Card Series on Thursday versus the Dodgers.
Brent Suter is handling Game 1 on Wednesday and there is a 'TBD' listed for a potential Game 3 on Friday. Woodruff was outstanding for most of the condensed 2020 regular season, posting a 3.05 ERA, 0.99 WHIP, and 91/18 K/BB ratio in 13 starts covering 73 2/3 innings. But obviously the Dodgers present a much tougher challenge than what he faced in the Central under MLB's geographic-oriented schedule.
Added Yesterday 9:08 pm (EST)
Added Yesterday 9:08 pm (EST)

B. Suter - RP
MIL
Brent Suter will start for the Brewers on Wednesday in Game 1 of their Wild Card Series matchup against the Dodgers.
Suter opened the condensed 2020 season as a reliever and his longest outing among his four starts was just four innings, but he pitched effectively in every role the Brewers tried, delivering a 3.13 ERA and 38/5 K/BB ratio over 31 2/3 total innings. He'll be facing off against Walker Buehler on Wednesday night at Dodger Stadium.
Added Yesterday 9:03 pm (EST)
Added Yesterday 9:03 pm (EST)