Colby Conway represented Fantasy Alarm at the King's Classic expert fantasy football draft and recaps how the draft went in both the snake and auction formats. 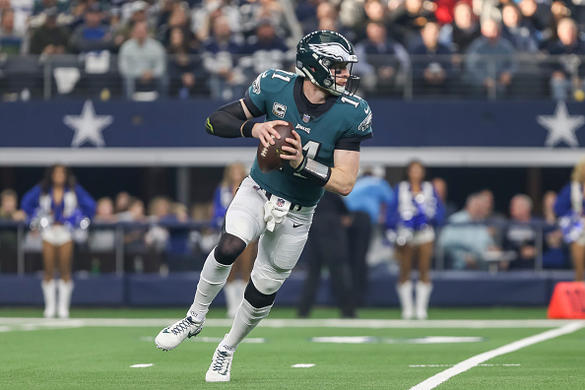 First and foremost, kudos to Big Guy Fantasy Sports’ Bob Lung and Yahoo’s Brad Evans for putting together another amazing King’s Classic in Canton, Ohio this past weekend.

After scoring the most points between the snake and auction drafts last year in the Blanda division, Fantasy Alarm moved up to the Brown division, getting to challenge the likes of ESPN, Yahoo and CBS Sports this season! It was originally going to be a tandem effort between Howard Bender and myself, but Howard was unable to make it, so I manned the ship for the second year in a row. Let’s take a look at my teams and see how it panned out for me.

Here’s a link to the spreadsheet containing all of the data for all four drafts this weekend.

Carson Wentz for $4 was excellent, and huge for this team honestly. Wentz, if healthy is a candidate to win the MVP this season. Health is a big if with Wentz at this point, but this is exceptional value. Derek Carr is a fine backup, as there is some upside with him, but hopefully Carr is only in the starting lineup one week this season.

Gurley for $37 may seem like a lot considering the arthritis and the reports of a lessened workload, but supposedly, he’s okay right now. Also, when you consider that Gurley was the 12th-priciest running back, that investment isn’t too bad. Personally, at this price, I’ll take the risk. Read my player profile on Gurley, and you’ll see there is a path to top 10 status, even with a diminished workload.

As for Leonard Fournette , I’m all in on him this year. I was willing to go to $40 for him, because I think he will be that good this season. Again, read my player profile on him. His expected workload just might be at a point that few can rival in 2019.

Kalen Ballage will be the bell cow while Kenyan Drake deals with a foot issue, and even then, Ballage is going to get the rock. Seven bucks for him was fine in my opinion. Quality flex option at the very least.

Justice Hill, good grief. Have you seen him this preseason? He’s got some shiftiness and is incredibly elusive, where as some of the other Baltimore backs are not. In a run-heavy scheme, even as the number two back, or three depending how you look at it, he could push for double digit touches on a weekly basis. Also, if Mark Ingram goes down, OOHHHHH BABY!!!

This just might be my favorite part of the team. Getting DeAndre Hopkins was huge for this team, and then the fact that he wasn’t even the most expensive was even better! He’s my WR1, and rightfully so.

I didn’t expect to get Davis at $9, but here we are! He’s got the opportunity to get some volume, despite a run-heavy offense, and a quarterback change to Ryan Tannehill a few weeks into the season can’t really hurt his value. We are banking on the upside here!

Mike freakin’ Williams…. YES PLEASE! He’s a red zone machine and could flirt with double-digit touchdowns this season. If Keenan Allen ’s ankle injury keeps him out longer than just the preseason or he has his snaps monitored early on, Williams is line for a possession receiver role to go along with that immense red zone upside. This might have been my favorite purchase of my auction draft.

Tre’Quan Smith and N’Keal Harry are solid values as the team’s WR4 and WR5.

I didn’t want to go above about $16 for Engram, but getting him at $18 wasn’t the worst thing in the world. He’s line for ample volume in this offense, considering all of the receivers are hurt or suspended, and historically, Engram has been a monster when Odell Beckham isn’t on the field. Well, OBJ is in Cleveland, and Engram is line for a career year. Tight end is a rough position, and I didn’t want to be left without one of the guys in the top two tiers. Jimmy Graham is an adequate backup, and hopefully, he is used more in the red zone this season.

I got one of each.

Health willing, this team has the chance to be very good. Wentz is a potential MVP candidate, while Gurley, Fournette, Hopkins and Williams all have the potential for double-digit touchdowns. Ballage and Hill are above average backups, and Davis and Jones have the potential to blossom this season. However, if the health of this team falters, we could be in some trouble.

I liked how the team turned out, but the work has only just begun.

So, to determine the draft order, we drew cards, and if you drew the Joker card, you had first pick in selecting your draft spot. I drew the Joker and requested the 2nd overall pick. I was fine with Saquon Barkley or Christian McCaffery, and honestly, I’ve liked my team builds in mock drafts out of the second spot, better than the first. Hence, I grabbed the second slot.

I opened with three running backs. I could have grabbed an Adam Thielen or T.Y. Hilton with that pick in the third round, but Josh Jacobs was hard to pass on. I felt confident in grabbing receivers coming back around, so I grabbed the last of the bigger name running backs I was confident in taking. McCaffery, Devonta Freeman , and Josh Jacobs give this team a strong foundation in a PPR format.

With picks in the fourth and fifth round, I wanted two of the following: Tyler Boyd , Mike Williams , Calvin Ridley or A.J. Green . Honestly, I wanted Tyler Boyd the most, but Bob Harris sniped him from me in grand fashion. So, as I mentioned with my auction team, gimme all the Mike Williams ! Then, once Calvin Ridley went, I grabbed A.J. Green . Yes, the injury is a concern, but he’s a WR1 when he comes back. There’s a lot banking on him, considering the rest of the depth at wide receiver (Jamison Crowder , DK Metcalf, and Zay Jones ) is a bit underwhelming, we need him sooner rather than later.

Eric Ebron and Noah Fant will hold down the fort at tight end for this team, while Gio Bernard and Ito Smith are quality backups in a PPR format, depth is a concern here, however, having McCaffery, Freeman and Jacobs lessens the concern a bit.

Oh yeah, at quarterback, Deshaun Watson ! I believe he ends the year as fantasy’s highest-scoring quarterback, and Josh Allen is an above-average backup in fantasy football. Remember, over the final six weeks of the 2018 season, Watson and Allen were QB1 and QB2 in total fantasy points. Love it!

Overall, I like the team, led by the three star running backs, emerging Mike Williams , and QB1 Deshaun Watson . A return to health, and excellence, for A.J. Green , as well as near double-digit touchdowns from Eric Ebron would help this team immensely.

Overall, I feel good about this team, especially if Green can return to health rather quickly into the regular season, and he immediately returns to WR1 numbers. If so, that would give this team top players across the board, and in a 14-team league, that’s pivotal.

It was a great weekend, and was a lot of fun, but it was a business trip, and I firmly believe I took care of business. We shall see as the season progresses though.

C. Newton - QB
CAR
The Panthers expect Newton (foot) to pass a physical and be ready to return to football activity in March, Jourdan Rodrigue of The Athletic reports.
For a full breakdown and detailed player analysis GO PRO and join the Fantasy Alarm Family! CLICK HERE to unlock your PRO package and take advantage of instant savings!
Added Yesterday 5:34 pm (EST) 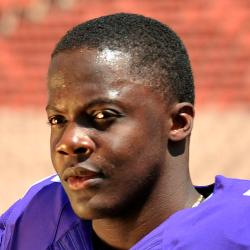 T. Bridgewater - QB
NO
Bridgewater is expected to have a strong market for his services as an unrestricted free agent this spring, Jeremy Fowler of ESPN.com reports.
For a full breakdown and detailed player analysis GO PRO and join the Fantasy Alarm Family! CLICK HERE to unlock your PRO package and take advantage of instant savings!
Added Yesterday 4:26 pm (EST)

B. Roethlisberger - QB
PIT
Head coach Mike Tomlin said Monday that he has "no hesitation" that Roethlisberger (elbow) will be ready for the 2020 regular-season opener, Brooke Pryor of ESPN.com reports.
For a full breakdown and detailed player analysis GO PRO and join the Fantasy Alarm Family! CLICK HERE to unlock your PRO package and take advantage of instant savings!
Added Yesterday 3:14 pm (EST) 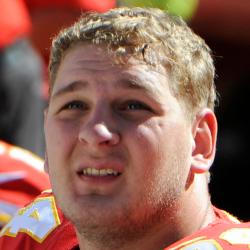