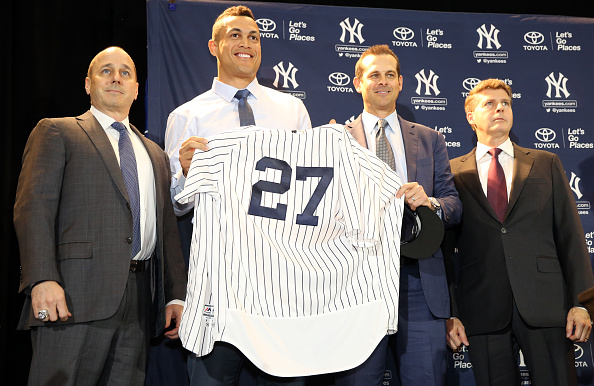 FA Nation, how are we doing this week!? This week, I wanted to have some fun with this piece and give my lukewarm and hot takes from the MLB offseason thus far. As of December 21st, 2017, at 10:30pm EST, these are my thoughts and feelings from the early parts of this offseason. While I have plenty of thoughts, feelings, emotions and hypotheses, these are a few of my biggest takeaways. 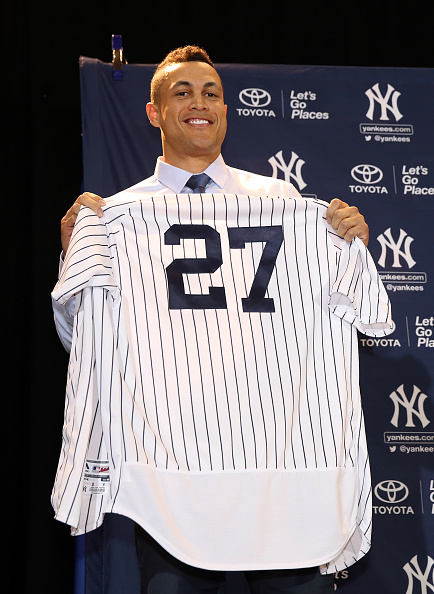 The Angels are a close second, given the Shohei Ohtani, Ian Kinsler, Hector Rondon and Zack Cozart moves, but it’s hard to overlook what the Yankees have done. Bringing in Giancarlo Stanton and resigning CC Sabathia helps the squad and the team looks poised to win the American League East this season. Boston can certainly compete, but they MUST sign J.D. Martinez to have such a chance. If Boston fails to sign Martinez, they will finish at least 6.5 games behind the Yankees for the division crown this season.

The opportunity to serve as a designated hitter will benefit Stanton greatly, and allow him to avoid some of the nagging injuries that have bugged him in the past. Per ESPN’s MLB Park Factors, Yankee Stadium was the 2nd friendliest stadium to leave the yard, even ahead of the launching pad that is Coors Field. The short-right field porch will play to the likes of Greg Bird and Didi Gregorius, but no field can contain Aaron Judge and Giancarlo Stanton. Oh yeah, they have Gary Sanchez, too!

Lukewarm take: The Yankees lead the league in home runs AND strikeouts this season.

Also, Yankees will land Gerrit Cole from Pittsburgh within the next week, guaranteed.

The Cubs are quietly making numerous signings that will enhance their ball club. Tyler Chatwood is going to step in be the team’s No. 3 starter, and a good one at that. As expected, he was much better away from Coors Field and everyone will see how effective he can be when his home ball park isn’t a launching pad with a jet stream unfavorable to pitchers.

Steve Cishek and Brandon Morrow gives the team two options at the back end of the pen. Cishek has 121 career saves and the sidewinder notched 25 saves back in 2016. His 8.3 K/9 last season should improve this year, and he’s a reliever you want to target this season. Barring a bad spring training, an injury, or a high-profile signing by the Cubs, Cishek opens the year as the team’s ninth-inning man.

On the other hand, Morrow was as good as it gets for the Los Angeles Dodgers in 2017, registering a 2.06 ERA, 0.92 WHIP and 10.3 K/9 in 43.2 innings pitched last season. While Cishek will open the year as the team’s closer, Morrow is going to be one of the most valuable setup men in the game this year.

These aren’t the flashiest signings, but they are going to make the Cubs a better team in 2018. Isn’t that what it’s all about? Other teams are making the big splash acquisitions, but the Cubs are making these lesser-known moves of which we should all be apprised. Take note.

The Baltimore Orioles Will Regret Not Trading Manny Machado 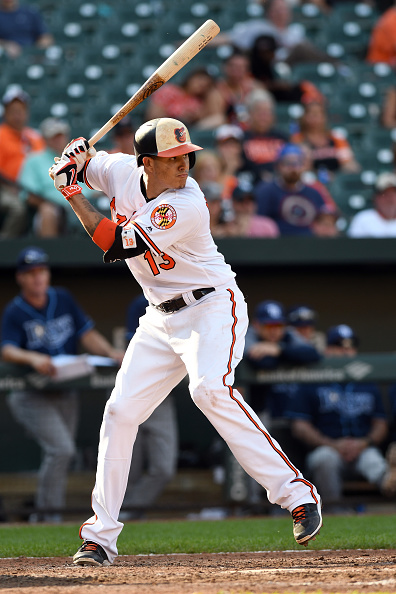 Machado had a down year last year, but he still clubbed 33 home runs, 95 RBI and swiped nine bags. His batting average, on-base percentage and slugging percentage all dipped, but bad luck (.265 BABIP) surely didn’t help. Machado sprayed the ball around the field like he always has and he even made more hard contact and less soft contact. Things didn’t break his way last year, but he’s still swatted 30 or more home runs with at least 85 RBI in three straight seasons, while playing at least 156 games. Machado has been durable, productive and a cornerstone player in this franchise, so why would Baltimore regret trading him?

The Orioles finished 18 games out of first in the AL East last season, and while the top two teams in the division are enhancing their rosters, Baltimore has done next to nothing, except dangle Machado’s name around and watch Zach Britton hurt his Achilles. Reports stated that the Cubs were offering one hell of a package, including the likes of Addison Russell and Albert Almora Jr, along with other pieces. WHAT ARE YOU DOING BALTIMORE? You really think Machado is going to sign a contract with the Orioles after this season?

Teams were offering a large haul for a player who would turn out to be a one-year rental, because Machado is destined to head to the Big Apple and play for the Bronx Bombers. Baltimore missed numerous opportunities to strengthen their franchise for the future, and they instead chose to skip on good young pieces to watch their star player play one more season at Camden Yards. Huge mistake.

Thirty-five long balls would be a career-high for both guys, but it happens this year, FA Nation!

Alonso has 67 career home runs at the major league level, and 28 of them came last year. His numbers spiked, particularly slugging percentage, ISO, HR/FB rate, fly ball percentage and hard-hit percentage. If Alonso’s HR/FB rate falls to the middle of last year’s mark and his career mark, which would be 14.3 percent, that puts him among the likes of Nicholas Castellanos, Byron Buxton and Francisco Lindor. Castellanos hit 26 home runs last year at that mark, Buxton hit 16 and Lindor hit 33. Of course, that’s a narrow-minded look at the situation, but it does show that Alonso could break last year’s mark, even with a decrease in his HR/FB ratio. Alonso is certainly on my board this year.

On the other hand, Santana could approach upwards of 40 long balls this season. Per ESPN’s MLB Park Factors, Citizen’s Bank Park is the most favorable place for home runs. Yes, even more than Yankee Stadium and Coors Field! Despite dropping to 23 homers last year, he’s just one year removed from a 34 home run campaign with the Indians. Yes, he’s an on-base machine, but he’s got power, hits line drives and fly balls, and never gets cheated in an at-bat. Losing the opportunity to serve as a designated hitter hurts a bit, but Santana has been one of the more durable players in the league, playing in at least 140 games in each of the last seven campaigns. Opponents will have to pitch to Santana, as there is some nice pop in that Philadelphia lineup this season.