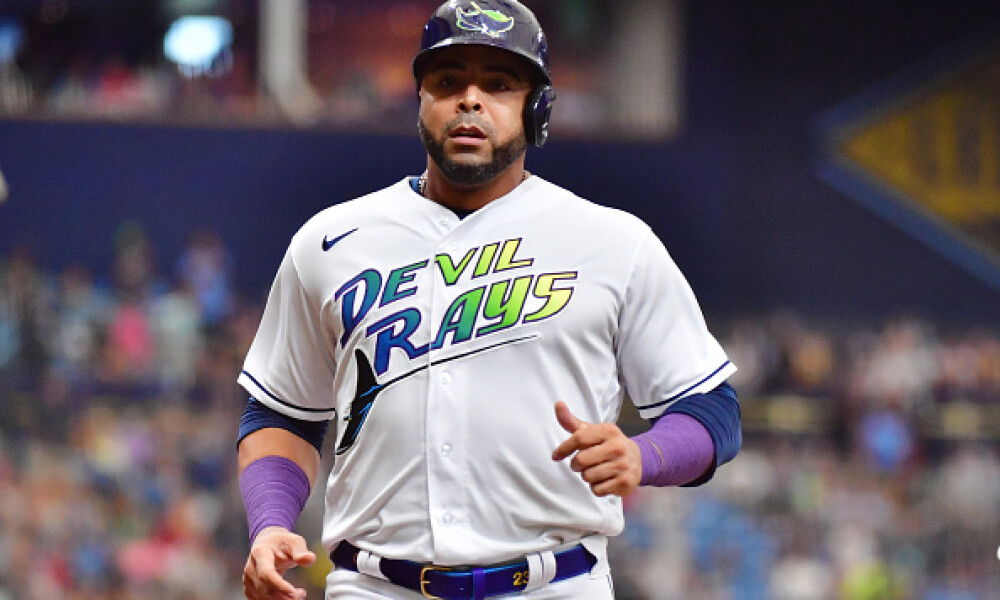 It’s Sunday, so you know what that means! It’s time to take a look at the interleague matchups for the upcoming week and determine how it will affect our fantasy lineups. What fantasy players stand to gain some value? You’ll find that and more here at Fantasy Alarm!

This week, we have a handful of games that are of the interleague variety! Keep on reading to see who gains/loses some at-bats, as well as fantasy value for the week that lies ahead.

Since the Yankees acquired Joey Gallo from the Texas Rangers, Giancarlo Stanton hasn’t seen much time in the field. It’s just a two game series, but Stanton might be relegated to pinch-hitting duties against the Braves. I don’t know if the Yankees will do it in both games, but Stanton can remain starting in weekly setups, as at least one of the games will feature a Yankee outfield of Gallo in left, Aaron Judge in center and Giancarlo Stanton in right field. I don’t think it happens in both contests, but we will see that alignment at least once.

I highly, highly, highly, highly, highly doubt that the Rays will send Nelson Cruz to the outfield for this two-game set. Cruz will likely get a pinch-hit at-bat or two in this set, but don’t expect him to get a start. In weekly leagues, even with a tasty matchup over the weekend, you may need to sit Cruz this week, as he’s losing nearly half of his at-bats for the week.

Fernando Tatis Jr. could serve as the DH so that he can stay in the lineup but not have to play defense. Honestly, I think that is most likely, considering that they have been playing him in the outfield of late and nowhere near shortstop. I expect Tatis to serve as the team’s designated hitter, with Tommy Pham, Trent Grisham and Wil Myers holding down the outfield spots.

Since the Cubs unloaded all of their regulars, they have been playing matchups, and that figures to play prominently here. At time of writing, the White Sox are scheduled to throw three right-handed pitchers, and that stands to benefits the likes of Ian Happ, Rafael Ortega and Patrick Wisdom. Wisdom could serve as the team’s DH, which would let Matt Duffy play third base, or vice versa.

In the two games Milwaukee has played in an American League stadium, Christian Yelich served as the team’s designated hitter. That could certainly happen again, which would likely open up some at-bats for Jackie Bradley Jr., as he’ll play over Tyrone Taylor with Minnesota scheduled to throw three righties.