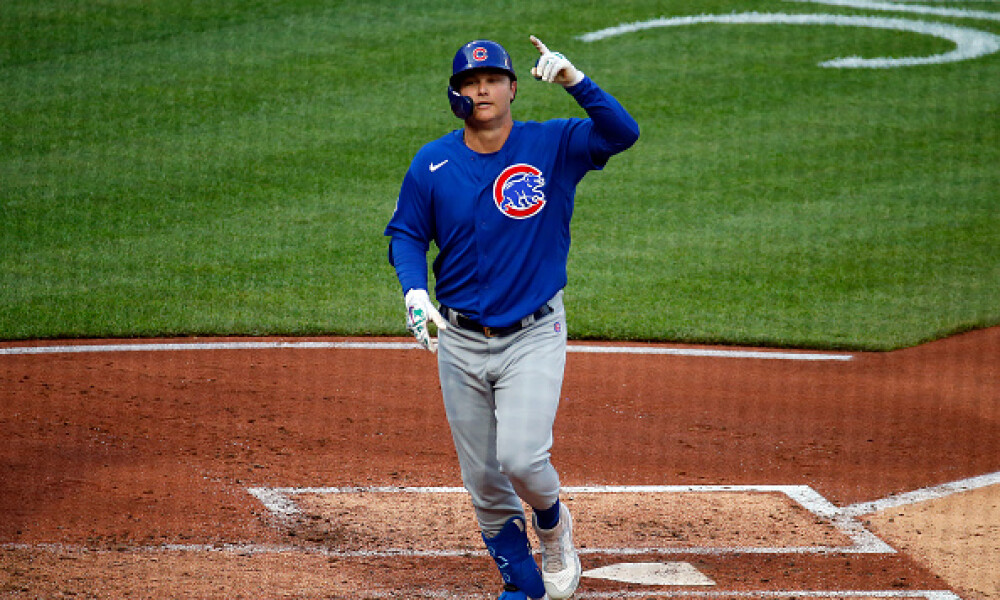 Don’t let the day games distract you from tonight’s eight game main slate! Yu Darvish and Lance Lynn are going to command a lot of attention, given their tasty matchups, but both also command a good chunk of your salary. While there are some cheaper arms you could take a look at, in cash games, you’re going to need value bats to fit Darvish or Lynn in your lineup. Fortunately, there’s a good bit of value, some of which are riding sizable hit streaks, that you can use in your lineup to save a couple dollars! Let’s dive in!

Garlick should be in the lineup today against a left-hander, giving his prolific numbers against southpaws. In 49 at-bats against left-handers this year, Garlick has three home runs, 11 runs scored, five RBI, a .306 batting average and a .939 OPS. Also, on the road this year, Garlick is a .314 hitter with a 1.037 OPS. The higher in the order the better for Garlick, and in his last six games, he’s hit three home runs and driven in five runners.

Cooper is sporting a .292 average and .833 OPS this year against southpaws. Pittsburgh’s Tyler Anderson has served up a .263 average to right-handed hitters, which is far worse than his .196 mark against southpaws. Right-handed hitters have put up an .805 OPS against Anderson in 2021, and Anderson is prone to the long ball, as seen by his 1.60 HR/9 and 16.7 HR/FB%. Furthermore, it’s hurt him recently, as Anderson has allowed seven home runs in his last 15 innings of work.

Gosselin has been getting some run against lefties of late, and that should continue. In 23 at-bats against southpaws this season, he has 10 hits (1 HR), good for a .435 batting average and 1.154 OPS. He’s minimum price on FanDuel and rocking a three game hit streak. If he can find himself at the top of the order, with Anthony Rendon and Shohei Ohtani behind him, he should have no problem providing a quality return on investment.

Righties haven’t had much success against Anthony DeSclafani in 2021, but lefties have a little something to hang their hat on. Lefties have hit .259 with a .739 OPS against DeSclafani, and furthermore, he has a 5.09 ERA in four home outings (skewed by a horrific outing against LA on 5/23). Oh, Pederson is 5-for-11 with three home runs against DeSclafani for his career. Pretty good, right?

Reynolds is hitting .270 at home, which is a good place to start with him today. Furthermore, while his numbers against righties are a bit lower than his marks against lefties, a .260 average with a .793 OPS is nothing to be upset by, especially at just $3,300! Although he has just two hits in his last nine at bats, this is a good matchup for Reynolds and his 56.9 percent fly ball and line drive rate. The Pittsburgh offense isn’t flashy, but there’s some value to be had today.

Wisdom is forcing David Ross’ hand, in that it’s getting hard to take him out of the lineup. DeSclafani has been tough on righties this year, but Wisdom is 5-for-12 with a home run and a 1.084 OPS against righties this year. Wisdom has an insane 1.600 OPS on the road this year, but that’s a bit flawed, since he has just five at-bats. Wisdom has hit safely in six of his last seven games, hitting four home runs, scoring five runs and driving in five. Update: Wisdom isn't starting for Chicago.