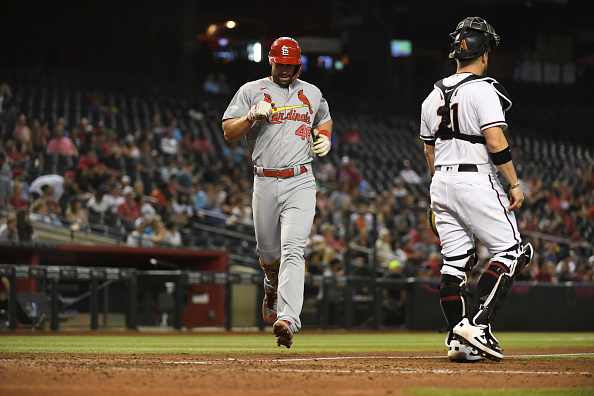 We got a nice 12-game slate on this fine Friday! The only thing that could bring it down is all of the little rainy weather icons next to a couple of these contests! You’ll definitely want to keep an eye out for this, especially games in the northeast. Fingers crossed we get no postponements, as some of those potential wash outs have some great value. Regardless, without further ado, let’s head into the Value Vault for today’s main slate!

Andrew Benintendi , OF KC ($3,400) - Benintendi hasn’t seen much of Dobnak, but his two official at-bats have both gone for home runs, so that’s good! Benintendi has hit safely in five of his last six, homering once and driving in four runs in that span. He has a .313 average and .827 OPS against righties this year, while Minnesota’s Randy Dobnak has surrendered a .962 OPS to left-handed hitters.

Willy Adames , SS MIL ($3,200) - Adames is 5-for-9 in his last two games, and he’s hit safely in seven of his last 10. Since coming to Milwaukee (six games), he’s hitting .350 with one home run and six RBI.  Washington’s Jon Lester has allowed opposing right-handers to hit .306 this year, and post a .384 wOBA. I love the price point for Adames today, and the higher he hits in the order the better. UPDATE: this game is PPD.

Paul Goldschmidt , 1B STL ($3,100) - Goldy has a .289 average and .773 OPS on the road this year and a .258 average against lefties in particular. Sure, neither of those numbers really pop off the page, but here’s something to consider. In 69 career at-bats against Madison Bumgarner , Goldschmidt has 24 hits, three home runs and 13 RBI, good for a .348 average and .456 woBA! Trust the BvP data here with the veteran first baseman, and if you want a piece of this offense, but a bit more contrarian, have some Tyler O’Neill ownership in GPPs.

Cedric Mullins , OF BAL ($2,700) - Chicago’s Dallas Keuchel has served up a .313 batting average to left-handed hitters, and it just so happens that Mullins has enjoyed substantial success against southpaws as a lefty himself. He’s sporting a .299 average with two home runs and a .356 wOBA against lefties in 2021. Also, for what it is worth, Mullins’ home road/splits are nearly identical, and quite impressive. On the road this season, he has a .297 average and .806 OPS.