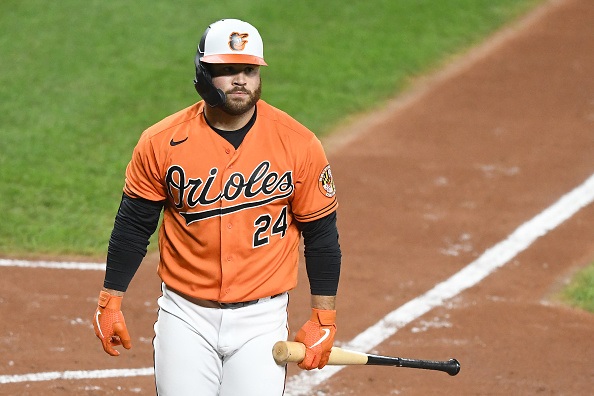 This week, we are treated to a couple of AL East teams heading to NL stadiums, and two other interesting interleague showdowns. Without further ado, let's jump in and see what’s on tap for the week ahead!

Baltimore loses the designated hitter again and pretty much what we’ve seen this year is that DJ Stewart is going to be the odd man out. He’s made just one start in a National League park this year, and that was back on April 20th. Trey Mancini will play first base, with Ryan Mountcastle , Cedric Mullins and Austin Hays holding down the three outfield spots. If Anthony Santander were to be able to return to action, that could make things more interesting.

With Boston losing the designated hitter, JD Martinez will slide into the left field spot, and then Boston will likely look to attack the opposing pitchers. In two games earlier this year in a National League stadium, Martinez played left field, and then Hunter Renfroe got the start against a lefty, while Alex Verdugo started against a right-hander. Barring injuries and any mid-week postponements, Philadelphia is slated to trot out Aaron Nola , Chase Anderson and Zack Wheeler . Three right-handers could potentially mean a full weekend for Verdugo, with guys like Franchy Cordero and Renfroe on the outside looking in.

We’ll finally get to see a Milwaukee lineup utilizing the designated hitter, and boy do they need it. Daniel Vogelbach seems like the obvious choice to serve as the team’s DH, but in this two-game set, Kansas City is slated to have one lefty make a start, and Vogelbach normally sits against southpaws. So, Vogelbach likely makes one start at DH, and then Milwaukee could opt for a catcher to serve as the DH in the other game (perhaps Manny Piña , as he’s solid against lefties), or maybe one of their outfielders (like Tyrone Taylor). I wouldn’t say anyone wins or loses, as this is a bad, bad offense.

The Mariners have been without the designated hitter twice this year, and its primary DH, Ty France , found himself in the lineup both contests. However, France is injured and on the 10-day injured list, so he’s out of the equation. The team needs Mitch Haniger ’s bat in the lineup, so he needs to be in the outfield, alongside Jarred Kelenic and Kyle Lewis. The injury to France, and Evan White for that fact, really clears things up, as Seattle will likely continue to rotate their catchers, and have their starters be José Marmolejos , Dylan Moore , Kyle Seager , J.P. Crawford and the three aforementioned outfielders. However, they do have to face Chris Paddack , Dinelson Lamet and Yu Darvish , so that’s not a great draw.