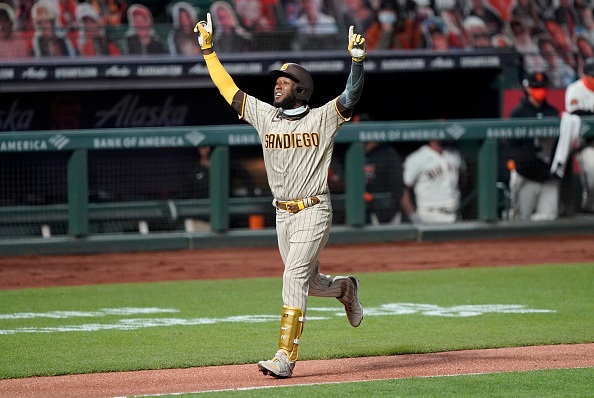 This week, we have two interleague matchups, and fortunately, it’s two National League teams that will get to take the bat away from a pitcher, and put it in the hands of a potentially fantasy relevant asset. Without further ado, let’s dive in and take a look at the matchups!

One of the game’s most lethal, and deep offenses, gets an added boost here in the early season as they head to Oakland for an early week interleague showdown. In the spring, Max Muncy , A.J. Pollock, Will Smith and Edwin Ríos all spent some time as the team’s designated hitter. Smith is coming off a three-hit performance while Muncy’s and Rios’ power need to be in the team’s lineup.

On the other hand, Gavin Lux and Chris Taylor both need to be in the lineup, given their hot springs. In the spring, Taylor hit .311 with five home runs, but his .250 average to open the year pales in comparison to Lux’s .385.

The best thing would be for Smith to catch, and Austin Barnes to be on the bench, so there’s added opportunity for some of the aforementioned guys. Smith likely serves as the designated hitter if Barnes catches, but the team loves Rios, and this is a way to get him in the lineup without having to bench Justin Turner . On the other hand, Turner could serve as the DH, and then Rios gets time at third. Long story short, we likely see a good bit of Rios in this series.

We don’t have a wealth of data here, but in the spring, Tommy Pham and Fernando Tatis led the Padres in plate appearances serving as the designated hitter, logging eight and six plate appearances respectively. Now, the added lineup spot opens the door for Jake Cronenworth, Haseong Kim and Jurickson Profar . There’s two scenarios here:

I expect Tatis to get his normal run as the shortstop, providing more substantial boosts to Profar and Cronenworth, compared to Kim. For Kim to see the field, there has to be an opening in the infielder, and likely shortstop, to make it happen.