Fantasy Baseball The Week That Was: May 20 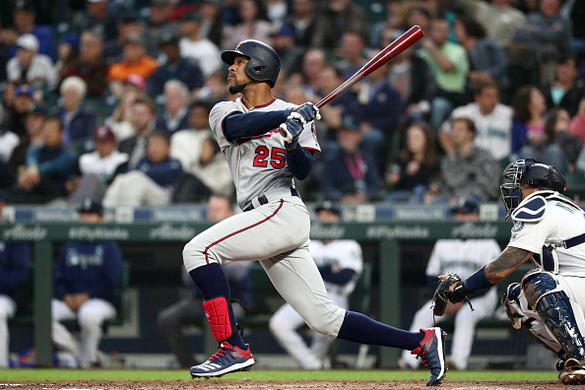 Byron Buxton :  Byron Buxton had a big night Saturday going 2-for-5 with two runs, five RBI and a dinger.  Through Saturday, the Minny-phenom was hitting .281 with a .338 OBP, four dingers, eight swipes and 24 runs and RBI.   These are solid numbers that are supported by the advanced metrics.  Buxton seems to be maturing before our eyes as his walk rate, contact rate, hard hit rate, and rate of going oppo are all up while his chase rate is down.  Remember Buxton is still only 25 years old and had already logged 1,000 plate appearances in the bigs before the season.  The phrase post-hype sleeper is trite so whatever you want to call it, Buxton was that in March but is fully awake in May.  Buy! 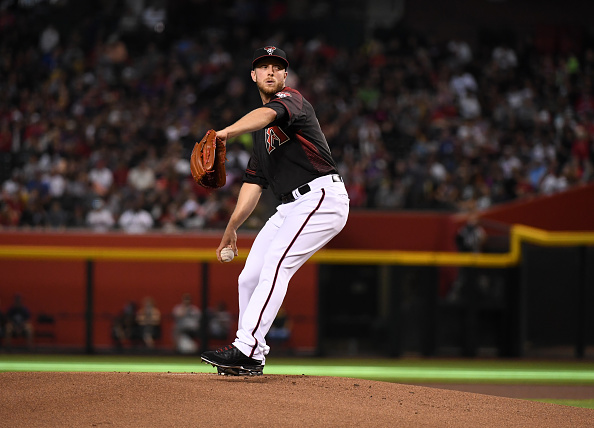 Merrill Kelly :  Merrill Kelly tossed 5.3 innings of shout out ball Friday to get the W.  On the night, Kelly struck out four and walked one.  Nice outing.  Fantasy owners will take it.  However, they should not get too comfortable.  His 4.21 ERA, 1.40+ WHIP and pedestrian 7K/9 do not impress.  The advanced metrics paint an even more concerning picture.  Kelly has a swinging strike rate that is barely 9% (below average) and a first pitch strike rate that is barely 53% (very below average).  Bottom line – roll with him for the start against SD and then cut bait before it is too late.

Pablo Sandoval :  Pablo Sandoval came off the bench and went yard Saturday continuing an unlikely resurgence for the man with the best nickname in sports:  Kung Fu Panda.  Through Saturday, the Panda was hitting .293 with six dingers and a 900+ OPS in only 85 plate appearances.  Is this 32 year-old version of the Panda the guy who .315 in 2011?  Probably not.  However, he is a switch-hitter the Giants could flip to a contender in need of a bench bat come the July trading deadline.  So, do not count on Panda in August and September but what about the next 10 weeks?  Well, the K rate and contact rate are pretty solid, the BABIP does not show undue luck and he is hitting the ball hard a lofty 50% of the time.  Deep leaguers and daily leaguers should put the Panda back on their radar screens.  [Note:  Panda power was on display Sunday as well as he hit a pinch hit dinger to win the game in extras].

Adam Jones :  Adam Jones went 1-for-5 with two RBI Saturday as he continues to prove he is far from washed up.  On the year, Jones is hitting .285 with nine dingers and 28 RBI.  My question is why anyone thought Jones was washed up at 33? After all, he hit .280+ each of the last two years coming into this season.  Can Jones continue to produce in 2019.  All signs say yes.  His BB and contact rates are up and strikeout rate and chase rates are down.  More importantly, he is playing every day and producing.  Expect that to continue and invest if you can.

Joe Musgrove :  Last week we wrote: “Joe Musgrove was awful this week going just three innings giving up eight runs and 11 baserunners.  This comes on the heels of a 2.3 inning, five earned run performance in the previous outing.  Even with those two atrocities, Musgrove still supports a respectable 4.12 ERA, 1.23 WHIP and a FIP under 3.00 (showing some bad luck in that ERA).  I don’t know about you, but I am doubling down on Joe.  Why?  First, his advanced metrics are strong:  47% ground balls; 12% swinging strike and a first pitch strike of 62%.  Second, Joe has a solid two-step this week facing Arizona in the humidor and San Diego in spacious Petco.  Finally, the two bad outings should not erase the five straight quality starts in which he gave up six earned runs in total leading up to those starts.  If Musgrove is available on your waiver wire this week, remedy that situation.” Well, score one for us at Fantasy Alarm.  All Joey Mus did was go out this week and toss 13 innings, while giving up just five hits and three earned runs, striking out nine and walking just two.  Oh, and he notched two wins to boot.  If anyone is afraid of the next start against the Dodgers, pry Joey loose!

Finally, the moment you have been waiting for (sort of) -- Schultz says: “As of May 19th, Byron Buxton is hitting .281 with four HRs, 24 RBIs. He's scored 24 runs and stolen eight bases. It is without question the most successful start Buxton has had in his major league career. To put this in perspective, here's what Schultz wrote in September of 2017.

"One future stud-in-waiting may no longer be in-waiting. It's easy to forget that Byron Buxton is only 23-years-old as he's been disappointing roto-owners that can't benefit from mindbogglingly ridiculous centerfield glovework since 2015. One of the most heralded prospects in baseball - as well as a Schultz Says favorite - Buxton has occasionally tantalized but rarely delivered in anything resembling a satisfying manner. After finishing 2016 with a .287, nine HR 22 RBI September, Buxton seemed poised to breakout in 2017, only to, once again disappoint -- until now. In the last month, B-Bux has hit .387 with eight HR, 23 RBIs, scored 24 runs and stolen six bases and has helped keep the Twins locked in as the second team in the AL Wild Card race. This is the once and future prospect everyone's been waiting for. If your league was shortsighted enough to let him sit on the waiver wire, pounce, hold tight and don't let him go until you absolutely, positively have to."

There's something to said for patience. I'm not sure what that something might be but if you kept the faith with Buxton, you are receiving your just reward.”

Response:  One of the fun things about having Schultz add his take for readers is that we do not compare notes at all before submission.  Thus, sometimes we agree, sometimes we disagree and sometimes we just talk past each other.  When we both decide to seize on the same data and same events to make the same point, well, that is kinda cool.  At least I think it is.