2017 Fantasy Football: The Week That Was Week 3

Glenn Colton takes a look at some telling performances that highlight Week 3 of the NFL season. 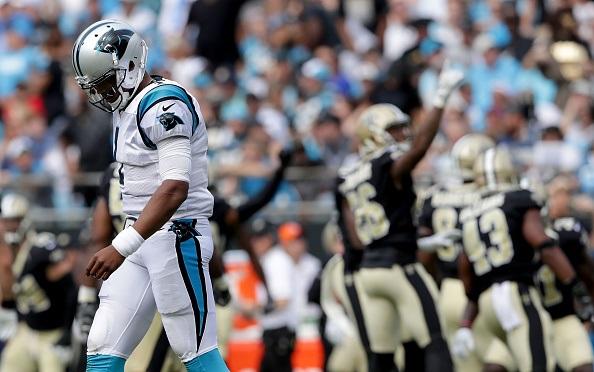 Some disappointing performances (with two good ones thrown in) highlight this week’s NFL Week That Was.

Cam Newton: Cam Newton failed to get well in the so-called“get-well” game against the Saints pilloried defense (like that SAT word?).  Cam threw no TDs against that weak defense, yes no TDs while throwing 3 picks and garnering only 176 yards through the air.  Oh, and that subpar performance was at home too! Yes, he ran for a TD but that did not save the fantasy day.  Cam is a great talent, but something is just not right.  On the year, Cam is averaging under a passing TD and under 200 yards passing per game.  I am one of those who is always saying play your studs but after last week, I need to see proof that Cam still is a fantasy stud before I run him out there again.  Hard to see a way to start him this week.

Buck Allen:   The Buck Allen era never really started.  The Ravens were plastered by the Jags in London and Allen’s 15 yards rushing certainly did not help.  Indeed, Alex Collins solid performance (9 carries for 82 yards) only serves to highlight Buck’s ineffectiveness.Yes, he has 5 receptions in each of the last two games but that is small solace if Terrance West vultures TDs and Collins comes off the practice squad and runs the ball better.  There have to be better alternatives on your waiver wire.  Further proof:  Buck has never averaged over 3.8 yards per carry in any of his three NFL seasons (including the partial 2017).  Next!

Trevor Siemian:  Trevor Siemian threw no TD passes but did toss two INT on his way to a woeful real-life and fantasy performance Sunday against the Bills.  Siemian, who put up big numbers in week 2 against a depleted Cowboys secondary at home, looked much like the 7th rounder he was on Sunday.  The bottom line here is that Siemian has proven careless with the ball (including the inexplicable INT after the game should have been salted away against the Cowboys).  You have to figure the Broncos will push Siemian into more of a game manager, or at least there is a serious risk of that.  For me, he is not close to ascending to the QB1 ranks.

Martavis Bryant:  Martavis Bryant caught only two passes for 20 yards in a loss to the Bears Sunday.  Yes, he was targeted 8 times but still, that is not promising on any level.  I fear that Bryant will become a home-only high risk/high reward WR3 despite his lofty fantasy football ADP.  With away games at BAL and KC and a home game against the tough JAX D coming up over the next three weeks, it is hard to get excited about Bryant.  He is a boom or bust player who you must run out there in deep leagues but someone I am running far away from in DFS and shallow leagues over the next few weeks. 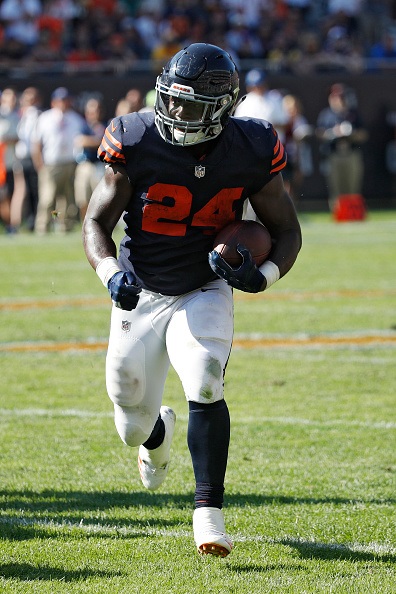 Jordan Howard:  Jordan Howard was a monster Sunday rushing for 138 yards and two TD and adding another 26 yards on 5 grabs.  It appears the rumors of his physical woes were greatly exaggerated.  Indeed, reports are that Howard is not even on the injury list in advance of Thursday’s tilt against the Packers.  Basic fantasy maxim:  Own bell-cow RB, play bell-cow RB.  I am back to all in on Howard for the game Thursday against the Packers.

Carlos Hyde:   Last week, we wrote: “Carlos Hyde proved me wrong Sunday.  I figured Seattle would bottle up San Fran (they did) and bottle up Hyde with them (they did not).  Hyde finished Sunday with 15 carries for 124 yards and added 19 yards on 3 catches.  That is a sweet 17+ points in PPR.  What does this tell me?  It tells me that the new management in Frisco has bought into Hyde as the feature offensive player even though they inherited him from the past regime.  Despite missing 3 games last year, Hyde still notched 9 TD.  Bottom line – this is a guy who folks still think may get pushed to the side.  Jump at the chance to get that rare bell cow back if the Hyde owner in your league is one of those misguided folks.”  Oh boy, I hope you listened.  Hyde lit up the fantasy scoreboard Thursday night with 94 total yards, two TD and three receptions for good measure.  Just keep sending him up!

Final Note:  Ok, I hereby make a pledge to readers, listeners and twitter followers.  No more getting cute!  I was worried that Jordan Howard and or DeMarco Murray would not play or not play much.  In some leagues (thankfully not all), I went for the safer floor points of a decent WR play at Flex.  I shall not make those mistakes again.  SMART play says play the RB at flex, get the combined receiving and rushing yards and count your 6s every time they plunge in.  I pledge to not get cute again this fantasy football season.

P. Peterson - DB
ARI
General manager Steve Keim confirmed Friday the team had discussed Peterson's contract with his representation, noting nothing has transpired yet, but that "we'd love to see him retire as a Cardinal," Grant Gordon of NFL.com reports.
For a full breakdown and detailed player analysis GO PRO and join the Fantasy Alarm Family! CLICK HERE to unlock your PRO package and take advantage of instant savings!
Added Feb 15 12:45 pm (EST)