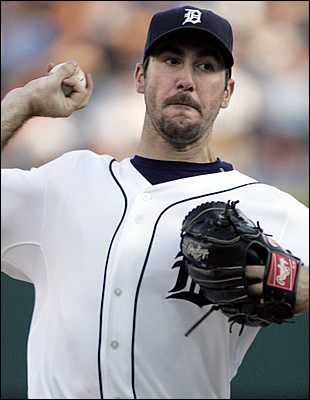 Questions surrounding Justin Verlander highlight this week’s Week That Was.

Justin Verlander:   Justin Verlander pitched well Friday, giving up just two runs in eight innings, striking out 5.  The big question for fantasy owners of the former Cy Young award winner is whether this strong outing is an opportunity to sell high or the start of a hot streak.  This is one of those times that the numbers and human nature lead to different answers.  The numbers say that Verlander 2014 is not nearly the pitcher his name evokes.  The numbers are not pretty:  4.66 ERA, 1.42 WHIP, reduced velocity and reduced K rate.  However, by acquiring David Price, the Tigers have basically laid down a challenge for Verlander to prove he belongs with Scherzer and Price.  I am going with my gut on this one and putting my trust in human nature – Verlander is a competitor with tremendous pride.  He started showing it Friday.  Invest.

Kurt Suzuki:  Kurt Suzuki continued his strong 2014 campaign going 2-4 with a double, three RBI and a run scored Friday night.  Yes, I know this is a career year, but I believe and so does Twins’ management who put their money where their mouth is, signing the backstop to an extension.  I cannot speak for Twins management but here is why I believe.  First, catchers often hit their offensive stride around 30 as they have to put so much time into defense and calling games.  Suzuki is 30.  Second, his last two years of development were stunted by inconsistent playing time and being shuttled between Oakland and Washington and back.  Third, the advanced metrics show he has become a more mature hitter.  His K rate is down, walk rate up, and contact rate up.  In fact, he has a very impressive 1:1 K:BB ratio.  He is not Jonathan Lucroy but he is darn good and should continue to be.

Josh Reddick:  Josh Reddick continued his hot streak Friday, going 3-4 despite his team being shut out by the Royals.  Over the last 10 games, Reddick, who finally seems healthy, is hitting .394 with two home runs.  Considering that the A’s dealt Yoenis Cespedes to get Jon Lester, it appears they believe Reddick can produce.  So do I.  His ugly year-long numbers -- .252 with only 6 HR – present a buying opportunity.   Of course, that he appears healthy enters into my thinking however the big point is this:  Reddick has a career 20.8% K rate yet has not whiffed once in the last week.  That is a guy locked in and healthy.  Buy.

Rajai Davis:  Rajai Davis had a good night Friday, going 2-4 with two RBI and two runs scored.  This just continues his hot hitting from July – a month in which he hit .368.  With Austin Jackson now wearing a Mariner uniform, Davis will get plenty of time to set the table in front of Miggy and VMart, the result being a bushel of runs scored and his typical bevy of bases swiped.   When you add in the fact that his contact rate is up and K rate is down, you have some serious upside.  Buy.

Joe Kelly:  While this is not a trade deadline column I did want to highlight the deal of Joe Kelly to Boston.  Yes, going to the AL is generally not good.  However, the AL East is not what it used to be offensively.  Yes, leaving the pitching factory that is St. Louis is not a great thing.  However, John Farrell knows a thing or two about pitching also.  Finally, Kelly was likely to get edged out of the rotation sooner or later in St. Louis.  In Boston, which just lost Lackey, Lester and more, Kelly is set to take the ball every 5 days.  26 year old righthanders in their third year in the bigs who consistently throw 95 and get a lot of ground balls do not grow on trees.  Buy for this year and beyond before it is too late.

Carlos Martinez:  Carlos Martinez was demoted to AAA to work as a starter.  Those who invested this year, oh well.  Those in keeper leagues should pay attention.  Moving a young talented pitcher back and forth between the pen and the rotation is a prescription for disaster.  See Chamberlain, Joba.  With the Cards committing to make Martinez a starter, things should look up in 2015 and beyond.  If you are in a keeper league – buy low now.

Jarrett Parker:  In news of which you should be wary, the Giants purchased the contract of Jarrett Parker from Double-A Richmond. Yes, he may get some opportunity.  However, 25 year olds who hit .275 in AA rarely take the big leagues by storm.  Let someone more desperate than you speculate.

And last and but not least, this from the Baron of the Bottom of the Page.  Schultz says: “Over the past few seasons, there have been very few trading deadline moves that could legitimately called blockbuster deals. Much like their roto-counterparts, teams in contention part with their young, undervalued assets in exchange for established players, often in their final contract year, that can help them make and/or succeed in the post-season. While the strategy may pay long term dividends in the real world, roto-owners tend not to have the same type of patience. Dumping roto-owners are playing for 2015, not thinking of 2016 or beyond.

Seeing as the Red Sox already had a core of young talent, trading away Jon Lester and John Lackey for additional prospects would make little sense. Rather, it sounds like something the roto-owner in your league that perpetually dumps would do. Instead of following convention, the Red Sox acted like a shrewd roto-owner, trading the pieces that don't fit in next year's puzzle for experienced, though undervalued, pieces that strengthen the team. In getting Yoenis Cespedes, the Sox added the complimentary power hitter to David Ortiz that has been missing since Manny went Manny. Even though Allen Craig has been woefully underproducing, he's shown that he can be a key contributor to a championship team.

If you are in the unfortunate position of dumping, stop focusing on unproven prospects like Jimmy Nelson, Oscar Taveras and Jonathan Singleton. While those players should develop over time into potential roto-studs, the odds are against it happening in 2015. If you looking to quickly rebound in 2015, look around your league for the undervalued (or unappreciated) talent and cherry pick accordingly.”

It’s Never Too Early For Football:  I know that while you read this column for fantasy baseball, you are also starting to get ready for your fantasy football drafts next month.  Without the truly amazing Fantasy Alarm Fantasy Football Draft Guide, well … wait, draft without the guide?  Who would do that?  Get the draft guide here:  fantasyalarm.com/draftguide.php