Fantasy Baseball Week That Was & Will Be: Blue Jays Keep Mashing 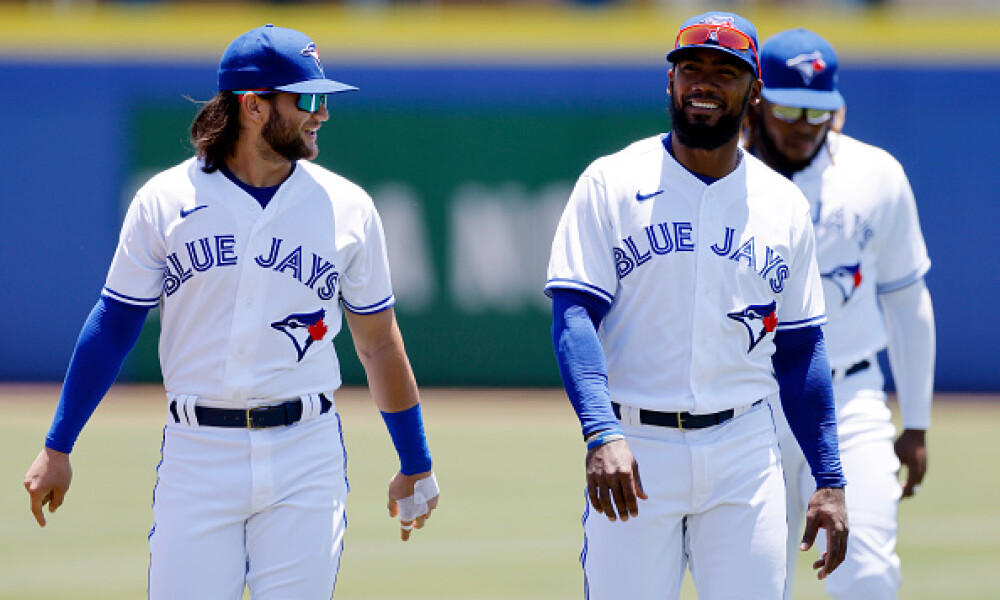 Teoscar raking despite being overshadowed by big name teammates highlights the Week That Was and Will Be.

Teoscar Hernandez:  Teoscar went 2-5 with a run and an RBI Sunday raising his average to a even .300 and his OBP to almost .350.  Not too shabby.  It appears that all the doubters who questioned the Silver Slugger award winner’s ability to repeat were, well, not right.  In addition to his .300 average, Hernandez has 10 dingers, 42 RBI and 4 SB. Again, not too shabby.

For the Week That Will Be:  Given that Teoscar is walking more, striking out less, still hitting the ball extremely hard (almost 50%), and making more contact, simply plug and play.  The fact that he is overshadowed in name recognition by his teammates who are sons of former greats only makes it more likely you can get him undervalue in a possible trade.

Chris Paddack:  Chris Paddack struck out 11 over 5 innings to get the win Friday.  That makes it 20 punchouts in his last 11 innings.  That will play.  The window is closing on being able to buy low.  On the year, Paddack has a pedestrian 4.10 ERA however, the advanced metrics all say that number will continue to drop:  3.42 xFIP; 45% ground ball rate; 13% swinging strike rate; 64% first pitch strike rate; and reduced barrel, hard hit and contact rates. Given his heavy reliance on the fastball, there could be a bad day or two on the horizon but otherwise all signs pointing up.

For the Week That Will Be:  Sign me up for the home start against Arizona!

Freddie Peralta:  Freddie was the hard luck loser Wednesday despite tossing 7 innings of 2 run ball while striking out 6 and walking none.  On the year, Peralta has a sweet 2.28 ERA and a really sweet 0.87 WHIP despite pitching in a hitter’s park.  The 2.89 FIP and strong swinging strike rate say that his success is real.  Just beware of the law ground ball rate for starts in hitter’s parks in the warm weather.

For the Week That Will Be:  With two of his three next starts at Arizona and Pittsburgh, the future continues to look bright.

Erick Fedde:  Fedde did the job Friday tossing 7 innings of shutout ball allowing just two hits, while walking four and striking out six.  That’s 19 straight scoreless innings.  #impressive.  On the year, Fedde has a 3.33 ERA and 1.15 WHIP – both numbers that play very well. However, Fedde does not miss a lot of bats.  Indeed, his contact percentage is over 80% and his swinging strike rate of around 8% is well below average.  No arguing with what he has done so far, but that xERA and xFIP of around 4.00 is a better indicator of things to come.

For the Week That Will Be:  Fedde is a streamer who should be riding the pine during the visit to the bandbox where the Phillies play.

Kyle Schwarber:  Wow, is Schwarber on fire. Sunday Schwarber hit not one, not two, but three dingers while knocking in four runs. That is five homers and eight RBI in the last two games alone.  On the year, Schwarber now boasts 18 homers and 42 RBI to go along with his .241 average. Given the state of baseball today, anyone would take that power along with what is no longer a problem average.

If you did not get the pitchers you want, consider these middle relievers on teams with weak or unsettled closing situations or potential openings in the rotation:  Michael Fulmer back off the IL and already getting save opportunities; or Johan Oviedo and his Detroit/Pittsburgh two-step.

If you are in the mood to gamble, how about J.P. Crawford who as of Saturday morning was hitting .385 over the last 14 days.

The moment you have been waiting for (just play along) -- Schultz says: “This past week’s Week That Was may be significant as it was the last week that pitchers will be allowed to protect themselves from the sun without repercussion. In an affront to dermatologists everywhere, hurlers across the major leagues must now subject themselves to ultraviolet rays with only a baseball cap to protect their fragile skin. Can you believe the nerve of Major League . . . hmmm, what’s that you say? Pitchers have been cheating and using proper skin care as a pretext for doctoring up baseballs so they can throw Nintendoish sliders and splitters? Oh, well surely it won’t be a big deal if we just have them stop. I mean, Vladimir Guerrero Jr. seems to hit home runs regardless of what’s thrown at him.

Turns out it isn’t a big deal – it’s a tremendously f*@#in big deal. As pitchers prepare to throw “naked,” there’s been an abrupt 180 degree turn from the near-weekly no-hitters of the Indians, Rangers and Mariners that marked the start of the 2021 season. Rather, the last couple weeks have seen an abundance of slugfests and double-digit scoring and a steep rise in the number of hitters coming out from under the Mendoza line. With stories abound of reduced spin rates, is it possible that the leading lights of every roto-staff have been working a gimmick? Is it a coincidence that Shane Bieber’s shoulder recently suffered strain, that Gerrit Cole has looked relatively human and Jacob de Grom’s upcoming starts now include questions marks? Could we live in a world where Trevor Bauer was right?

While this may all turn out to be much ado nothing, Tyler Glasnow’s rant attributing his post-season-ending injury to his inability to moisten his fingers should give everyone pause. From a roto-perspective, there may never be a better time to have a staff of veteran pitchers with solid numbers. There are definitely going to be less questions about their reliability moving forward. For those looking to jump start their rotation by acquiring the focal point of the “stud and scrubs” roto-rotation that has helped anchor one of your league’s teams in last place, perhaps the wait-and-see approach will be the most prudent.

We’ve surely come a long way from Joe Niekro unsuccessfully flinging an emery board away as the umpires frisk him for contraband.”

Response:  Interesting take on the roto side.  Add veterans who are solid but unspectacular.  I do not hate it (which is a rave from me to Schultz as loyal readers know!)

Final Thought:  Happy Father’s Day to all of the Dads out there.