Fantasy Baseball Week That Was & Will Be: Caleb Smith Stock Up 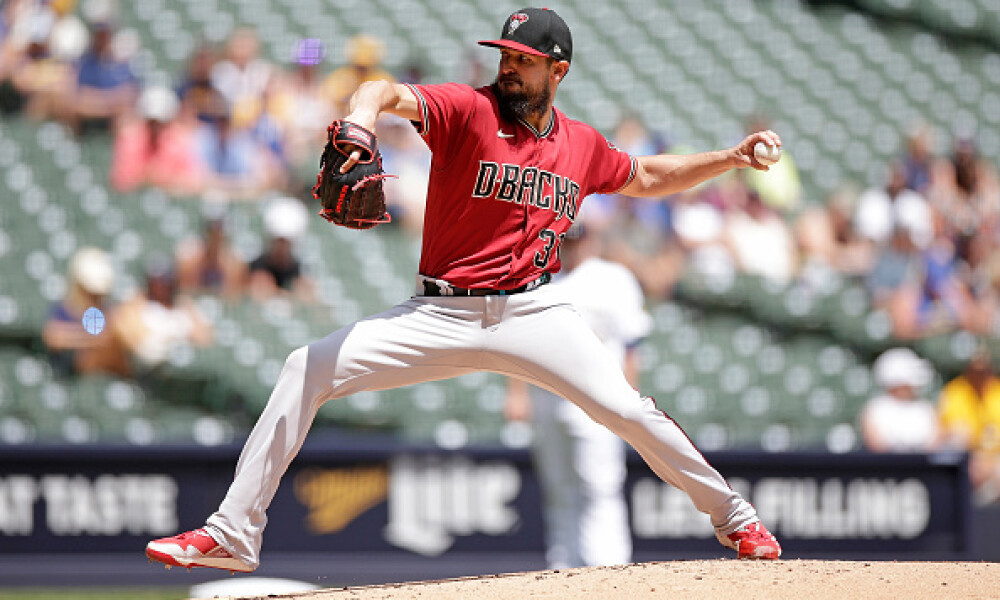 Signs of life from Victor Robles highlights the Week That Was and Will Be.

Victor Robles :  Victor Robles finally delivered one of those games fantasy players have expected.  Sunday, the Nats’ outfielder went 2-3 with 3 runs, and RBI and a swipe.  Yes, the 6 SB so far is disappointing but he can steal them in bunches.  Yes, Robles is only hitting .224 but there are some real positives -- the .338 OBP is solid, the strikeouts are down, the walks are up, the hard hit rate is up, the contact rate is up, and the chase rate is way down.  Remember, this is a player who is still only 24 years old and already has over 1,000 plate appearances in the bigs.  Stay the course.

For the Week That Will Be:  I do not love facing Glasnow and McLanahan early in the week but Conor Menez, Johnny Cueto and Alex Wood do not put the fear of Greg Maddux in anyone.  Start Robles with confidence this week.

Patrick Sandoval:  The Angels’ lefty struck out 10 on Sunday in an impressive performance sullied largely by his team’s inability to score for him.  Go watch some tape.  Fastballs up, nasty change ups down and in or down and outside.  This lefty is for real.  Want some statistical backup?  Even before the Sunday outing, Sandoval was getting groundballs at well over 50% and swinging strikes at well over 14% -- both quite strong numbers.

For the Week That Will Be:  With a date against the Diamondbacks coming up, I would have no hesitation running Sandoval out there.  None.

Caleb Smith :  Caleb Smith was the hard luck loser Sunday despite tossing five innings of one run ball and striking out eight.  On the year, Smith has a very pretty 3.14 ERA and 50 punchouts in only 43 innings.  The biggest concern is the lack of ground balls but the swing and miss (13+% swinging strike rate) makes up for some of that.  Those in NL-only especially should be jumping on this opportunity.

For the Week That Will Be:  Smith draws the Mike Trout -less Angels.  I am up for that.  Oh, and then week after, he visits the pitcher-friendly environs of San Francisco.

Taylor Walls:  Taylor Walls had a strong game Sunday going 3-5 with a pair of RBI.  On the year, the surface stats do not jump off of the page:  .262 with no dingers and one steal.  However, when you dig deeper, there is a lot to like (obviously in a small sample).  Walls hits the ball hard, makes excellent contact, basically pulls the ball as often as he goes opposite field and has a .380 OBP.  Of course, we all know that Wander Franco and/or Vidal Bruján likely will arrive this summer creating a playing time crunch but if Walls continues to impress, they will find a way to get his bat into the lineup.

For the Week That Will Be: Tampa only has five games but they are against Corbin and Lester (who have hardly looked like the name value they carry) and three against a John Means -less Orioles staff.  Yep, plug and play.

Lucas Sims :  Lucas Sims saved his sixth game of the year.  That is five saves since May 25 for Sims as he appears to have assumed the role of the leader of the committee in Cincy right now.  Can he hold it?  Hard to know.  The swing and miss stuff is there but too many line drives and fly balls which often end up being bad news when pitching in Great American sow seeds of doubt.

For the Week That Will Be:  Get your saves while you can but be realistic. 5 walks per nine together with those flyballs and line drives can become flammable very quickly.

If you did not get the pitchers you want, consider these middle relievers on teams with weak or unsettled closing situations or potential openings in the rotation:  Scott Barlow whose advance metrics skills exceed the returning Josh Staumont ; Keegan Akin who sported a gaudy 20+% swinging strike rate at AAA; or José Cisnero with Michael Fulmer landing on the IL.

If you are in the mood to gamble, how about Bobby Bradley or Chris Gittens?  Both 1B arrive to play on teams struggling to score.  If they hit, they will play.

The moment you have been waiting for (just play along) -- Schultz says: “Quick – as of Sunday morning, who has the best record in Major League Baseball? If you are in an East Coast fantasy baseball league, you are forgiven for your quick response of “Duh! The Tampa Bay Rays.” (If you are a Yankees fan, you are condescendingly forgiven for the tone in your voice betraying your belief that a $200 million payroll should buy the answer to that question). However, baseball is played on the West Coast, much it while the East Coast sleeps, and despite the hype given to the Dodgers and Padres, the best record in baseball belongs to the San Francisco Giants. I know!!! And it’s not even an even numbered year. I’m so surprised about that I forgot to refer to myself in the third person.

In the pre-season, the only thing that roto-pundits could agree upon was that they disagreed on whether the 2020 outburst of Mike Yastrzemski was an anomaly or the harbinger of a bright future. (For 2021 roto-purposes, it seems to be the former). Otherwise, the baseball Giants were left out of every discussion as their roster seemed filled with the stars of yesteryear. There wasn’t even a clear anchor of the bullpen to collect cheap saves. Seeing as they both came at a cheap roto-price, Buster Posey (.321, 10 HRs) and Evan Longoria (.280, 9 HRs) have provided wonderful returns for those who forgot that it was 2021 and not 2012. Plus, those who thought “hmm, maybe Cleveland knew something about Lindor,” could have swooped up Brandon Crawford and his .262, 12 HR, 37 RBI for less than a fraction of the cost.

Veteran savviness aside, the real reason the Giants are in first and why shrewd roto-owners might be leading their league’s pitching categories is that they’ve salvaged starting pitchers that have long been discarded as scrap. No longer a highly touted prospect, Kevin Gausman has finally ascended to the top of the roto-mountain. If it wasn’t for Jacob de Grom working on another level, everyone would be more taken with Gausman’s 7-0, 1.27 ERA, .76 WHIP and 93 Ks. Gausman’s success has also obscured the resurgence of former Reds-hurler Anthony DeSclafani , who, along with emerging youngster Logan Webb, is striking out a batter an inning, as well as the utter resurrection of Johnny Cueto and Alex Wood as viable pillars of a roto-rotation.

Andrew Bailey has done wonders with the Giants’ pitching staff and it does not seem as if their early 2021 success is a fluke. If there’s an owner in your league that has been sleeping – perhaps literally – through the start of the Giants’ season, perhaps it’s time to make them a lowball offer and see if they bite.”

Response:  I like it.  The Giants not only have done wonders with their current staff but also with the likes of recent former Giants like Drew Smyly .  Oh, and do not forget Tyler Beede is on his way back and could make an impact.