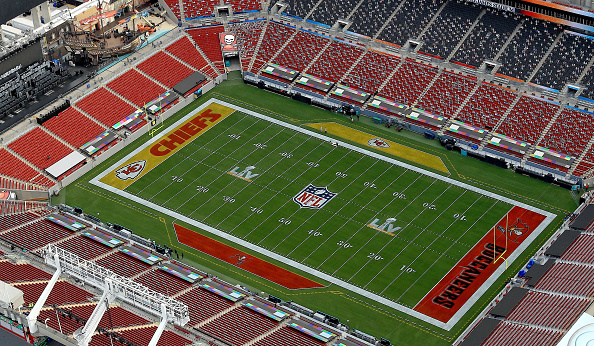 Welcome to SuperDraft: a new and exciting way to play daily fantasy sports! Building salary cap lineups on traditional sites can get boring, so we decided to spice things with a new innovative way of building lineups. SuperDraft has also partnered with Caesars Rewards. It all starts this weekend for Super Bowl with prize pools of over $1.3 Million and counting. As a bonus, anyone from Fantasy Alarm will earn an extra 100k in Caesar Rewards. Play now!

Building lineups will become fun again, because you’ll never have to worry about which superstar you want to pay up for and trying to fit everyone under the salary cap. You can play all the elite players you want, but beware, that may not be the best route to take.

Players will not have a salary next to their name, but instead a multiplier. This multiplier will add extra value to a player's fantasy point total. Here’s an example:

Suppose the multiplier for Patrick Mahomes is 1.5X and he scores 20 fantasy points his weekend. His actual fantasy score would end up being 30 fantasy points. Sounds simple, right? You’ll notice though that some elite players will have a multiplier of 1X-- meaning they won’t see a bonus added to their score.

Having a lot of elite players may result in your lineup not having many players with a multiplier. If they don’t hit big, you’ll fall behind in a hurry. On the flip side, players with a high multiplier usually carry some risk, but if they go off, your lineup will shoot up the leaderboard!

In single game contests, lineups will consist of one captain, and four superflex positions. The captain’s position will have a 50% bonus, so you’ll want to choose the player occupying that role carefully. The four other positions will see each player with their regular multiplier.

In short-- SuperDraft is about building a winning lineup by finding value. On some nights, you’ll need to play more talented players, but sometimes, that won’t be enough to get you to the top of the leaderboard. When a player with a higher multiplier goes off, that adds all kinds of value to your lineup. Evaluate the risk/reward of playing a player with a low multiplier over another with a higher on. Here are two players you should be targeting for Superbowl Sunday.

Is there a better TE in the game right now than Travis Kelce ? He’s been a stud all season, and that won’t change on Sunday. Maholmes is going to throw the ball a lot, and while Tyreek Hill is his go-to man down the field, Kelce will be his safety blanket inside of ten yards. In a half point PPR format like this one, racking up catches is key, and Kelce will be doing a lot of that.

Tom Brady has a bunch of weapons to choose from, which might explain why Chris Godwin has a 1.65X multiplier. Out of all the wide receivers on this team, Godwin is the most consistent when it comes to catches. Mike Evans is a boom-or-bust play, and are we really going to trust Antonio Brown? Even with so many mouths to feed, Godwin should be in line for a big day. If he can snag a catch in the endzone, that would be the cherry on top.

Don’t miss out on the action, the future of fantasy starts now! Play SuperDraft and earn 100K in free Caesars Rewards. Current Super Bowl prize pools are over $1.3 Million and overlay is expected. Use your rewards in 50+ Caesars properties, restaurants, and more! Play now: fantasyalarm.com/superdraft!