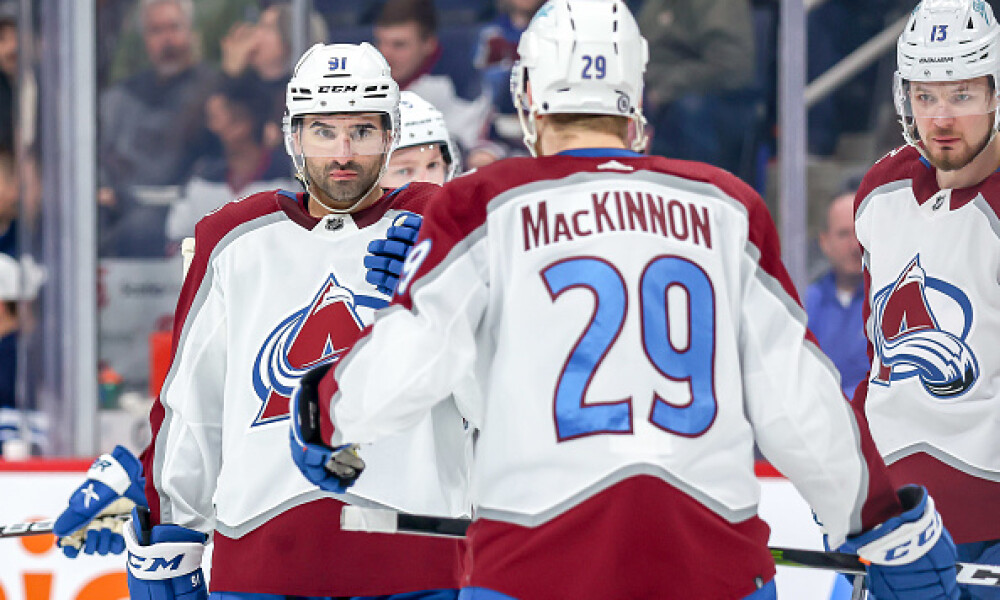 Welcome to the 2021-22 Stanley Cup playoffs. This is the moment every hockey fan has been waiting for. Sixteen teams are on a mission to win sixteen games, but only one will take home Lord Stanley. The next few weeks are going to be amazing. Players will take their game to another level and every game becomes a “must win”. I’ll break down every round of the playoffs and (hopefully) help you win that office playoff bracket. Let’s get right to it and look at the Western Conference

The Colorado Avalanche have built a team to win it all. They were the best team in the Western Conference this season and are by far the better team on paper. Nathan MacKinnon put together another fantastic season and their defence is capable of playing well in their own zone and providing offence.

Nashville will be without Jusse Saros for game one and his availability for this series is still up in the air. The Predators have weapons up front to score goals, but if they can’t contain Colorado’s top line, then this series could be over in a hurry. The Predators will put up a fight in this series, but it won’t be enough to get them to the next round.

The Minnesota Wild have a complete hockey team. They have a top-6 that can score goals, and a defensive group that plays well and two very good goalies. Cam Talbot should get the call for game one, but if he struggles, Marc-Andre Fleury can take over and give his team a chance to win.

The Blues have won the Stanley Cup before and their forward group is elite. They have multiple weapons upfront that can find the back of the net and Ville Husso has really stepped up and played some solid hockey. The Blues went on a winning streak that helped them secure a playoff spot, but can they shut down Kirill Kaprizov and Kevin Fiala? It’s unlikely that they do. The Blues can cause a surprise in the first round, but as of right now, Minnesota has everything they need to make it past the first round.

The Calgary Flames have one of the best teams in the Western Conference. The forward group is deep and their goaltending is nothing short of elite. The addition of Tyler Toffoli gives them another weapon for Dallas to try and shut down.

The Stars as a decent hockey team, but they don’t have the depth to be able to slow the Flames down. They have some players who can score goals, but Jacob Markstrom has been elite all season and that’s unlikely to change in the first round. It’s going to be a challenge for Dallas to score goals, and while Jake Oettinger has been good this season, he would need to steal multiple games in the first round for his team just to have a chance of advancing. Calgary should be able to take care of business relatively quickly in this opening round.

This series is going to be fun to watch. On one side, you have Connor McDavid and Leon Draisaitl who have been elite all season long going up against a Kings team that has one of the best two-way centermen in Anze Kopitar. Los Angeles doesn’t have the forward group to outscore Edmonton, but they have a better goalie and a solid defence.

Edmonton is going to score goals, but the bigger question is whether on not they can keep the puck out of their own net. Mike Smith has had his moments this season, but he was below-average this season and it’s hard to win a series with a mediocre goalie. Their defence is also not that great. If the Kigns can just contain McDavid and Draisaitl, then they have a real chance at advancing to the next round. Edmonton’s support cast is good enough to score goals, but the rest of their lineup just isn’t good enough to get the job done.