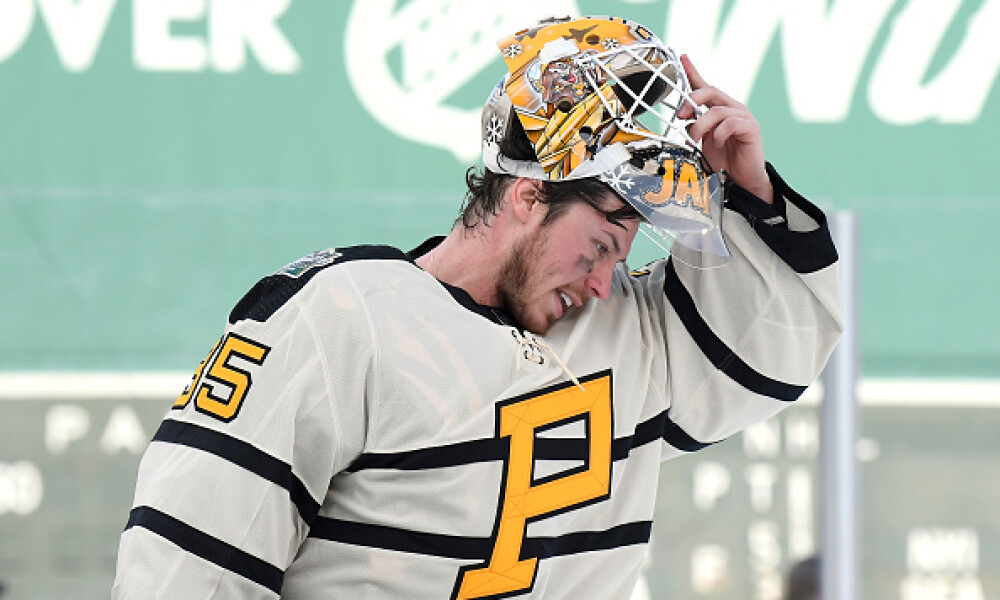 Welcome to another edition of the Fantasy Hockey Injury Report. If you’ve made it this far, congratulations, you’re probably on your way to the finals! Injuries at this time of the year are heartbreaking. It could mean the difference between winning and losing. Let’s take a look around the league at some key injuries that may affect fantasy owners.

Bruins forward David Pastrnak has missed the last six games due to an undisclosed injury and there is still no timetable for his return. He still hasn't resumed practicing with the team but was seen on the ice Friday by himself. The timing of this injury is brutal for fantasy owners, and even if he does make a miracle return, is he going to be 100% healthy? Boston has secured their playoff spot, so there’s no need to rush Pastrnak back before the end of the season. Dropping him at this point of the season is hard to do, but it might be the right choice.

Carolina goaltender Frederik Andersen was injured in Saturday's game against Colorado and had to be helped off the ice. If giving up seven goals wasn’t bad enough, the veteran netminder suffered the injury with about five minutes left to play. It’s too early to tell how serious the injury is, but it doesn’t sound great. Carolina has locked up their playoff spot, so they may elect to give their star goalie some extra time off to rest and be ready for the start of the playoffs. If that is the case, he becomes droppable in the final week of the season. Look for an update on his status Monday.

Montreal Canadiens goalie Jake Allen suffered a groin injury against the Leafs on April 9th and will miss the remainder of the season. It was a difficult season for the veteran netminder that saw him miss extended periods of time due to injury. With Carey Price back in the lineup, Allen wasn’t expected to see a ton of action down the stretch. He finishes the season with nine wins, a 3.30 GAA and a .905 SV%. He should be ready for the start of next season.

It has not been a good week for NHL goalie. Tristan Jarry is expected to miss a significant amount of time as he deals with a broken bone in his foot. He isn’t going to return for the remainder of the season, but his availability for the playoffs is also in question. He’s listed as week-to-week, but injuries like this could take 4-6 weeks to heal. We still don’t know how serious the injury is, so he could return sooner rather than later. Jarry finishes the season with a 34-18-6 record, with a 2.42 GAA and a .919 SV%.

Jets forward Mark Scheifele has missed the last four games due to an upper-body injury and is still considered day-to-day. The Jets are likely to miss the playoffs, but they aren’t mathematically eliminated just yet. The news around the block is that he’s dealing with a shoulder injury, and if the Jets do get officially eliminated from the playoffs, then it would be pointless to have him return and risk making the injury worse. If he’s on your roster and you have the chance to pick up someone else, go ahead and drop him.