Each week, Chris Bouvier provides analysis on the managers around the league. More specifically, he breaks down who they are, how they manage their bullpens, how they make their lineups, and how they handle the run game. 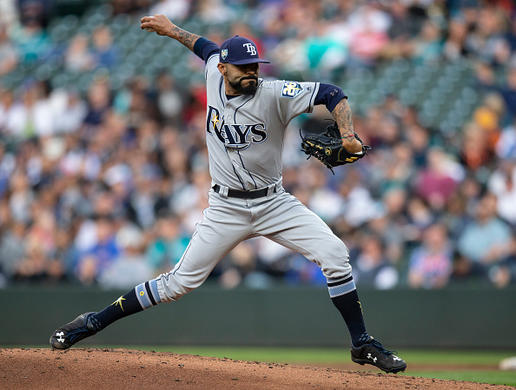 In late May, we put out a piece here in the managerial tendencies section of Fantasy Alarm where we broke down “The Opener”. We had a look into the mind of Rays manager Kevin Cash and what the Rays organization was looking to get out of this strategy soon after they started using it.

This week we’re going to take a deep dive back into it to see how it’s working out and break it down to better understand the implications “The Opener” is having on the fantasy world. We’ll start by discussing the players involved and their roles in this situation and take a look at the numbers to find out if this is working out for Tampa Bay. Let’s have some fun!

It all began when the Rays and Kevin Cash announced veteran reliever Sergio Romo would start versus the Angels on May 19th. Since then, Ryne Stanek , Andrew Kittredge , Anthony Banda and Jonny Venters have all made starts as “The Opener”. All considered relievers at the beginning of the season, they’ve all been used to pitch the first inning and in some instances have even been sent back out for multiple innings. The most common “openers” are Ryne Stanek and Sergio Romo . The “relievers” coming in after these two are usually Ryan Yarbrough , Vidal Nuño , Austin Pruitt and Matt Andriese . Now for the fun part, let’s dig in! 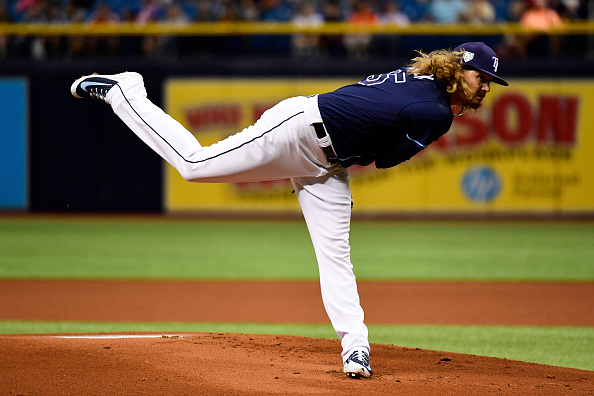 Starting with Stanek, he is pitching absolutely out of his mind against both lefties and righties. He is coming into games and eliminating the 1-3 hitters first chance to do damage. The right hander is striking out same handed batters at a 28.4% clip and is doing even better against lefties with a 34.4% K-rate. His .165 wOBA to all hitters in June is a huge reason he is getting these opportunities and is setting the tone early.

As for Sergio Romo , he’s quickly becoming a fan favorite (for all one hundred fans, yes). His numbers as a whole aren’t all that inspiring with a 4.46 ERA and 1.31 WHIP this season. However, since June 1st, Romo is striking out 24.3% of the hitters he’s faced and has a 52.1% GB rate to go along with a 2.10 FIP. He’s also closing games that Snell, Archer, Font and Eovaldi are starting as he has seven saves since this strategy has been put into play. Manager Kevin Cash has to be thrilled with the effectiveness and tone setting of Romo and Stanek.

As for the “starters”, they’ve been successful as well. Since the inception of “The Opener”, the group of pitchers coming into games after Stanek and Romo have a combined 3.28 ERA over 120.2 innings with 91 punch-outs and 35 free passes. In leagues where you are only allowed a limited number of starts, Yarbrough can be a weapon. He is pitching starter innings and is a quality yet unspectacular pitcher. Only one time has Yarbrough allowed more than four runs this season and has a 21% K-rate to a solid 8.3% walk rate which puts him in Mike Clevinger , Tyler Anderson territory. You get the points/statistics from a quality pitcher without using a start, seems like a no brainer. While he is the only one in this group to safely recommend for this kind of usage, with more time and reps, the others could be considered as well.

This all seems so crazy. Kevin Cash and the Rays have changed the game of baseball. Cash put reliever Jose Alvarado in to face lefty Bryce Harper in a game on June 26th. Alvarado walked him bringing up Anthony Rendón and rather than pulling him for a right hander to face him and then dealing with lefties Juan Soto and Daniel Murphy , Cash put Alvarado at FIRST BASE and brought in Chaz Roe to face Rendon. After Roe sat him down on strikes, Cash put Alvarado back on the mound to face the two lefties. Alvarado ended up allowing singles to both players before Cash brought on Sergio Romo to get Trae Turner and Michael Taylor out to end the game. The result wasn’t what Cash wanted from Alvarado but that’s not the point, it was about pushing the boundaries and creating the best possible scenario for his players to succeed and that’s what you are going to get from the Rays and Kevin Cash.

The results may not always be great with this strategy but the process in which the players are implemented into games allow for optimal production and effectiveness and that’s what we’re seeing now. Since May 19th, the day it all began, the Rays pitchers have the eighth highest strikeout percentage at 23.2%, the lowest wOBA by far at .268 (next closest is Boston and New York at .287) and the lowest ERA at 2.75 (next closest is New York at 3.13). If you want to dig even deeper, Tampa Bay has the second best line drive rate allowed at 17%, the second highest ground ball rate at 46.4% and the sixth highest soft contact rate at 19.4%.

It’s working folks, they’re 20-19 since it started and it’s obviously the offense bringing them down. Owners of the league’s third lowest run total at 130 and the fifth highest K-rate at 24.4% offensively, they just are not helping their pitchers out. Cash has had to deal with a plethora of injuries to this staff and the injuries to the pitching in their system have made it very difficult to fill the void at the big league level but he’s done an outstanding job thus far. Also, the team is starting to play elite baseball. Since June 22nd, the Rays have swept the Yankees and the Nationals and took three out of four games from the Astros.

Kevin Cash is utilizing every piece of information he has to pick his spots with these matchups. While it may not be beneficial for fantasy owners to not have a named closer or having typical starting pitchers listed everyday from this team, it is maximizing their effectiveness by only putting them in the best spots for each of their talents. Numbers don’t lie and the numbers show that “The Opener” is effective.