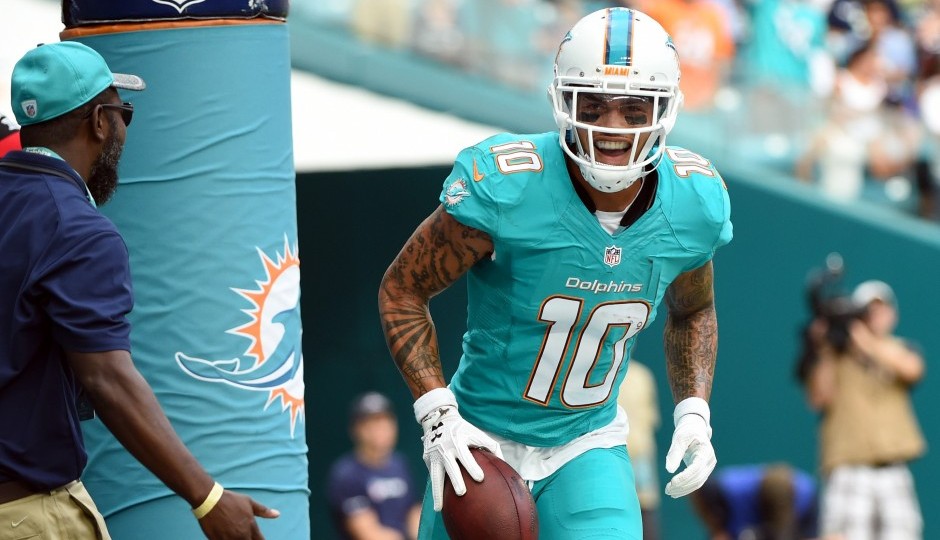 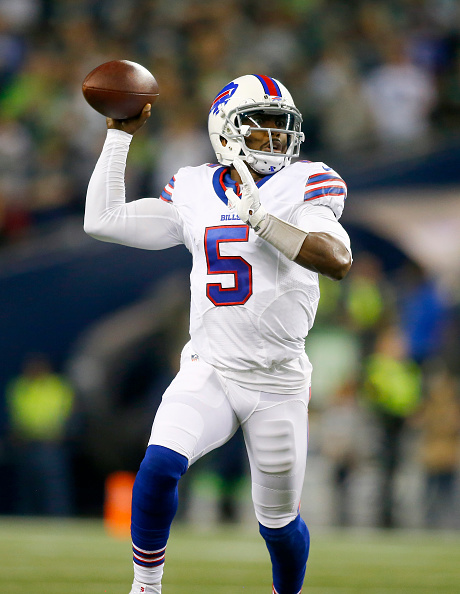 Dez Bryant WR, DAL- This is simple, Dak Prescott is on fire. Through six games, he’s thrown for two touchdowns or more five times for a total of 14 TD’s with only four picks. Bryant has been the main recipient of this aerial attack with 31 targets in the last three games and while he’ll never have a high catch percentage, he is a playmaker and is getting in the end zone. Heading into Week 7, Dez had nine red zone targets (T-2nd in NFL) and he’s cashing in with four touchdowns through six games. Over the next six weeks Bryant will be going up against the maybe Josh Norman-less Redskins twice along with Chiefs, Falcons, Eagles and Chargers with the last four teams ranking in the bottom 20 against opposing wideouts.

Tyrod Taylor QB, BUF- Here is a player to target for your fantasy playoffs, but we’ll get to that in a second. Taylor isn’t going to knock your socks off with any outrageous performances but his running ability allows him to maintain a very nice floor for fantasy owners if the points aren’t there though the air. Through Week 7, he’s averaging almost 14 points per game and that’s after playing Denver, Atlanta, Cincinnati, and Carolina. All of those teams are sitting in the top half of the league in fewest points allowed to opposing quarterbacks. Throughout the rest of the season his toughest game will come against the Chargers in Week 11. Outside of that matchup he will get the opportunity to rack up points against the Colts, Patriots, Saints, Dolphins and Chiefs, all of whom are terrible against opposing quarterbacks. Taylor is a guy to target now at a discount price in relation to other quarterbacks to gain the matchup advantage over your opponent in the playoffs.

Derek Carr QB, Oak- After suffering from a fracture in his back in Week 4 against Denver, it looked as though Oakland would lose all fantasy value this season. Carr is as tough as they come and just three weeks after the injury he returned to the field and in a huge way. Carr threw for 417 yards and three touchdowns in a sensational Thursday night game against the Chiefs. As we could all clearly see, he is healthy and with the Marshawn Lynch experiment not working Oakland may be looking to go back to airing it out more with Carr. Receivers Michael Crabtree, Jared Cook and a reemerging Amari Cooper allow Carr to throw anywhere on the field and put up fantasy points, setting up an intriguing second half of the season for the Raiders. The fantasy playoffs typically run from Weeks 14-to-16 so with Carr’s matchups against Kansas City, Dallas and Philadelphia in those three weeks, he is someone to target soon, as they’re all in the bottom 11 in fantasy points against opposing QB’s. 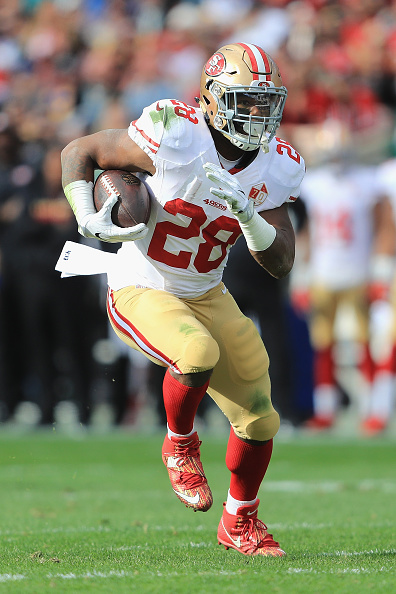 Carlos Hyde RB, SF- San Fransisco is not good, at all. A quarterback change to C.J. Beathard should pretty much sum up the offensive potential of this team. Its hard to tell what direction this team wants to go in. One week they want to split the workload between Hyde and Matt Breida and the next week they give Breida four carries. Hyde is still THE guy here but looking ahead at his schedule there doesn’t seem to be sunshine in the forecast. Over the 49ers next eight games, seven come against top fifteen fantasy defenses against running backs, three of which are in the top six. Being the lead back here still merits some value, however, you may feel its in your best interest to find a trade partner and get a back with an easier slate ahead of him.

Jerick McKinnon RB, MIN- McKinnon and Latavius Murray find themselves in a 50-50 timeshare in the Minnesota backfield. Over the last three weeks McKinnon has 45 carries and 14 receptions to Murray’s exact same 45 carries but only 3 receptions. The “hot hand” approach seems to be in play here and that approach is one of the more frustrating situations for a fantasy owner. Murray had a big game in Week 7 against Baltimore and the performance could lead to more touches, putting McKinnon on the wrong end of the timeshare. There isn’t a fantasy owner out there who likes any part of a timeshare and Minnesota seems content with this strategy, so be cautious of McKinnon in the weeks to come.

T.Y. Hilton WR, IND- Is there a bigger mess than the Colts right now? It’s not looking good for Andrew Luck to return this season and that is bad news for Hilton owners. His schedule has been brutal, the quarterback play has been less than ideal and the Colts aren’t very competitive. From Week 8 to 16, Hilton will go up against one team that is in the bottom 15 to opposing wide receivers in fantasy football, ONE. This is a receiver who could put up another big performance or two this season and the sooner the better, as you could sell immediately. The fantasy playoffs brings in the 16th, 7th and 2nd best defenses against opposing WR’s for Hilton, leaving little hope for a contribution towards your championship run.

Kenny Stills WR, MIA-  Kenny Stills is electric, and he’s finally catching the ball! He now has 10 catches and three touchdowns over the last two weeks and has shown a comfort level with new starter Matt Moore, having caught a touchdown in each of Moore’s last three starts dating back to 2016. Stills has typically been an all or nothing deep threat early in his career, however with more targets coming his way, it could 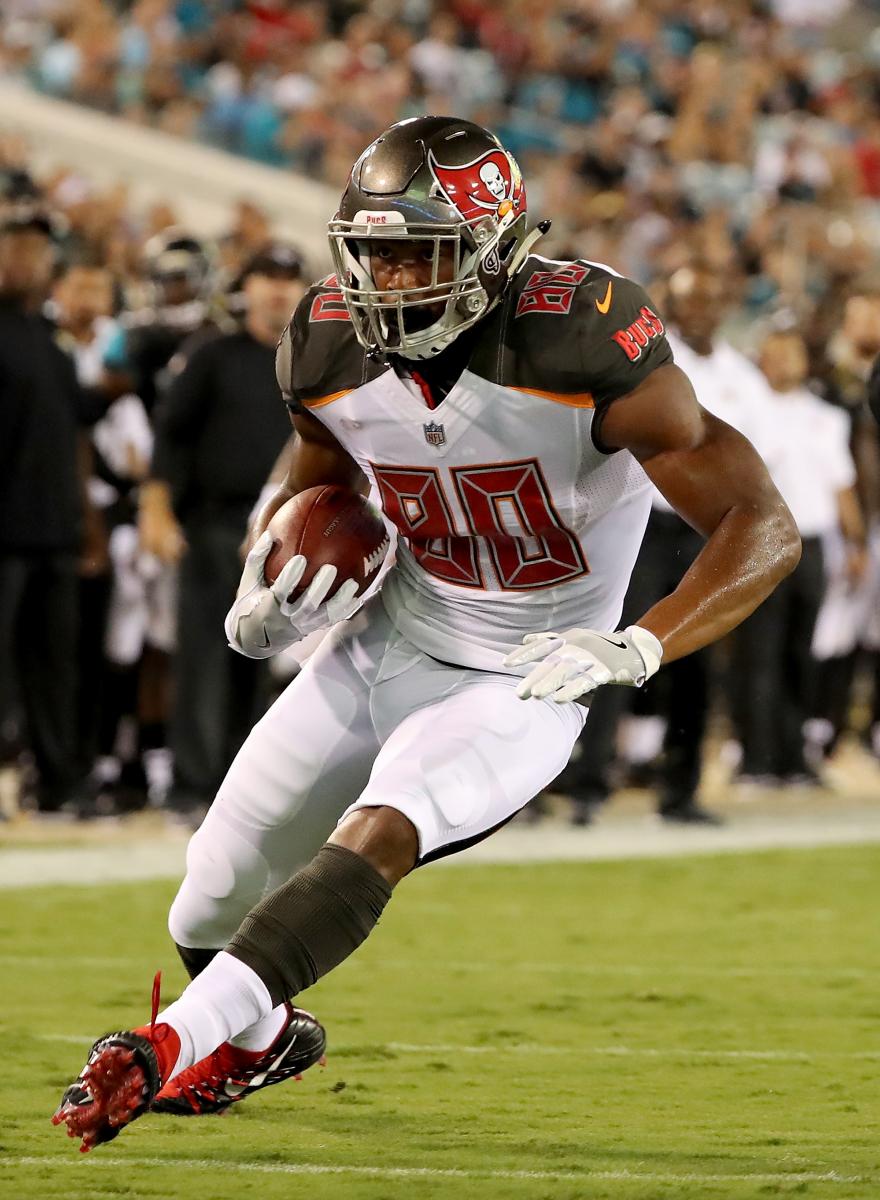 raise his floor and make him more reliable for your fantasy team down the stretch. Over the last two weeks Stills has been targeted 13 times, throwing in Davante Parkers’ latest injury and issues with Jay Ajayi’s shoulder, Stills now has a golden opportunity. Weeks 8 and 13 bring tough defenses in Baltimore and Denver but with games against Tampa, New England (twice), Oakland and Kansas City, there is plenty of intriguing upside down the stretch for this under the radar threat. Also, lets not forget that this is a guy who had nine touchdown receptions in 2016, so with four through Week 7 it isn’t a stretch to see that number again in 2017.

Russell Wilson QB, SEA- Pete Carroll wants to run the ball so bad and they just cant. Week 7 brought the 7th worst rush defense in the NFL and all Seattle could muster was 3.4 YPC on 31 attempts. Russell Wilson and the Seahawks are at their best when they are spreading the ball round the field, allowing Wilson to find the open field and getting chunks of yardage with his legs. Wilson’s playoff schedule isn’t as nice as the other QB’s I mentioned above but Weeks 9-13 are very inviting as they play WAS, ARI, ATL, SF and PHI. The play of the elusive Wilson in these matchups could vault you into a playoff birth. A tough matchup against the Texans could be your window to get Wilson at a reasonable price, after that, good luck.

O.J. Howard TE, TB- The juice is loose ! The extremely talented tight end has finally been set free in the Bucs offense and he’s showing what allowed him to be drafted in the first round out of Alabama. Very few players at this position have the talent, size and speed that O.J. Howard possesses. Tampa already has a talented tight end in Cameron Brate to take attention away and free up Howard, evidence of his two touchdowns in Week 7. Howard now has three touchdowns in the last two games and is seeing an increased role in the offense. Mike Evans, DeSean Jackson and Cameron Brate receive a ton of targets in this offense so it remains to be seen if Howard can continue to be involved to this extent. However, there aren’t many players like him in the NFL so an uptick in usage to utilize the first round pick properly could be of importance to a reeling Bucs team sitting at 2-4 and at the bottom of the NFC south.