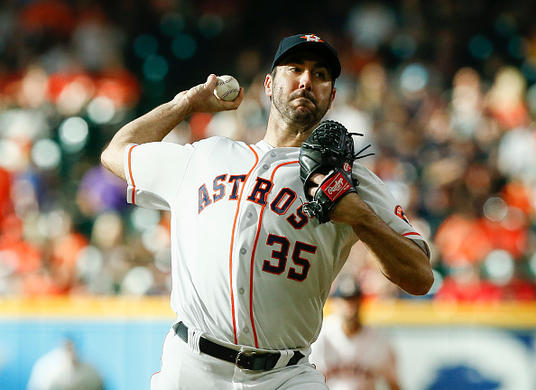 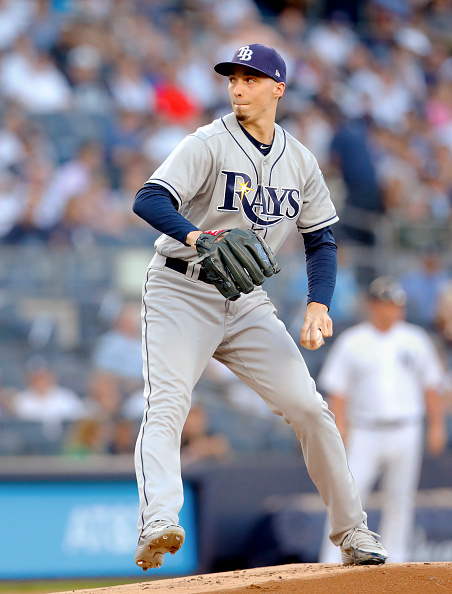 Justin Verlander is by far the top pitcher tonight, and feel like he is your best option if playing cash games on FD, as there looks to be plenty of value options available hitting wise.  Verlander may not be as highly owned on DK as he will likely be on FD, but is still a top play in all formats. Mike Clevinger is another top pitching option to consider, as well as the Gio González vs Blake Snell matchup.

I also personally like the spot that Cole Hamels is in, as well as Félix Hernández , but slightly less with him.  Although I’m not personally on them, the Jameson Taillon vs Seth Lugo matchup is intriguing as well. Both pitchers have solid price tags, and are up against teams that haven’t really been scoring much lately.  Feel free to roll with them, stack hitters against them, or fade it all completely.

Thoughts from the Fantasy Alarm Team: Our pitching coach, Tom Vecchio, likes Verlander and Clevinger if paying up, Hamels and Gio as mid-priced options, and Felix and Taillon as his value pitchers.

Our projections have Verlander leading the way, followed by Lugo, Folty, Kenta, and Snell.  Lugo is the top value play on FD, and joined by Gant as a DK value play.

As mentioned in the playbook, hitting tonight is pretty wide open, and could end up based on your personal game theory routes for tonight.  The Rangers check in as the only team with an implied run total of over five, but the Mariners will likely be the more popular targets tonight with the second highest projected run total.

I also believe the Dodgers, Indians, Yankees, and the ARI/MIA game are all solid targets.  This doesn’t mean the other teams aren’t in play, as I mentioned plenty of other teams in the playbook, but it does help when trying to decide between players from different teams if playing cash games.

Catcher is starting to become a tough position to read, as FD combines it with first base, and DK is starting to tighten their pricing for catchers. Although I listed high and mid priced options, I think going under $3K with catcher would work tonight with either Chris Herrmann , Jeff Mathis , Bryan Holaday , or Austin Barnes if starting.  I don’t mind paying more though for a catcher in a team stack. 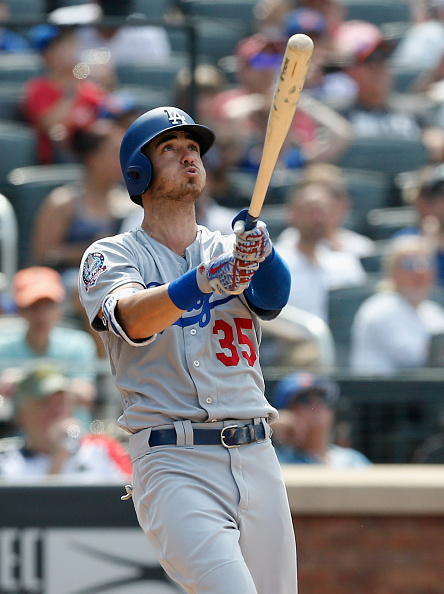 Paul Goldschmidt leads the way if you can afford him at first, with Freddie Freeman and Cody Bellinger right up there for me as well.  Gregory Bird has a solid FD price tag, with Justin Bour having a solid one on DK. Plenty of other routes to take at first if you are thinking other pitchers are worth targeting.

I don’t think you need to fully pay up at second, but can’t go wrong with José Altuve or Ozzie Albies .  Dee Gordon has a cheap FD price tag, as well as Logan Forsythe if starting. If looking to target the hitters in the PIT/NYM game, then Cabrera and Harrison are in play.

José Ramírez is the top third base option, but think you can save some salary with Adrián Béltre , Kyle Seager , Justin Turner , or Jake Lamb .  I listed plenty of pivots for stacking in the playbook.

Shortstop is wide open, as you can go cheap on FD with J.T. Riddle , José Reyes , or Kiké Hernández if Chris Taylor is out. You can also pay up for Francisco Lindor as a top option, as well as the next tier led by Carlos Correa .

OF is always wide open in terms of routes to consider taking.  If not stacking, I prefer to pay up for one spot, punt the other, and use the last spot to pick a player from a team that I’m already targeting. OF is open today in terms of routes to take.  If paying up, I mentioned a few different routes to take in the playbook. Nelson Cruz and Giancarlo Stanton will likely both be popular options, but Odubel Herrera , Shin-Soo Choo and George Springer could all work as pivots.  Mark Trumbo and Colby Rasmus are in play if off of Felix, while Derek Dietrich , Joc Pederson , and Lonnie Chisenhall have solid price tags for their matchups.

Thoughts from the Fantasy Alarm Team:  Our hitting coach, James Grande, likes Cruz if paying up, with DeShields and Bellinger as his mid-priced targets, and Camargo and Bour as his value plays.

Our projections have Goldschmidt, Judge, Bregman, and Springer as the top four. Renfroe checks in as the top value play on FD, and joined by Heredia on DK.

If playing gpp’s, your best approach is stacking.  Pick a game, or two teams that you think will blast off, then go all in on them.  Yes, entering your cash lineup, or another type of lineup can cash in a gpp, but if looking to finish in the top 1%, you need to hit with a stack. I like the Indians and Dodgers, but may also add a full game ARI/MIA stack in there as well.

Thoughts from the Fantasy Alarm Team:  Our stacking coach, Jon Impemba, likes Seattle, Houston, and Arizona as top stacks, with Miami as his contrarian stack.

I do like the Dodgers value options listed above, and in the playbook if their lineup comes out in time, and it’s looking like the Padres are going to be the value team that many will look towards tonight.  While Verlander is the elite cash game play tonight, I like going with Hamels vs the Padres tonight in a gpp or two. The other area where I may be different from the field tonight is with the Pirates/Mets game.  I’ll likely either be targeting hitters, or fading this game, but feel that a solid amount will be using Lugo, or even Taillon as their value pitcher. I’d rather pivot to Felix or Mahle instead. Good luck!