Howard Bender throws down a hot take on the 80-game suspension of Pirates outfielder Starling Marte who tested positive for the performance-enhancing drug Nandrolone. 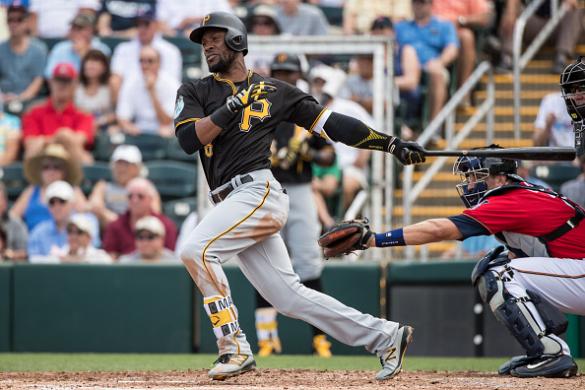 On a night where we have a full 15-game MLB slate available for DFS action with all sorts of potential for fantasy baseball deliciousness, we’re now forced to choke down an incredibly bitter pill to swallow with news that Pirates outfielder Starling Marte has been suspended 80 games for a PEDs violation. Et tu, Starling? Et tu? You gotta be kidding me!

I was just about to go live on SiriusXM when the news broke and I literally just sat there completely dumbfounded. As a fan of the game, I was depressed. To lose a player this dynamic because of something so unbelievably stupid genuinely makes me sad. As a broadcaster, I was pissed off. To know we’re now going to spend the next several weeks harping on PEDs and questioning everything Marte has done on the field to date totally blows. And as a fantasy player, well, to quote the great Ron Burgundy, “I am in a glass case of emotion!” Devastated over losing him on a couple of teams while slightly elated to see a few chief rivals take this kick to fantasy groin, this suspension has me all twisted up inside. I feel like a little kid who was just told he could go to Baskin Robbins, have anything he wants for free and the only flavor they have is Rum friggin’ Raisin. To go with the tritest baseball cliché of all time, there was no joy in Mudville today.

I want to give you fantasy owners a pep talk right now, but it’s not going to help. Not one bit. If you owned Marte, you drafted him in the second round and expected 40-plus steals with 15-20 home runs and an average floating somewhere between .20 and .300. Now look at him. You’ll be lucky to see even half of that. Unless you’re in a six-team league, you’re not going to find replacement value on your waiver wire. You can try and stream in a few guys, but you have to catch those hot streaks at just the right time and know exactly when to swap someone out for a new flavor of the month. I’ll just leave it at near-impossibility just to give you a slight glimmer of hope.

OK, maybe that’s a bit harsh. It’s probably just the anger talking. People have been in much more dire straits than this and still won fantasy championships. It’s just a huge pain in the ass. Just ask those who lost Dee Gordon when he was suspended. Or how about those who invested in A.J. Pollock when he got hurt last year? It’s not an easy thing to do, but certainly not impossible. You may have to trade from strength a little earlier than you would have liked, but it’s doubtful you’ll be able to find all of your help on the waiver wire.

As far as the rest of the fallout, you have to expect Adam Frazier to see every day at-bats between second base and the outfield. He’s off to a solid start this season, batting .308 with one home run and four RBI, but if you look at his profile and minor league track record, you’ll know there’s really nothing to get too excited about. He’s got enough speed to maybe swipe 15 bags, but there is little to no hope for any legitimate power. His offensive game is all about decent plate discipline, solid contact rates and good on-base skills. Runs scored and batting average, that’s what you can expect help in.

Many are going to throw out the notion of the Pirates bringing up Austin Meadows early, but that seems unlikely. The Pirates were already struggling, the infield looks disastrous as they rely on guys like David Freese and Jordy Mercer, and now Marte leaves a declining Andrew McCutchen and banged-up Gregory Polanco in the outfield. Add to it an inexperience pitching staff and you’ve got the recipe for rebuild. Meadows won’t even be considered until after Super-2 has passed and even then, they probably don’t want to mess with this kid’s confidence by calling him up too soon. Maybe some time in the second half, but that’s not helping you fantasy owners right now, is it?

Take it in stride, folks. It’s going to hurt. You have a lot of decisions to make, including what to do with him on your bench. It’s tough to lose a roster spot, especially if your league has a short bench, but my suggestion is you leave him there until you absolutely need the space. When Dee Gordon returned from his suspension, he still swiped 24 bases in half a season. If you can get a boost like that, it’s worth it. But if injuries pile up on you and the bench spot is needed, you’re going to have to bite the bullet and drop him. You won’t like doing it, but you’re going to have to.

I now have to leave you so I can go sit in a corner and cry.