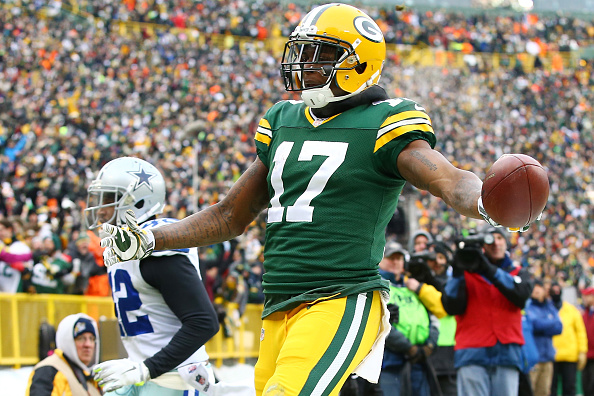 So we’ve had a few more drafts and the Mock Draft Army ADP Trend Report is as active as ever. But before we just jump right to the data table, allow me to highlight a few things of which to take note. Some may be common sense to many, but for some, you’ll actually be able to see the lightbulb over their heads go on when they stop and really think about it.

That being said, let’s take a look at some of the other significant risers and fallers over the past month.

T.J. Yeldon, RB JAC (+91.4% in PPR; +2.6% in standard) – The rookie is having a strong camp and is starting to look good catching passes out of the flat. Denard Robinson is still going to get his work in as a change-of-pace back, but it seems like the Jaguars are going to at least hand the full-time reins over to Yeldon to start the season.

Doug Martin, RB TB – (+32.4% in PPR; +43.4% in standard) – With the Bucs naming Martin as their lead back, his ADP is definitely shooting upwards, but just be careful that you’re not putting too many eggs into his basket. Charles Sims is still a favorite of Lovie Smith, who drafted the kid, and Bobby Rainey is still likely to see a good amount of third down work. Martin is a good pick where his current ADP is right now, but we wouldn’t shoot for much higher unless you’re completely desperate.

Eddie Royal, WR CHI (+27.3 in PPR; -3.8% in standard) – The slight drop in standard leagues is negligible, but shouldn’t go unnoticed. With the loss of Kevin White and the injury to Alshon Jeffery, many are tagging Royal as a major player in the Bears passing game. While he may see an increase of targets early on, keep in mind that this is still Eddie Royal we’re talking about here. The veteran has been good for a few weeks and then disappears. It’s tough to imagine that pattern not being repeated this season.

T.Y. Hilton, WR IND (-49.9% in PPR; -15.6% in standard) – He’s gone from a second-round draft choice to falling in among the likes of DeAndre Hopkins, and Jordan Matthews. Perhaps the addition of Andre Johnson who is having a solid preseason, is causing people to question just how many targets Hilton will see this season. He’ll still be a top guy on the Colts, but maybe not as productive as many originally perceived.

Josh Hill, TE NO (-20.7% in PPR; -11.8% in standard) – The fact remains that Ben Watson is seeing the majority of first-team reps in camp and it looks like the Saints are going to lean a little heavier on the veteran. Hill has some nice upside and could find his way into an increase in targets down the road, but for now, the team seems to view him as a second-tier option.

Cam Newton, QB CAR (-13.6% in PPR; -20.4% in standard) – For quarterbacks, the difference between PPR and standard is negligible as they aren’t the ones catching the passes. The scoring doesn’t affect them. However, it’s worth noting that Newton’s fantasy fan-base has diminished with the loss of Benjamin and the lingering concerns over his health. He should still be a top-10 quarterback (or at least close to it) but there’s no rush to grab him anymore.

**As always, feel free to hit me up at either howard@fantasyalarm.com or rotobuzzguy@gmail.com for a copy of this ADP Trend Report in Excel format.