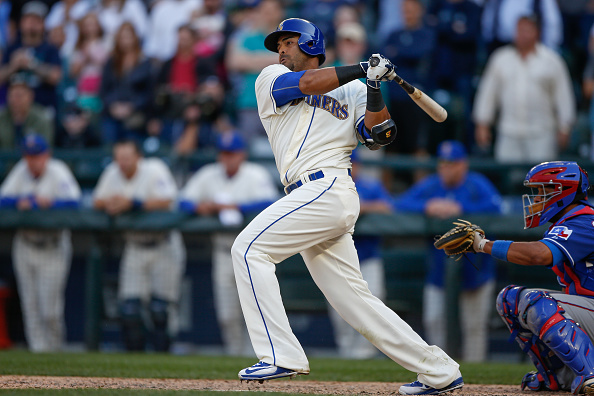 How about a “This Date in History” so we don’t just perpetually equate it with a stoner’s paradise? Did you know that on this date in 1912 it was the first Opening Day at both Tiger Stadium and Fenway Park? How about the Cubs playing their first game at Weeghman Park (currently Wrigley Field) on this day in 1916? That Apollo 16 landed on the moon today in 1972? That Danica Patrick won the Japan 300 in 2008, becoming the first female to win an Indy race?

OK, now let’s get to business …

DFS Plays of the Day

C: Stephen Vogt, Oak – The lefty-swinging Vogt just got his official catcher eligibility in most leagues after 10 games and is ripping it up lately. Over the last seven days, he is batting .368 (7-for-19) with two home runs and four RBI and facing right-hander Matt Shoemaker who is letting lefties hit .310 against him with two home runs and five RBI this season.

1B: Miguel Cabrera, DET – With the pitching match-ups less desirable, it’s time to invest in big bats. There’s no one bigger than Miggy. He’s batting .345 (10-for-29) with two home runs, 12 RBI and five walks against big southpaw CC Sabathia.

2B: Jedd Gyorko, SD – The only thing better than hitting at Coors Field is being a right-hander like Gyorko and facing lefty Jorge De La Rosa at Coors. In his career, Gyorko is 10-for-15 (.667) with three doubles, two RBI and four walks against him and makes for a very economical play.

3B: Mike Moustakas, KC – He’s cooled off a little this past week but is still hitting .286 (7-for-25) over the last seven days and has a good lefty vs righty match-up Monday against Kyle Gibson. Moustakas is 5-for-10 with two doubles and a walk against Gibson in his career and this season, so far, Gibson is letting left-handed bats hit him at a .381 clip with an .863 OPS.

SS: Starlin Castro, CHC – It’s righty on righty which is not something you really want but with limited games here, you may as well take a shot if the price is right. Castro is 13-for-29 (.448) with three doubles, four RBI and four stolen bases when facing A.J. Burnett so at least the track record is decent.

OF: Matt Kemp, SD – Another big bat to invest in while you ease up on what you spend for pitching. Kemp is killing it against Jorge De La Rosa, batting .385 (15-for-39) with three home runs and 12 RBI, and gets the Coors advantage to go with the tasty match-up.

OF: Ryan Raburn, CLE – How about a nice super-cheap match-up? John Danks is simply not a good pitcher anymore and Raburn has had his number for quite some time. Raburn, a notorious lefty-killer is  14-for-44 (.341) with three HR and 11 RBI against Danks in his career and will certainly garner the start Monday.

OF:  Brett Gardner, NYY – he’s just coming off a bunch of time off from being hit on the wrist with a pitch last week, but is 3-for-9 (.333) since returning with an RBI, a walk and three stolen bases and is actually batting .333 (3-for-9) with two RBI, three walks and three stolen bases against Tigers right-hander Alfredo Simon.

SP: A.J. Burnett, PIT – With few good options Monday, using Burnett will prove to be fairly economical. He’s a solid strikeout option against a free-swinging Cubs lineup, against whom he has an ERA of 2.77 over his last six starts. Save for Starlin Castro, no one on the current Cubs roster has decent numbers against him and at home, in his last 32 starts, Burnett has a 2.80 ERA.

SP: Trevor Bauer, CLE – With a match-up facing JohnDanks, the run support should be massive which always tends to help in the win column. Bauer has allowed two runs over 12 innings this yearwith an outstanding 19 strikeouts. The White Sox are batting just .256 against right-handers this year and have plated just 29 runs against them, good for just 23rd in the majors.

SP: Hisashi Iwakuma, SEA – If you’re going to throw some money at pitching, Iwakuma isn’t a bad choice against Houston despite some early season struggles here. Over his last 49 home appearances (42 starts), Iwakuma has a 2.82 ERA and the opposition is batting just .222 against him. Combine that with a free-swinging Astros team that is batting just .203 against right-handers this season and you’ve got even more to like.

It’s real easy to see that Kris Bryant was way too amped up for his big-league debut this year as he went 0-for-4 with three strikeouts and saw almost as few pitches as you could possibly see. But the next game, he went out there and not only went 2-for-3 with an RBI, but he drew three walks. That’s pretty impressive for a rookie who’s supposed to be mashing home runs. In his third game, he went 1-for-3 with his first extra-base hit, a double, and while he did strikeout out once, he still looked much more comfortable at the plate. Granted, the sample size isn’t sufficient at all, but if we’re looking at trends, it’s easy to see that Bryant has reined in the eagerness and is trying to be a better, more disciplined hitter. His first home run is coming very soon. It could even be today.

If we’re looking for great trends to follow, then what’s better than the influx of rookies, particularly on the pitching front. It was announced Sunday that rookie flame-thrower Carlos Rodon would be called up by the White Sox Monday and while he’s not ready for DFS action, season-long league owners better stash this kid away. Drafted in 2014 with a skill-set that screamed high strikeouts, Rodon destroyed High-A ball and was bumped immediately to Triple-A. He saw his K/9 remain above 13.00 and the talk of him making the jump to the majors was prevalent. This year, he’s still throwing big strikeouts but has actually cut back on walks so the command is improving. He’s going to pitch out of the bullpen to start, we’re told, but with John Danks and Hector Noesi being lousy starters, it’s just a very short time before Rodon takes over for one of them in the third or fourth inning, displays his skills for three or four innings of his own and earn that rotation spot immediately. With Danks on the hill against Cleveland today, that time could even be now.

It looks like Atlanta’s Freddie Freeman isn’t quite alone in that lineup after all. Freeman and Nick Markakis combined to go 12-for-20 in their three-game series against the Blue Jays and scored nine of the team’s 18 runs.

While he’s batting just .143, Jose Bautista is posting a 20.4-percent walk rate this season and just drew his 10th and 11th walk of the season Sunday to lead the American League.

Before Jose Quintana was lit up by the Tigers on Sunday, White Sox pitchers had a 1.79 ERA over their previous 50 1/3 innings. After Sunday and with Danks and Noesi coming up in the rotation, that ERA is not going to be trending in the right direction anymore.

While injuries could be putting the kibosh on things soon, the Mets won their eighth-straight game Sunday. The winning streak is the club's longest since an eight-game run in June 2010. New York also opened 10-3 in 1986 and 2006 -- and won division titles both times.

Alex Rodriguez reached base on eight of 14 plate appearances during the Yankees series against the Rays this weekend. He went 4-for-10 with two home runs, four RBIs, four walks and six runs scored. The only Yankees' player to score six times in a three-game series last year was Brett Gardner in July at Texas.

Jose Altuve extended his hitting streak to nine games. The second baseman, who led the majors in hits last season with 225, already has four multi-hit games this season and two three-hit games.

Albert Pujols now has 25 home runs in his career at Minute Maid Park, which is tops among visiting players all-time. His third homer of the season was the 523rd of his career.

And finally, no one told Nelson Cruz that he wasn’t supposed to hit for power anymore now that he is with the Mariners. Cruz has now hit safely in eight-straight games with five multi-hit performances. In that span, he has eight home runs and 14 RBI.