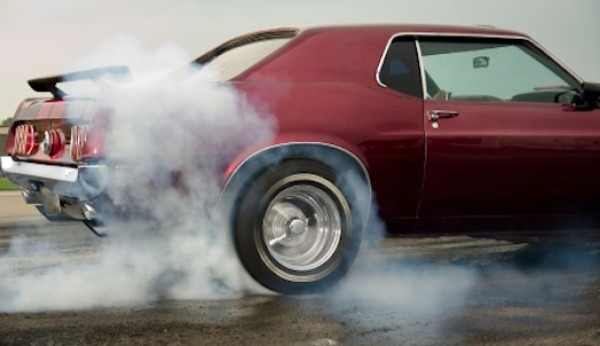 We’re five weeks into the regular season and the panic is setting in now more than ever. Those who drafted the likes of Adrian Peterson and LeSean McCoy are freaking out about their running back situation and those sitting on A.J. Green and Brandon Marshall are about to hit the big red button as well. Your teams are sitting at 2-3 or 1-4 and your need/desire to shake things up and see if you can salvage your fantasy season is more prevalent than ever. But while there’s nothing wrong with hitting the trade market in full force, shaking up your team is only successful if you do it the right way. You trade from your strengths to build up your weaknesses. Doing anything but that and you’re just spinning your wheels and getting absolutely nowhere.

It was Albert Einstein who once said that the definition of insanity is doing the same thing over and over again and expecting different results. If your team is 1-4 and you’re sitting on Demaryius Thomas and Dez Bryant because you were picking at the tail-end of your draft and thought double-tapping the elite wideouts was the way to go, chances are Thomas’ early-season slump isn’t the only reason your record sucks. It probably has something to do with the fact that your running backs are C.J. Spiller and Ryan Mathews.

Logic and common sense, especially after Thomas’ 226-yard, two-touchdown performance, dictate that you trade off one of these elite receivers and get yourself some running back help, right? One would think. But in email after email, tweet after tweet, struggling owners with sound receivers are constantly asking for trade evaluations that show them doing things like upgrading from Nick Foles to Peyton Manning while also attempting to buy low on a guy like Brandon Marshall.

Huh? Does that even make sense?

First of all, how are you even addressing your team’s biggest problem? Sure, Manning has outscored Foles this season, but is that where your team is lacking? Is that upgrade going to put you on the winning side of the fence or is the fact that your running backs still suck going to continue to be your team’s biggest issue?  And who, by the way, is going to be stupid enough to sell low on Marshall while also giving you the best quarterback in the league? Are you playing with morons? Did you recruit a bunch of first graders for a league so you could finally win a championship?

“Oh, well didn’t you see that I was also getting Jeremy Hill.”

(Yeah, that’s right. Say that in your best duuurrrrr voice)

Seriously? Hill? That’s how you’re going to fix your team’s running back problems? Sorry. A modest upgrade at quarterback, a downgrade at receiver and Hill are not going to fix your situation. In fact, you’ll probably end up losing more.

If your running backs suck and you have more than one elite wideout, then you trade one of them for a high end running back. Shut up with your Andre Williams and your Bishop Sankey and don’t even think about buying high on Branden Oliver. You target Eddie Lacy. You target Gio Bernard, Le’Veon Bell, Marshawn Lynch. If you’re giving up a high-end receiver then you best be getting a high-end running back in return. Anything less and you’re what…? That’s right….spinning your damn wheels.

“But no one is going to trade me those guys,” he says with a whine.

Fine. Then you set your sights a little lower. How about Demaryius Thomas and Bobby Rainey for Andre Ellington and Kendall Wright? Of course it’s a downgrade in receiver, but the upgrade from Rainey to Ellington is still bigger than the downgrade from Thomas to Wright. That puts you ahead in this trade. You see how this works?

While it may, one day, put me out of a job, I am a firm believer in the philosophy, “Give a man a fish and he’ll eat for a day. Teach a man to fish and he’ll eat for a lifetime.” So allow me to share a bit of wisdom with you. Take a step back from your team and give it a fair and objective evaluation. Forget about your hopes of certain guys panning out. Forget about what you hope they might do and focus on what they have done and what their current situation is. Be honest and objective and the picture of how to fix your team will soon become clear. Don’t try to do it all in one big 5-for-5 trade because those never work out in football. Pinpoint your biggest strength and use it to fill your biggest weakness. That should put you on the right path. If one deal doesn’t do it, then simply take another step back, rinse and repeat. You’ll get there soon enough.