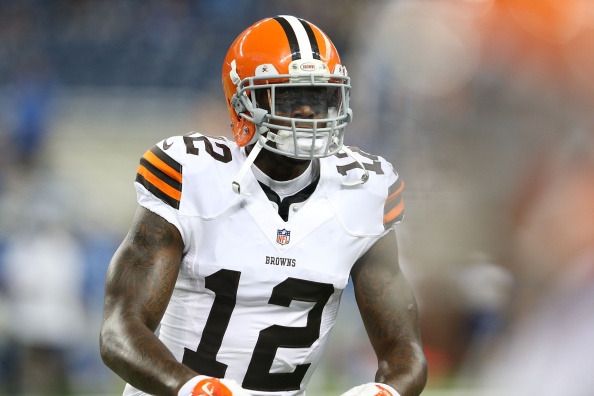 You know how you can block stuff like phone numbers, Facebook stalkers, Twitter trolls, that sort of stuff? It’s getting to the point where fantasy folk like me are about to start blocking every question that has the name Josh Gordon attached to it. Each and every week, and even more now that the bye weeks have started up, there are more and more questions coming in from people regarding how to handle their roster now that they have stashed away Gordon and find themselves one bench spot short.

We warned you that he was going to be a problem. We told you that it was ridiculous to draft him after it was announced that he could be suspended for the year and when he actually was, still you insisted on doing so under the assumption that some Ohio law was going to overturn that suspension.  Even after the NFL caved to the Players’ Association and agreed to reduce the suspension to 10 games, putting him on-track for a Week 12 return, we told you that you needed to see the forest through the trees and bypass him altogether. We tried. Really we did. Over and over again, we told you that it was a mistake to draft or own him this year.

Did you listen? No. Of course not.

Why listen when you can quote me stats that he put up last year? Why take into account the 11 weeks he’ll miss right now when you can hope for four or five games he may or may not play for you starting in late November? Why worry about the chronic (pun intended) off-field issues when he’s been on such good behavior for the last three weeks? Why be smart when you can so easily be ignorant to your mistakes?

Sure, it is very possible that having Gordon available to you come playoff time could be a huge bonus. But guess what? You have to make it to the playoffs first. So many of you are looking too far ahead that you’ve already done your team a disservice by not properly preparing for the bye weeks knowing that you are one bench spot short. Now, you again turn to us, having ignored our advice from the get-go, and want us to tell you how to win your games each week while playing shorthanded.

Being able to transfer guys on and off your roster during the bye weeks is what you need to do in order to survive the regular season and make your league’s playoffs. Few leagues have benches so deep that you can roster enough players to cover those regular absences. Not to mention, cover you in the case of injury or, in the modern NFL, stupidity in the form of domestic violence charges or PEDs suspensions. You need to have roster flexibility in order to properly rotate players during the byes and pick up those extremely valuable free agents that pop up from week to week. Sitting one roster spot short because you’re stashing away a problem child is going to make your life 10 times more difficult and in many cases prevent you from actually making the moves you need to make to win.

Gordon won’t be available for use until Week 12 and for many leagues, that’s pretty close to the end of the fantasy regular season. Without being able to manage your roster properly because you’re playing one spot short, you’re going to end up with a middling record, at best, and very likely to finish outside the playoff bubble. You’ve stashed this ass-clown on your bench all year and now you won’t even be able to use him because even a win in your Week 12 game won’t help your 6-6 team reach the Promised Land.

You may think you’re being slick and savvy here, but all you’re doing is helping your opposition. If you can’t pick up a top free agent because you don’t have the room, well that’s one less team your competition needs to worry about in the bidding process.  If you lose a guy to a multi-week injury and need to pick up his back-up but won’t drop Gordon, well then there’s likely a quality player that you will drop who now everyone else can get their hands on. You’ve got yourself some potential; they’ve got themselves proven talent and a winning record.

Maybe this is all a testament to the fact that head-to-head play with a playoff system is completely stupid and there’s a much greater need for rotisserie football leagues. At least then you can be a bonehead and stash this guy because you won’t feel the pain of doing so each and every week as you pile up losses. But that’s an argument for a whole other day.