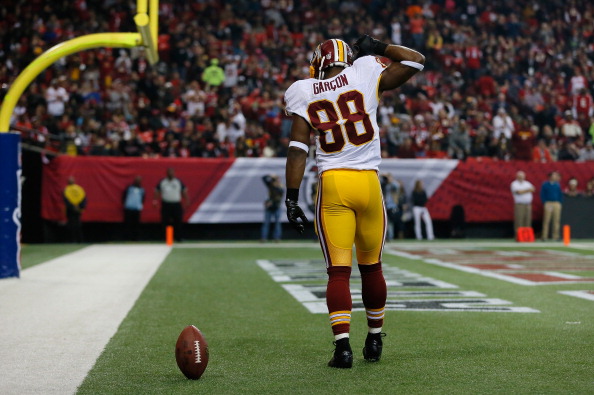 As we gear up for Week 4, there’s an interesting trend that we are seeing develop in the NFL right now. In this era of the pass-happy offensive schemes, passing is actually down this year in comparison to last season. In 2013, the average number of passing attempts in the NFL was roughly 117. This season, the average is down to 106. The difference in numbers doesn’t seem exceptionally large on the surface, but when you think about that fact that there is an average of 11 fewer passing attempts over a three-week span, fantasy owners are seeing a growing difference in the inherent value of certain skill positions.

With running backs apparently gaining in value, particularly the ones who are consistently seeing an increase in carries, and quarterbacks seemingly taking a slight dip, the receivers and tight ends who are seeing an abundance of targets are becoming much more valuable to fantasy owners. The average fantasy league starts three wide receivers and a WR/TE-eligible flex position, the depth at those positions is starting to thin out more given the overall drop in passing attempts. A player who may have seen an average of 10 targets per game, may only be averaging seven or eight right now which obviously cuts their opportunity to rack up yardage and score touchdowns. The total fantasy points then takes a hit.

This is probably most evident in your average receiver. Wideouts such as Julio Jones and Antonio Brown and tight ends such as Jimmy Graham remain elite options. Their value in fantasy obviously continues to grow with this trend. But now we also see some of the more middle-tier options – guys like Golden Tate and Rueben Randle – becoming much harder to drop to the waiver wire because of their level of work, and newcomers like Allen Robinson and Justin Hunter become more difficult to acquire because they’re now on everyone’s radar given the number of targets they see and the lack of depth at the position. Granted, we’re just three weeks into the season and the trend can change on a dime, but it’s definitely something to keep in mind when setting your waiver claims.

So with that in mind, let’s take a look at our weekly and overall leaderboards.

Pierre Garcon, WR WAS – Yeah, yeah, I know I said we wouldn’t be talking about the no-brainers, buyt just a quick nod to Garcon for being the target leader for the week. He and new quarterback Kirk Cousins put on quite the show against the Eagles on Sunday and you can expect this love affair to last all year. With DeSean Jackson in town, teams won’t be able to double-cover him like they started to do last year, which means you should sit back and enjoy the ride.

Emmanuel Sanders, WR DEN – On my Sunday show on SiriusXM Fantasy Sports Radio (7-10pm ET), I had the opportunity to talk to Broncos beat writer Cecil Lambee of the Denver Post who literally could not stop gushing about Sanders’ upcoming season with the team. He talked about different formations, different packages, a huge-ass route tree and just the overall talent of this guy. Sanders was underutilized in Pittsburgh, but is now gearing up to blossom in Denver this season. Sure, Demaryius Thomas is still the man and Wes Welker will hang around until the next concussion, but Sanders seems primed for a big season here.

Mike Wallace, WR MIA – Everything we were told about Wallace in the offseason seems to have come true three weeks in. He and Ryan Tannehill seem to have jelled on the field and the targets for Wallace are well-ahead of where they were at this time last season. But be careful. There are rumors swirling that the Fins might make a change at quarterback. We’re not saying that Matt Moore can air it out to Wallace regularly as well, but it may take a few games for the two to land on the same page.

Jeremy Kerley, WR NYJ – As a die-hard Jets fan, I cannot, in good conscience, recommend that you draft or start any Jets on your fantasy roster. Sure, some guys have their merits, but Kerley here only saw the targets this week with Eric Decker sitting on the sidelines. Kerley will see a decent target percentage on the Jets, but Geno Smith certainly isn’t going to throw the ball 43 times a game and at 5-foot-9 with so-so hands, he’s not going to post a 63.6-percent catch rate. Maybe he’s a bye-week fill-in for deep league owners, but that’s probably where I draw the line.

Allen Robinson, WR JAC – As it stands right now, Robinson is the new starting X receiver for the Jags. He saw big targets even with the return of Cecil Shorts and he obviously stole some looks from Allen Hurns. But it was Hurns and Shorts who hit pay dirt this week, not Robinson, so beware the fact that he might just be viewed as a possession guy and not so much a red zone threat.

Fred Jackson, RB BUF – This guy, no matter how old he gets, just won’t go away. Take that C.J. Spiller owners.

And did you notice the lack of tight ends here this week? Just sayin’…

Andrew Hawkins, WR CLE – We touched on him last week, but a 33.3-percet target rate on a team that has thrown 96 passes this season shouldn’t go unmentioned here. Josh Gordon isn’t due back until Week 12 and while Jordan Cameron , who finally played in Week 3, will steal targets, Hawkins seems to be the guy who Brian Hoyer favors the most. An increase in red zone targets sure would be nice though.

Steve Smith, WR BAL – We noted Smith for his red zone targets last week, but even more surprising here is that three weeks into the season, Smith has a 26.2-percent target rate to Torrey Smith’s mark of just 14.8-percent. Dennis Pitta’s targets (18-percent) will likely head Owen Daniels’ way, so keep in mind the disparity between the two Smiths. And if Steve continues to see the red zone looks he’s seeing, his value will stay ahead of Torrey’s in all formats.

Giovani Bernard, RB CIN – Obviously we all know that A.J. Green is the main man in Cincinnati, but it’s Bernard who comes in as a very close second in target rate for the Bengals. Mohamed Sanu could be integrated more into the regular passing attack, but Jermaine Gresham is a waste. That means the short passes to Bernard could be coming a lot more frequently this season as the young Bengal earns his big boy stripes.

Larry Fitzgerald, WR ARI –That’s right, people. You just keep sleeping on Fitzgerald. In fact, trade him to me. I’ll take that riff-raff off your hands here. He’s tied for the league-lead in red zone targets and he ranks within the top-five of red zone target percentage. With Carson Palmer coming back after the Week 4 bye, he and Fitz are going to put on quite the old-timers’ experience.

Andre Johnson, WR HOU – This could be an interesting buy-low opportunity. We know that Johnson has shown elite talent in the past, but these last couple of years in Houston have been…well…troubling. Add to it that the Texans are still a run-first team and Ryan Fitzpatrick has only thrown the ball an average of 25 times per game and people are forgetting all about Johnson these days. But that 55.6-percent red zone target rate is just too tasty to ignore. If this team can put together a more balanced offensive attack, Johnson could start doing some real nice end zone dancing soon.

New Orleans Saints at Dallas Cowboys – It looks like we’ll have some fireworks for the Sunday night game as two of the lower-quality pass defenses square off with each other this week. The Saints have allowed an average of 278 passing yards per game with four passing touchdowns while opposing quarterbacks have posted a 96.5 passer rating against them this season. Tony Romo could have himself a big game this week which could elevate the fantasy points of Dez Bryant, Jason Witten and Terrance Williams. Meanwhile, the Dallas pass rush hasn’t looked too good and Drew Brees is trying to lose the stigma that he sucks on the road. With the Cowboys coughing up roughly 250 passing yards per game and a league-high six passing touchdowns allowed, the trio of Jimmy Graham, Marques Colston and Brandin Cooks could be in for a nice boost in value this week.