Sorting Out the Closer Movement 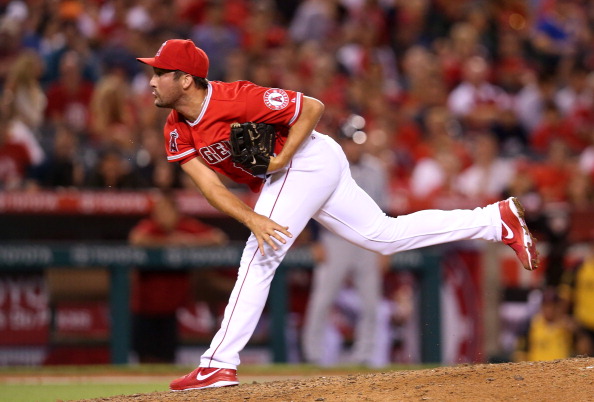 With the July 31st non-waiver trade deadline rapidly approaching we’re already seeing plenty of closer movement as well as hearing even more from the rumor mill. The sellers are finally opening the store and the buyers are ready to bolster their bullpens for a run at a championship. The way this can impact a fantasy league can be huge. Fantasy teams that gain or lose closers at this stage of the game are not just affected in the saves categories, but they’ll also, because there are still two months left in the season, feel it in their ratios and even strikeouts.

So let’s take a look at the deals that went down this past week, talk some rumors and then hit on a few bullpens that could warrant your attention as well…

The Padres finally set Street free and sent him up the road to the Angels for a package of prospects who may or may not develop into something major league worthy. Really feels like a crapshoot at times, doesn’t it? But since the group of prospects is irrelevant for fantasy purposes this season, we’ll skip over their names and just talk about the closers involved.

For the Angels, they get a proven talent for the ninth inning. Sure, everyone knocks Street for his numerous trips to the disabled list, but the guy has recorded at least 20 saves in five-straight seasons and thrown 56 innings or more in three of them. Is he the ideal closer you seek out on draft day? No. But he’s still pretty good. He’ll maintain his closer status with the Angels as Mike Scioscia, who likes Joe Smith a lot, still prefers Smith in the seventh and eighth innings. Owners of Smith get screwed here, but if you’re in an AL-only league, hopefully you had the waiver priority of FAAB bucks to land him. If you’re in a mixed league, well then perhaps you checked out what was left in San Diego after the deal.

With Street no longer around, the Padres will obviously turn to Joaquin Benoit who did a perfectly fine job closing games for the Tigers last season. He’s posted a 1.93 ERA with a 10.50 K/9 over 42 innings this season and is more than capable of picking up the slack. One problem, though, is that the Padres are also talking about dealing him as well. Should Benoit be dealt, it looks like the tandem of Alex Torres and Dale Thayer will be called upon with a heavy lean towards Thayer who has done the job before.

That loud groaning noise you hear is the collective whines, cries and complaints of every Soria owner with this move to Detroit. While Soria has vastly out-performed Joe Nathan all year, the inexplicable attachment Tigers manager Brad Ausmus has to his current debacle of a closer has pushed Soria into a set-up role with this trade. Some people will cite Nathan’s late first-half improvement as a potential turnaround, but even then, at his best for 2014, he and Soria have been, at least, equals. That’s not to say that at some point Nathan craps it up so badly that Ausmus finally turns it over to Soria, but we’ve seen how ridiculously long the leash has been.

Back in Texas, it’s the return of Neftali Feliz. Coming back from Tommy John surgery has not been easy for him, but he finally proved to the Rangers that he was ready to return. He’s hit a few bumps in the road since being called up and the strikeout rate has all but vanished from what it used to be, but the Rangers are really looking more towards the future than anything else. Expectations for Feliz probably aren’t too high as he works his way back into form, so while the Rangers don’t want to just give games away, they’ll have a pretty long leash for Feliz so that he can re-establish himself. Shawn Tolleson and Neal Cotts may get an opportunity if Feliz throws on three consecutive days or has too high a pitch count, but that’s probably it.

Where Will Jonathan Papelbon Land?

While the Phillies trading Papelbon seemed like a foregone conclusion just a month ago, the trade market for his services has seemingly detoured south. The Tigers and the Angels were probably the two most likely destinations as both were dealing with bullpen struggles and both would be able to handle taking on his ridiculously large contract. Even though the Phillies said they would be willing to pick up a portion of the $18-plus million he is still owed on his current deal, there are few teams willing to make that kind of monetary investment, especially given some of his struggles.

Of all the contending teams who could be looking for bullpen help, the Giants seem like the best fit for Papelbon. The Orioles and Blue Jays might be interested, but both might balk at the cost and neither is displeased with their current closer. The Giants, however, are currently rolling with Santiago Casilla and while he’s doing a decent job, he’s always been more of a set-up man than he is a ninth-inning specialist. In many ways, he’s just like the guy he replaced, Sergio Romo, who also was a better choice for set-up than he was in the ninth, despite having success in the role. San Francisco has more prospects in the system as well as a few major league-ready guys in the infield the Phillies might consider.

Jim Johnson Back to Baltimore?

Rumor has it that the Orioles may be inclined to bringing back their former closer to use as a set-up man and act as insurance in case Zach Britton falters. Obviously he’s been nothing short of terrible this season and Oakland was more than willing to take a bath and eat that $10 million he cost them this season, but he might fare a little better back in an environment in which he thrived and was happy. This is probably more of a long shot idea than anything else for the Orioles, but you just never know.

More Change on the South Side?

The White Sox closer situation has been a veritable disaster all year long. Stupid Nate Jones and his stupid glute muscle which hurt his stupid back. Dammit. That would have been a nice sneaky late-round steal had it actually happened. But that’s me living in the past. Let’s talk moving forward and while the latest word says that former closer Zach Putnam will return August 8, when he is eligible, he might not slot right back into the closer’s role. Jacob Petricka received consideration for the job, but Putnam got first crack and didn’t falter for the short time he started to accrue save opportunities. Now that he’s out, Petricka is holding down the fort. He’s made four-straight scoreless appearances and has a save in each of his last two. Should he continue to perform well over the next week and a half, Putnam is likely to just head back to his original set-up role.

With so many fantasy teams falling out of contention, owners get pretty lazy when it comes to the waiver wire. While many just forget about their own team maintenance, others who are competing tend to get complacent with their squads and, if happy with their closer situation, stop looking so intently for saves on the wire. Players like Tampa Bay’s Jake McGee, Chicago’s Hector Rondon, Houston’s Chad Qualls and Cleveland’s Cody Allen are available in a number of leagues for the above reasons, so you may as well start fishing in that pond if you can.

Now here's the latest look at the Closer Grid:

*Coming back up from minors within the week to resume role