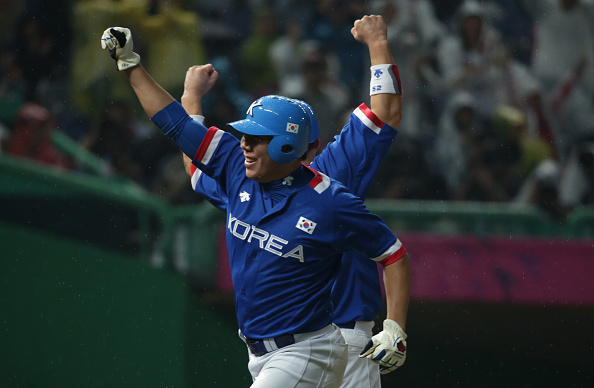 As we continue to focus on players that can be drafted in the later rounds in preparation for upcoming drafts, we will turn out attention to a player that has already had himself a successful career, without ever playing a game in the big leagues. Keep in mind, sometimes you really don't know what to expect in regards to round 20 and beyond and today's player is certainly in that category.

Just like in the kitchen, preparation is key to successfully mastering your fantasy draft, with one of the main ingredients being finding value in the later rounds. In most cases we call these players "sleepers," but not all of these players are fresh faces that we have never seen before. In fact, the majority of the players we find in the later rounds we fine aging veterans on the decline, players returning from injury or players who have been up and down between the minor and majors still trying to find a permanent home. Whatever the case may be, these are the players that could be the difference in bringing home the trophy come September.

Since the term "deep sleeper" can mean a lot of different things, all players discussed in this series will hold an average draft position (ADP) of 250 or higher based off the most recent mock draft results of Fantasy Alarm's own Howard Bender and the Mock Draft Army. If you haven't checked out the Mock Draft Arm series,, be sure to give it a look as Howard continues to assemble some really good ADP information based on a series of mock drafts featuring experts from throughout the industry and fans alike. Now that we laid out the ground rules let's get cookin'...

In a surprise move by the Pirates in January, the team reached out and signed Korean start Jung-ho Kang to a four-year $11 million contract that includes a $5.5 million club option for the 2019 season. For the Pirates, the signing of Kang gives them a power hitting infielder to add to an already solid base, including former MVP Andrew McCutchen and rising star Gregory Polanco. But will his big bat be able to translate to the big leagues in year one?

Kang has never been shy at the plate as his game continued to grow each of the last four seasons, with 2014 being the best season of his career. The Korean star slashed .356/.459/.739 with 40 home runs, 117 RBI and 103 runs scored through 501 plate appearances for the Nexen Heroes of the Korean Baseball Organization. Although the majority of the ballparks in Korea are smaller than those in the major leagues, Kang's power is something that can't go unnoticed when preparing for this year's drafts, despite the fact he doesn't currently have a spot in the team's everyday lineup.

Like most big swingers, Kang did strike out his fair share in his Korean baseball career, striking out once every 5.1 at-bats in nine seasons. Not to beat a dead horse, but the pitching style in Korea compared to the major leagues is also a lot different, so if he does not make the proper adjustments this spring, he could be looking at a long first season with the Pirates. On the plus side, Kang has shown some patience at the plate as he has gotten more experience under his belt, taking 68 or more free passes in each of his last three seasons, which is nothing special, but at least a good starting point as he reaches the prime of his career.

GET YOUR COPY OF THE 2015 FANTASY ALARM BASEBALL DRAFT GUIDE --- FOR FREE!

Outside of his statistics from Korea there is a lot Kang will have to prove to both the Pirates and his prospective fantasy owners before both parties are completely sold on the middle infielder. On the bright side, the Pilates have already announced he will not be starting his career in the minor leagues, rather be used as a utility infielder at the very least in an effort to help him adjust to the big leagues as fast as possible. Let's not forget, the Pirates have spend a good amount of money on this guy (in their terms anyway) so it is hard to believe he will just be riding the pine.

For now, Kang should be added in deep mixed and NL-only leagues until we see just how he is used this spring, but the potential for a breakout season is there if he can make the proper adjustments to the big leagues. However, a 40 home run season is certainly not in the deck of cards so don't set your expectations too high. If he is able to post a batting average around .285 with 15 home runs that will be a solid year for the 27-year-old.