The Chef's table: Time To Invest In Ruggiano? 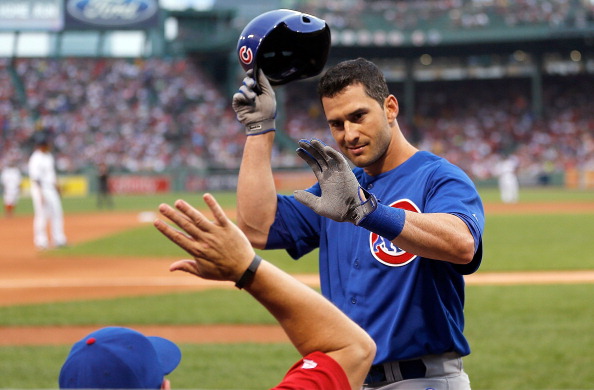 After flashing 20/20 upside in his days with the Marlins, Justin Ruggiano has finally started to show why he was considered a sleeper candidate heading into his first season in the Windy City. Typically when a player reaches the age of 32 there is very little to be excited about in terms of upside, but that is not the case for one of the hottest hitters in all of baseball of late.

Although his 2014 season started off on the wrong foot following a hamstring injury in April, which cost him over a month of action, Ruggiano has returned in a big way. Since May 27, the Cubs outfielder is hitting .320 with three home runs and 11 RBI as he started to earn more and more playing time as he proved his health. However, it is what he has done since the turn of the calendar that has made him a topic of discussion throughout fantasy circles.

Since July 1, Ruggiano is hitting a ridiculous .481 with two home runs, seven RBI and four runs scored over his last six games. His recent surge has resulted in a six-game hitting streak on top of the power production, having logged five straight multi-hit performances in that stretch. This type of production has resulted in a spot in the starting lineup on a regular basis, but it is his lack of stolen bases that may be keeping his ownership down throughout the major providers (ESPN, Yahoo!, CBS).

His season consists of only 148 plate appearances prior to Tuesday’s doubleheader and to date he has only attempted three steals in the early going having yet to register his first swipe. Although he never reached 20 steals in any of his first two full seasons in the big leagues (29 SB), it was expected with regular playing time, this would be the year. Except that has yet to happen, which is a strong indicator that the Cubs just aren’t ready to put full faith in his recently recovered hamstring. With that aside, shouldn’t his production warrant a little love outside of NL-only leagues?

The Answer to that question may not be that cut and dry, but for now it is certainly “Yes.”

Let’s face it, the power production throughout fantasy baseball is not what it used to be. With the league cracking down on PED’s we have seen both home run and RBI totals take a dive each of the last few seasons and there is no end in site. So when a player flashes some power upside, there is good reason to look a little deeper and see if it can turn into long term success.

In case you were unaware, the Cubs are playing for the future, and the trade of their two top pitchers gives only more reason to back that notion. As far as their offense goes, it looks as if they will continue to turn to Ruggiano on a regular basis, at least until they decide it may be time to call up another youngster. However, if a prospect or two were to make their way into the big leagues, Ruggiano would be the last of the team’s outfielders to be replaced at this time.

If you take into consideration his home/road splits it is somewhat of a surprise that he is slashing .237/.318/.390 at home, while owning a .333/.402/.542 away form the friendly confines of Wrigley Field. That will not last for long, considering Wrigley Field is known for helping out many a hitter over the years in the summer months. This is a strong indicator that there is actually room for upside if he can get in a groove while playing in the Windy City.

Despite a recent hot streak, this Cubs outfielder is owned in less than 15 percent of leagues throughout the major providers which is a crime. What else does this guy have to do to gain more trust? A .481 average over his last six games isn’t enough? What about the seven RBI? Those in search of some power will want to give him a strong look at the very least, especially if he has a strong finish heading into the All-Star break.