The Chef's Table: It's Danny's Time 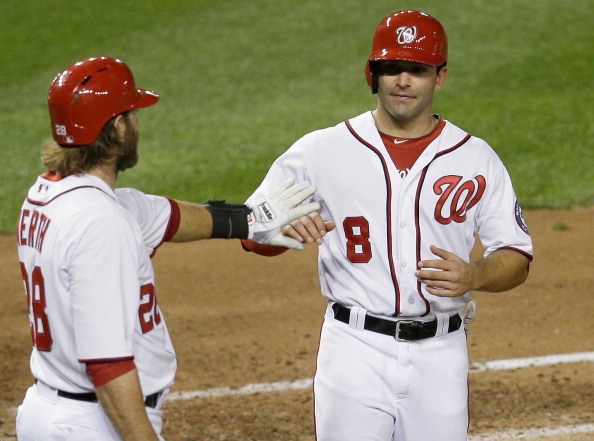 Whether in the restaurant industry or on the diamond, opportunity is everything. And that is exactly what has fallen onto Espinosa’s lap following the injury to Ryan Zimmerman. The Nationals expect Zimmerman to miss 4-6 weeks after he broke his thumb sliding back into second base on Saturday night. Although he does not play third base, the Nationals are expected to slide current second baseman Anthony Rendon to the hot corner leaving an opening in the everyday lineup for Espinosa.

Let’s not forget that Espinosa was once a rising star in the fantasy game, blasting 38 home runs and swiping 37 bags combined between the 2011 and 2012 seasons. However, a major wrist injury limited his 2013 campaign to just 167 at-bats resulting in a .158 average with just three homers and 12 RBI. While never being known for his batting average (.236 in ‘11; .247 in ’12), he possesses a rare power/speed combination that is hard to come by at the middle infield position.

The biggest flaw in his game outside of his mediocre batting average is his inability to avoid racking up high amounts of strikeouts. In his two years as a starter, Espinosa was rung up 166 times and 189 times respectively, meaning he struck out once every 3.28 at-bats (1,167 at-bats in ’11 and ’12 combined), while drawing only 103 walks. That’s a 0.29 BB/K rate, which is absolutely terrible to say the least. Despite the past trends the Nationals coaching staff remains optimistic that he will be able to fill the void in the starting lineup with his new approach at the plate.

This spring Espinosa worked on being calmer at the plate, and has already shown some patience in the early going, although in limited at-bats. Through 26 at-bats, Espinosa is sitting on a .346 average with five extra-base hits and a 5:2 K:BB ratio which is definitely a step in the right direction compared to previous seasons. Now with more plate appearances on the horizon, it is time to see if his hard work this offseason will pay dividends and potentially force the Nationals to find a way to keep him in the starting lineup, even when the team is at full strength.

I’ll be honest with you. For some reason I always find myself attracted to players with Espinosa’s skill set, although I have gotten burnt more times than not. His game is very similar to that of Twins second baseman Brian Dozier, who has a spot on just about all of my fantasy squads. Both players are going to strikeout a lot more than they should, but have 20/20 upside that is worth chasing as long as you can counter a terrible batting average with a solid surrounding cast.

Let’s not forget this guy is a lifetime .232 hitter and has just under a 4-to-1 strikeout-to-walk rate. If you are hittin’ the wire for help in batting average and think his .346 average is going to hold up, you need your head examined. Take him for what he is; a solid source of both power and speed when given regular at-bats. Those in NL-only and deep mixed leagues will want to give him a strong look over the next few days considering the lack of depth at the second base position.

Just keep in mind Zimmerman’s injury is not supposed to last longer than six weeks, so there is a chance Espinosa’s fantasy relevancy could be short-lived. But then again maybe not. A lot can change from now until the beginning of the summer and a talent like this is worthy or a roster spot regardless.