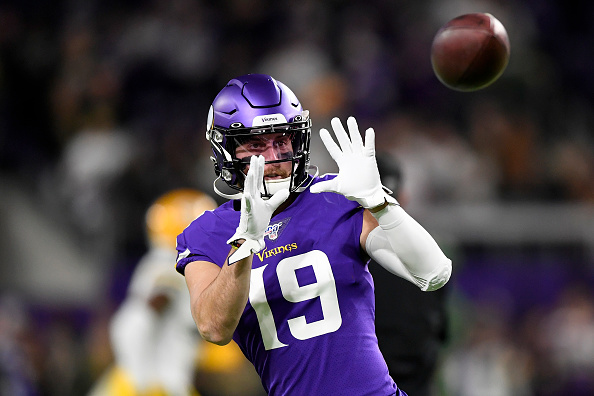 In the book Outliers, Malcolm Gladwell proclaimed that 10,000 hours of practice can make you an expert. Here at Fantasy Alarm we agree with that...well sort of because no one can do 5,000 mocks in an offseason. The Mock Draft Army was created by Howard Bender because he was tired of drafting against 4 robots and people dropping out and going on auto pick a few rounds into the mock. He felt mock drafting was an important part of your preparation for your fantasy football season. Practice. Yes, we are talking about practice. It gets you to Carnegie Hall and it wins you fantasy football championships.

What makes the Army better than other mocks? We have one simple rule that separates us from the rest. If you participate, you must stay for the entire mock with no auto-drafting. It is the reason why it was started and the reason why it is the most useful mock drafting tool available. No auto drafting. No robots picking 5 straight wide receivers because that is what was programmed by ADP.

The other advantage of our mocks is that we have a very active chat room. In each of our mocks there will be at least one and usually more members of Fantasy Alarm’s staff. This gives you the opportunity to ask questions in real time about draft strategy, rankings, injuries, and anything else you have a question about. Where else can you get that personalized service?

Interacting with the Fantasy Alarm staff isn’t the only reason our mockers have performed well in their leagues. Each year trends in the NFL lead to trends in fantasy football and how we draft our teams. One year it’s all running backs going in the first round. Another it’s the “zero RB” strategy. By doing multiple mocks you can try as many strategies as you’d like. Take 3 running backs to start in one and then try opening with 3 wide receivers to see how shallow the running back position is.

Don’t take a QB early. How many times have you read that on twitter or heard an analyst say it on Sirius? With Lamar Jackson in 2019 and Pat Mahomes in 2018 leading many teams to championships, the temptation is there to take them in the first, second or third round. Is it worth it?  Do multiple mocks and try it out. See how your team comes out when you miss out on an RB or WR in that round. Remember they weren’t chosen in the first three rounds when they led teams to the promised land. Find out when that QB sweet spot will be this year before your actual draft.

Another great thing to do with mocks is to avoid taking players you want. How does this help? It allows you to see where that player will fall to before they are taken. Let’s say you are thinking about taking George Kittle with pick 3.02 which is his current ADP in the NFFC as of this writing. Pass on him and see when he is taken. It gives you an idea, especially in the mid to late rounds, when you have to pick someone before their ADP or when you may be able to wait a little and get value on someone.

You may be saying to yourself that these things seem fairly obvious. Can you believe that there are those who think mock drafting is a waste of time? Yes, you can draft off someone’s rankings or a website’s ADP, but nothing prepares you for the dynamics of an actual draft. When someone in your league decides to take your QB target in the 6th round, when you thought you could get him in the 8th, you will be prepared as this will probably happen in a few mocks as people try different strategies.

Last year was my first running the Mock Draft Army and obviously I did more mocks than I had ever done before. I made the playoffs in 7 of my 8 leagues, won my first ever FFPC Main Event entry, and came out with a huge profit for the season. Having mocked from every draft slot, it made it easier to draft regardless of which draft position I had. Many of our subscribers had success too and we believe you will too if you join us.

We plan on holding both Superflex and PPR format drafts. Our drafts are held on RTSports.com and if you follow me on Twitter, @gasdoc_spit, the link to the schedule for the week will be posted several times over the weekend prior. Sign up for as many as you’d like, but as I said before, all we ask is you show up on time and stay for the entire mock. If it’s full, sign up anyway as a standby list is created as sometimes people have to drop out and we will send out last minute invites to those on the standby list. Want a specific draft slot? Just let me know at least 30 mins before the draft and I will get it for you if no one else claimed it. Our job is to get you ready for YOUR draft!

I hope that pandemic does not interfere with the start of the season and that you and your family are safe and well. Looking forward to interacting with you in the chat room!