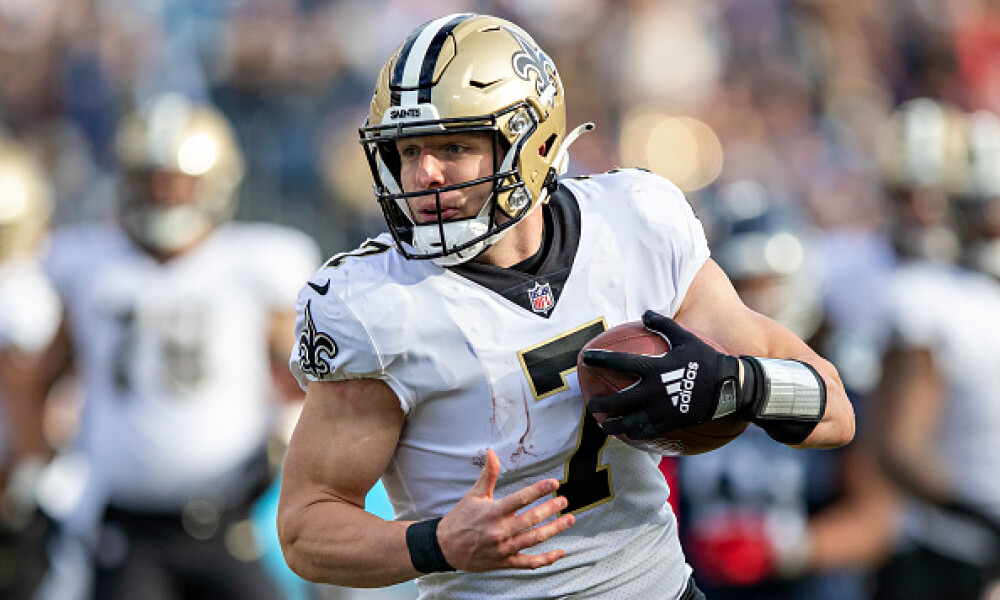 *All times below are Eastern Standard Time*

Steelers - Apparently there are some issues with Chase Claypool’s attitude and it goes beyond just celebrating while precious time came off the clock.  Stuff like that doesn’t always translate onto the field but it does when Claypool only played 44 of 74 snaps.  Something to monitor.

Cowboys - That’s how quickly things change in this league.  One minute the question is whether Zeke is healthy enough to play.  The next Tony Pollard has a torn plantar fascia and Zeke is the more healthy one. The Cowboys signed Ito Smith to the practice squad just in case.

Football Team -  No team in the league has a better remaining schedule for tight ends than Washington.  The Eagles are the worst team in the league vs. TE and the Cowboys are bottom 10.  The schedule goes Cowboys, Eagles, Cowboys, Eagles.  With Logan Thomas out for the year, Ricky Seals-Jones could be a HUGE pickup if he gets that full job like he did earlier this year.

Jaguars - If your quarterback needs to come out and say to the media that you shouldn’t bench James Robinson for Carlos Hyde, there are problems at home with this organization.  I expect that, given the criticism, Robinson will get a big share of the workload this week.

Titans - After a week of rest, Julio Jones is seemingly ready to play.  We know what he’s capable of.  We also know how injury prone he is.  There is no player with a lower floor or higher ceiling.

Seahawks - Running backs are so scarce right now that we have to watch this situation closely to see if anyone can emerge.  Unfortunately, all of Rashaad Penny, Travis Homer, Adrian Peterson, DeeJay Dallas, and Alex Collins could be in play.  What a mess.

Texans - At this point in the season, all we care about is who can potentially be relevant at all with this team. Brandin Cooks we know.  The next best options are rookies Nico Collins and Brevin Jordan or possibly Rex Burkhead who is getting the most RB work (though David Johnson returned to practice).  This week is the last straw.

Raiders -  It doesn’t look like Darren Waller is going to play so it’s Foster Moreau again - this time in a good matchup.  Can we trust him coming off the dud last week?

Chiefs - Since Clyde Edwards-Helaire came back from injury, he has split snaps with Darrell Williams.  CEH on run downs, Williams on pass downs.  Is he going to claw away a bigger chunk of that backfield or is this just what we are working with now?

Saints - This team is reeling and playoff hopes are bleak but their savior Alvin Kamara returns.  What we really want to see though is whether Taysom Hill can actually hang in and throw the ball or will he continue to be a gimmick.

Jets - Corey Davis is out with a core injury so the Jets need a new split end.  Elijah Moore and Jamison Crowder aren’t built like that so it will probably be Denzel Mims.  Though they did run a number of two tight end sets with rookie Kenny Yeboah.  Will be interesting.

Falcons - The theme has been that this is the last week for players to prove that we can trust them in fantasy playoffs. And there is probably no name higher on that list of Prove It guys than Kyle Pitts.  The targets are there but he’s not catching them.  Need to see something this week.

Panthers - CMC is done for the year and that leaves us with a little confusion as to what the RB situation will be.  Earlier in the year Chuba Hubbard was the guy but in the last game Ameer Abdullah played more snaps - primarily on pass downs.  Is it going to be a split or will one guy get the bulk of the work?

Ravens - The Ravens have used an insufferable number of personnel groups with a bunch of tight ends, full backs etc. which takes WRs off the field.  Hollywood Brown gets a consistent snap share but is anyone going to be trustworthy? Devon Duvernay played more than both Rashod Bateman and Sammy Watkins last time. Most folks want to see more Bateman.

Browns - The Browns typically use a bunch of heavy TE sets but this week David Njoku and Harrison Bryant are out. People might be disappointed when they do what the Patriots and Vikings did and just use an extra tackle instead on many snaps.

Giants - It’s always exciting to see a new QB make his debut.  The knocks on Jake Fromm have been his arm strength and mobility which skews towards guys who play close to the line like Evan Engram and Sterling Shepard.

Chargers - The Chargers have their own issues right now possibly missing Keenan Allen and Mike Williams.  Dynasty league gamers will finally get a decent look at Josh Palmer.  Interested to see if he can make something happen.

Lions - The most interesting guy for me right now is Amon-Ra St. Brown.  Before he was just playing slot but these past few weeks he’s played slot in three wide sets and flanker in two wide.  If he keeps that up, he could actually be a sneaky asset down the stretch.

Broncos - Javonte Williams had a breakout game last week but this week Melvin Gordon returns.  Can you put the rookie back in the bottle?

49ers - This running back situation has been wild.  Elijah Mitchell has been a stud but apparently he’s out again.  They basically only have JaMycal Hasty healthy so they signed Brian Hill.  Trent Williams may be the best player in the league right now so, whoever the RB is, would be in line for a decent day.

Bengals - Tee Higgins is banged up here putting his usefulness down the stretch in question.  The last time he was out, it was CJ Uzomah who stepped up.

Bills - The Bills go from one of the most run heavy teams to one of the most pass happy. The question for me lies in the Bills run game. It’s a good offense so the role would normally be a good one but between Devin Singletary, Zack Moss, and Matt Breida, we just don’t know who the guy is.  Some clarity would be nice.

Buccaneers - In a surprise move, the Bucs pivoted from Tyler Johnson and Breshad Perriman last week to fill in for the Antonio Brown role.  Can Perriman be a deep league asset or even a DFS stab?

Bears - The pass catchers actually looked okay with Andy Dalton, especially Cole Kmet.  But Justin Fields is back to take the reins.  All eyes on Fields here.

Packers - All we’ve ever wanted from this team was a consistent target opposite of Davante Adams.  Well, Marquez Valdes-Scantling has now had back to back games of 9 and 10 targets.  Can he be the player we’ve always dreamed of?

Rams - With Darrell Henderson out, Sony Michel stepped in and had a monster game.  Does it go back to being Henderson’s backfield or has Sony proven that he deserves some more touches?

Cardinals - Here’s another crunch time, do or die situation.  We are starting DeAndre Hopkins.  We are starting Zach Ertz where we need him (if he is healthy).  Is another red birds WR going to step up and help us in fantasy playoffs or no?