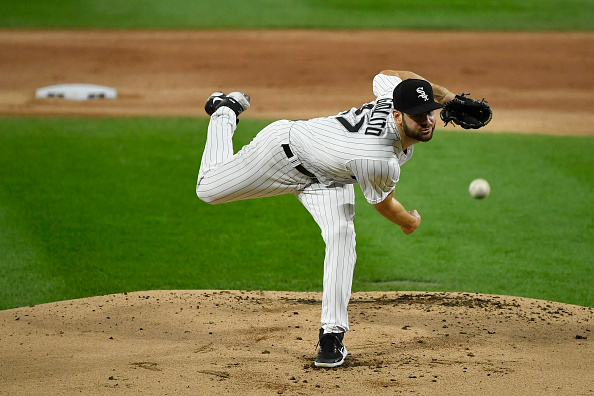 In this shortened 2020 season, we have arrived at the final week of the regular season. There are a boatload of two-start options on the schedule. The concern is that not all these arms will make both trips to the mound as teams that are heading into the playoffs adjust their rotations. Thus, not all those listed below will turn out to be dual starters, nor is there any guarantee that the rotations will not shift and the dates and opponents may vary. It is always dicey to rely on projected rotations at the conclusion of the season, but this year with the expanded playoffs, things are even more subject to variance. Keep your eye on the daily posted lineups if you are relying on two starts from your SPs in Week 10.

These ten arms are the best bets for fantasy goodness in the final week of the season. As is the case nearly every week, the top tier is populated by those SPs that are as close to sure things as you can find in baseball. Wind them up and let them go, and cross your fingers that their rotation spot does not shift due to playoff positioning.

The third-year southpaw is coming off an impressive 11 K effort against the Rangers, and has been striking out better than a batter per inning all season. He is also showing good control (2.3 BB/9 through 63.2 IP) and sports attractive ratios: 3.82 ERA and 1.16 WHIP over ten appearances (nine starts). Despite pitching away from Houston for both his Week 10 trips to the bump, he has a pair of good matchups to recommend him.

Valdez’s teammate McCullers came off the injured list to toss seven innings of shutout ball. He also collected a season-high eight Ks in a no-decision He has a pair of good matchups in store in Week 10, although beware in that both contests are on the road and he is not known as a road warrior.

The Yankee veteran lasted through seven innings, his longest stint on the mound this season, in picking up his third victory for 2020. He offers nice ratio stats with a 3.27 ERA and 1.02 WHIP through his nine starts to date. The better matchup occurs at the end of the scoring period, when the Marlins come a calling in New York.

The Seattle lefty is looking to build on his growing four game win streak to close out the season, and has a pair of home games to work on that. He has great ratios through his 56.2 IP, showing off a 3.49 ERA and a stellar 0.90 WHIP. He also has put up a 53:6 K/BB ratio during his nine starts.

Despite being bounced early in his last start in the second inning, Lugo has been an effective SP for the Mets. Until getting knocked around by the Phillies, he had boasted a sub-3.00 ERA for the past month and a half. His second start in Week 10 is the best game on his schedule when he takes on the last place Nationals in D.C. despite his struggles on the road this season. He should rack up some nice K numbers in his first start when the Rays visit Citi Field.

The Dodger second-year righthander pitched the equivalent of a start despite coming on in relief in his last appearance, and now is slated to toe the rubber at Dodger Stadium for a pair in Week 10. He brings a superior 2.68 ERA and 1.09 WHIP into games against two AL-West opponents, with the A’s being the more daunting of the two visiting teams in his first start.

Wainwright has turned back the clock on his career, bringing an attractive set of ratio stats into the week: 2.87 ERA and 0.98 WHIP through his 53.0 IP. He has a pair of good matchups on tap, and offers good control and moderate strikeout potential for his fantasy owners.

The rookie has struggled with his control while racking up Ks at a superior pace (4.3 BB/9, 12.1 K/9 through a limited 18.2 IP). He is pitching away from Camden Yards for both his final starts of the season, and that is a positive point on the ledger.

Lopez doubled the number of dingers he has allowed in his last trip to the mound, but both his opponents this coming week are in the bottom half of homer producers this season. His supporting offense is potent, which is good for his potential as a dual start arm this scoring period.

The Colorado southpaw gets to take his act on the road for his final two starts, which is a positive development for his potential in a two-start week. He has not been hurt too badly by pitching at Coors Field, though, with a 3.75 ERA on the season. He is a mediocre K talent (6.2 K/9 rate) but does have good control and the ability to generate grounders, as well as keep the ball in the yard for the most part.

Singer has not been scored upon over his most recent 14 innings, and is coming off a pair of eight K efforts. He drops this low in the tier due to his struggles at home over the season, as that is where he will be taking the ball for his final two outings this season.

The Cub lefthander winds up the middle tier, and despite having to pitch both his games in Week 10 on the road, he has been much more effective away from Wrigley Field this season. He is a below average K producer, with just a 6.7 K/9 ratio over his 51.1 IP in 2020. His first start this coming week is the best matchup against the Pirates, and you may consider sitting him when he faces the cross-town White Sox on Saturday.

This group of hurlers are those to avoid even if they offer a couple of trips to the bump to ply their trade. If you are seeking a championship, this is not the time to risk your pitching stats, whether you play in a roto or head to head league setup. There is absolutely no reason to take a chance on a blow-up performance or two, and thus you should simply avoid plugging any of these pitchers into your rotations. The closest to a useful arm is the top guy in the third tier, Lorenzen, and neither of his matchups are so great that you should go out of your way to pick him up from the waiver wire.

This start is up in the air, as the Padres are considering switching him to a bullpen role until the season wraps. Should he start, he is the best streaming option for the day. He is an average strikeout source with an 8.0 K/9 this season. Given his injury history of late, it might be the better part of discretion for San Diego to opt to relegate the veteran righty to the ‘pen, but playoff seeding could affect rotation decisions, too. In other words, keep an eye on his role going forward.

Not so long ago, opting for an Oriole pitcher to face off against the Red Sox in Fenway would be laughable. Welcome to 2020, where the Orioles are fantasy relevant and this rookie righty is a viable option for streaming purposes. He has proven to be a great K source with an 11.3 K/9 rate though his limited innings over three appearances, although his control is questionable at best (5.1 BB/9, ouch!). His opponent would be another streaming option, but is owned in too many leagues to qualify under the parameters this article employs. If the BoSox starter is available in your league, go with both arms if you need to staff your rotation.

Barria has been developing into a more dependable SP this season, after struggling in 2019, posting a useful 3.38 ERA and 1.13 WHIP over the course of his 24.0 IP in 2020. He has been effective on the road at Coors Field, and thus a road start in San Diego is not an issue necessarily.

Bubic has been working to deflate his ratio stats, which ballooned after a tough start against the Twins where he allowed four earned runs over just 3.1 IP back at the end of August. His ratios now sit at 4.50 ERA and 1.45 WHIP, not great certainly but better. He takes on the struggling Tigers, a free-swinging, low scoring team in this start.

The second Oriole arm being suggested for streaming purposes, Lopez is coming off a seven-inning quality start (QS) where he held the Braves to just a single earned run. This recommendation comes with the warning that Lopez been inconsistent at best this season, and has yet to string together two consecutive gems.

And now Baltimore Oriole SP number three this week. Means is coming off a pair of QS and gets to face a less than dominant Toronto arm as Anderson was relegated to bottom tier status above in the two-start portion of this article. Means has been much more efficient and effective away from Camden Yards in 2020, so despite below-average K potential, he is the better arm to roster in this matchup.