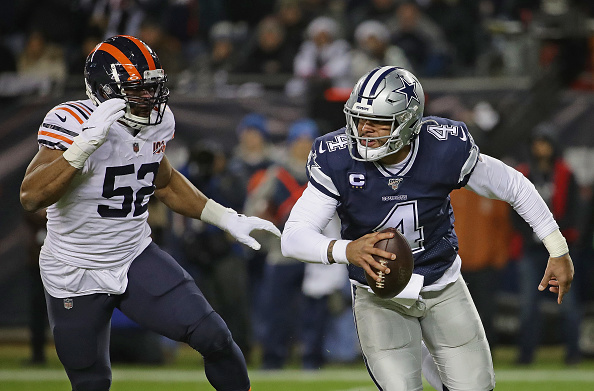 As the NFL moves forward with its “virtual” offseason preparations for the 2020 season, we can take the opportunity during this relative respite from actual NFL action to consider whether there are situations with regard to Individual Defensive Players that can be capitalized upon during your pre-season fantasy drafts. Many Best Ball drafts are currently underway, adding to those that have already been completed, and while IDP leagues are more difficult to locate, they do exist and thus, it is important to be familiar with just how defensive players are being regarded by fantasy owners.

There is inevitably a tendency among IDP drafters to work with name recognition and recency bias in assembling their rosters when drafting those players on the defensive side of the line of scrimmage. While players that have proven their mettle on the field deserve recognition in drafts, there are those who are being overvalued in the current season to come, as well as the opposite situation with rising players not being accorded their proper status as future IDP stars. In an effort to rectify that potential disparity in assessment of IDP promise of production on the gridiron, we will take the next few weeks to scrutinize some defensive players that might be worth passing on in your drafts, as well as those you can make targets on your cheat sheets to outflank your fellow owners, and potentially swing the scales in your favor when the final results are tallied this coming season.

This week we turn to a handful of linebackers since this writer tends to consider LBs as the gold standard generally in IDP rankings. These profiles are based upon my projections, compared against the various rankings that can be found before most redraft leagues get into the draft mode. ADP data is scarce for IDP generally, but before most leagues have held their drafts, it is necessarily scarce and unreliable at this point in time. 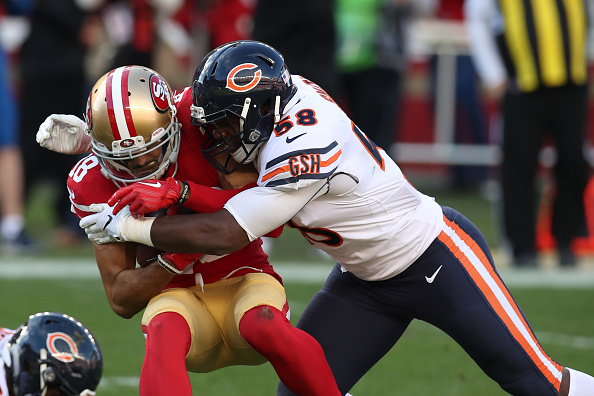 Smith is frequently ranked as being a top-10, and in some cases, a top-5 linebacker heading into this season. It is not suggested that he is going to end up being a bench-filling backup linebacker in IDP leagues, neither does he stand out as one of the best of the best at his position. He suffered a torn pectoral muscle in Game 14 of the 2019 season and is coming off December surgery for that injury. The reports are that he will be ready for the start of training camp, but that still remains to be seen. Also, the Chicago defense is due to have a negative regression from its excellent overall performance last year, if past penchants among NFL defensive squads come home to roost. That will cut into his production, too. Realize, it is not that he is being designated as a defensive scrub, just not necessarily an automatic LB1. If he is available as a high LB2, however, jump on the opportunity.

Jones is a LB2 who teases with LB1 potential, but do not bite on the tempting possibility that he overachieves. The Falcon defensive crew projects to be a bottom third squad heading into 2020, and Jones is saddled with a generally inexperienced crew supporting him. He is not much for rushing the passer, but there is the big-play potential with his good hands and propensity to pick off errant passes. He had a resurgent season after gracing the sidelines for a large portion of 2018, which will inspire owners to grab him early in drafts. As with Smith profiled above him, he makes a great second linebacker for an IDP roster, or even a late LB1 in leagues that value turnover production. Objectively, though, in hybrid or tackle oriented IDP formats, there are plenty of other linebackers that offer more potential for stat accumulation.

Mack is a symbol of name recognition. When Jon Gruden decided to move the up and coming edge rusher to the Bears, he burst on the scene as a pass rushing and good but not great tackling defensive lineman. Last season, his defensive designation switched to LB, which stepped down his IDP value just based on the positional competition, as his skill set was enhanced as a linesman in most scoring formats. It is tempting to fixate on the sack numbers, which are elite to be sure, but the tackle production falls short if he is limited to LB status in leagues. Some league formats have established an edge-rusher (EDR) designation for DLs and LBs, and in those set ups, Mack takes on enhanced status due to his sack collection skillset. In the event he sticks as solely as a LB, however, his significance as a fantasy asset is diminished. 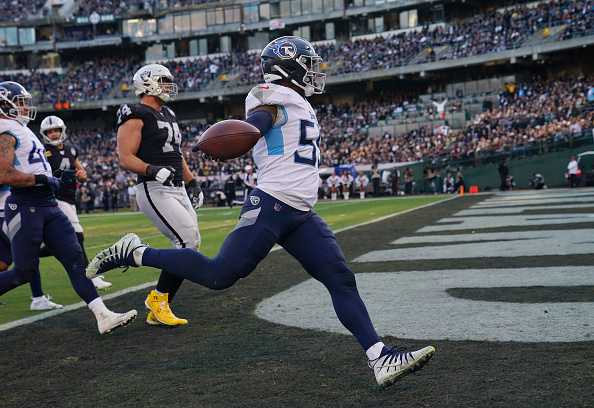 The Titans have a top coverage LB in the form of their 25-year old inside backer, but one who also racks up the tackles effectively. That makes him a valuable commodity in any form of IDP league, be it tackle-oriented, big-play reward or hybrid format. The tackle projections below could be a tad optimistic, although he did put up a 100+ TT season in 2019 (105 TT), and should be looking to build on that in the final year of his rookie contract. Brown is a top-10 LB going into 2020, with his overall versatility in producing fantasy points pushing him up toward the stratosphere of LBs to select in IDP leagues. Truth be told, he is one of the sneaky picks you can potentially get as your LB2 that will yield superb results when all is said and done at season’s conclusion.

The Ravens snagged the LSU Tiger in the first round, and he slots in as a three-down starter at the inside of their linebacking crew to open the campaign. He has the speed and instincts to become a great coverage linebacker, is a top-notch tackler and can be called on to blitz the quarterback in the appropriate situation. The only knock on him is a lack of dominating size, measuring in at 6’0” and 229 lbs. but his overall skillset is such to overcome that limitation. Of course, he is a rookie, and there is the dual concern that he did not put up a stellar stat line for the Tigers during his college career. Also that he may hit the wall towards the end of his rookie season, especially with the lack of mini-camps and pre-training camp workouts with staff and players. Of the rookie defensive players coming into 2020, though, his pedigree is the one worth noting for redraft and especially dynasty scenarios.

Next week, the focus of this series of articles will be defensive linesmen (DE and DT, both), and then after that, on to coverage of defensive backs, corners, and safeties. Stay tuned as the NFL figures out how to proceed during these unprecedented times.