Ivar Anderson takes a look at the top rookie cornerbacks that were drafted in the 2020 NFL Draft. 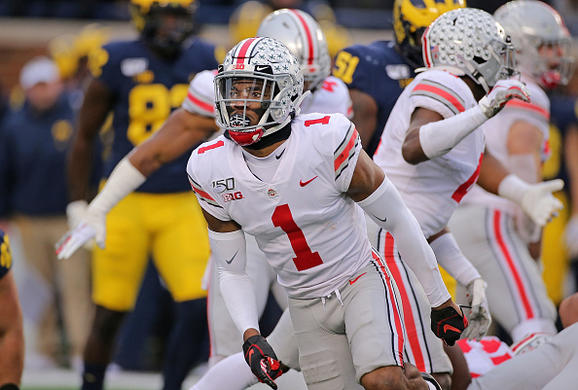 This is the final article profiling the top rookie IDPs going into the 2020 season. These six young defensive backs profiled below have varying degrees of prospective influence on fantasy team production when the season takes hold. While last week’s subject, safeties, are generally the preferred position among defensive back players, due to their tackling opportunities, the big play potential of corners should not be something a fantasy owner sneezes at, in the appropriated league format. In addition, if a rookie cornerback garners a starting position with his new NFL club, or at a minimum sees significant playing time in his first season of action in the pros, he can certainly provide big fantasy production as offensive coordinators and QBs test his ability to defend. Especially where he is lined up opposite a “shut-down corner” will he have ample opportunity to put up significant pass deflection/defense (PD) stats, as well as tackles and the occasional interception (INT).

The Lions jumped into the draft heavily on the defensive side, taking the Buckeye with the third overall pick in April’s selection party. He is worthy of Detroit’s evaluation, as he is a physical corner who possesses the acceleration and size to cover any receiver, and owns the burst-capability to recover quickly from any missteps on the field. His physicality makes him a candidate to put up good tackle numbers for a corner, to go along with a propensity for breaking up passes and picking off the ball when the occasion arises. The Lions snagged what looks like a perennial Pro Bowl player, who should slot in as an immediate starter on defense in 2020. He should provide his owner with 50 or more tackles in his first season, with double digit PD numbers.

Considered the second-best cornerback entering the draft, Jacksonville took the former Gator defensive back with the ninth pick. The Jags needed a replacement for the departed Jalen Ramsey . He exhibits great coverage skills, but there is some question about his commitment to pursing aggressive tackling. He was a shadow corner during his tenue at Florida, and showed off a 4.39 40-yard dash speed, ranking second among cornerbacks in this year’s draft. Add to that speed, soft hands. size, and good to great route recognition, and he is a candidate to become a top cover corner in the NFL. Look for him in leagues that emphasize INTs and PDs, not so much in tackle-oriented formats.

Gladney, in four years with TCU, amassed an impressive set of stats: 146 total tackles (TT), six tackles for loss of yards (TFL), 1.5 sacks, 43 PDs and five INTs. He has the skills to match up against receivers with the ability to go man-to-man. His size is the only real issue, as at 5’10”, taller receivers can out-battle him for passes. Unlike the Jaguar rookie pick, he is an aggressive tackler. He should provide any fantasy owner that selects him with 50+ TT and double-digit PDs. The Vikings snapped up a potential first year starter at corner at the end of the first round (31st overall pick).

Johnson comes into the NFL recovering from a torn labrum, which allowed the Bears to grab him with the 50th pick overall, their second pick in the second round of the draft. He was a top defensive player on a tough Utah defense, and demonstrated his toughness by playing his junior year with the labrum injury. He has good size at 6’0”, with decent speed for cover purposes. As a defensive back, he has the skillset to play both man and zone coverages, and thus has full-time potential. He profiles as a 50+ TT IDP in his rookie season, so would be a good late round pick in a tackle-oriented IDP league.

That Arnette was drafted by the Raiders was not a shock, given the hints about his character that arose during his time at Ohio State, but the first-round selection by the new team in the desert raised eyebrows with most draft observers. He has a first round skill set, making him eligible to play man as well as zone, or swap in at nickel. Thus, he has superb versatility that will make him likely to start in his rookie season, playing opposite second year corner Trayvon Mullen. Assuming a starting role for Las Vegas (that will take some time to get accustomed to, for certain), he could offer 50+ TT and double-digit PDs in 2020. Or he could be a marginal option, although character issues should not impact his role on the Raiders, as he ended up in a prime location to begin his NFL career.

The former Clemson player has the size and speed to be a good corner for the Falcons, but the knock on him is as tendency to be deficient in coverage ability. As Exhibit A, his performance against LSU in 2019’s College Football Championship: Five receptions allowed for 143 yards and two TDs. As with Arnette and Johnson, he projects to be a good corner in both zone and man schemes-good but not great. The lack of physicality could be an issue in his development as a top CB in the pros. As a potential starter for Atlanta, following the departure of Desmond Trufant to the Lions, he has potential to be a big-time fantasy producer for the reasons discussed immediately below.

With this article in the books, the coverage of rookie IDPs is wrapped, at least for the time being.  Rookie cornerbacks, if they log significant playing time in their initial seasons, have the opportunity to put up valuable fantasy numbers as opposing offensive coordinators and quarterbacks target them in the passing game. Until a rookie CB proves his mettle, he will have the opportunity to rack up tackles, PDs and INTs on a game by game basis as they are exploited due to inexperience. While the team’s fans might decry a rookie corner’s play on the field, the fantasy production will make them profitable for an IDP-owner’s fantasy efforts. As has been written here the past three weeks, the players discussed in this series examining rookie IDPs should generally be targeted in your dynasty IDP leagues, though, as they will provide value going forward as they develop into NFL veterans (barring injury). Unless they are stepping into a starting role, of course, and most if not all of those discussed above certainly have that promise.