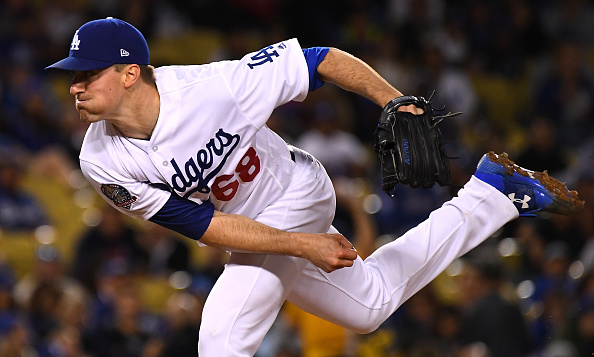 The second full week of baseball is soon to be upon us fantasy players, and having an idea about the starting pitchers that can provide two potential quality appearances on the hill is valuable information, especially but not exclusively for those who need to set a weekly lineup. Making correct choices early on can get your team off to a fast start to open your fantasy efforts. Unfortunately, we have very little data due to the small sample sizes in existence, and the fact that past performance (say, 2018 and 2017) do not guarantee similar current production. Still, these articles will attempt to provide some insight to assist you in selecting your fantasy baseball rotations with that caveat above understood.

These are the best options that will be toeing the rubber for a pair of starts this coming week. The two Dodger arms that round out this group of starting pitcherss are 2/5 of a strong rotation that is due to get stronger when Clayton Kershaw and Rich Hill are healthy. Use Stripling while he is starting, as he likely has a short shelf life as a SP. Then again, Hill has never been a model of consistent health, so stashing Stripling could be a wise move for continued future returns. The balance of these pitchers are likely not available on your waiver wire, so use them for both starts if you are fortunate enough to have one or more on your roster.

Freeland has been a much better pitcher at home than on the road the past two seasons, so his first start would indicate the potential for the best results in Week Three, but taking on the Giants on the road is not exactly looking like a daunting task either in the early going this season. He offers decent ,if not superb, strikeout potential while on the bump, and his ratio stats are useful for fantasy purposes overall.

Zimmermann is back looking like the pitcher the Tigers dealt for back in 2016, so perhaps he is finally fully healthy. Look for him to come back to earth, to be certain, as he will not continue to provide sub-1.00 ERA and WHIP numbers for much longer. That being said, the two division rival matchups do have good potential for him to continue to produce useful pitching stats through this coming week.

Gonzales has a better matchup against the Royals on the road to open the scoring period than when he faces the Astros in his second start at home this week. He is pitching like a SP1 over his first three outings, racking up a trio of victories with nice ratios, although the strikeouts are just average or slightly below what you would like from a team’s SP1/2.

Lucchesi created some discussion among experts going into fantasy draft season, due to concern that once batters figured out his deceptive tendencies on the mound, he would become a mid-rotation SP at best in the fantasy realm. Yet he has started the season strong, tossing 10.1 scoreless frames with an attractive 13:3 K/BB ratio. He has two road games in Week Three, although neither game is in a true hitter’s park, so that should tame concerns about him pitching away from San Diego.

Cahill looked much stronger in his second start on the road to open the season, although it did not show up in the victory column. His start Monday is at home, where he has been nearly untouchable over the past two seasons, which has much better potential for great results than the second start of the scoring period in the Windy City.

Rodon has been pitching like an ace to open the season, posting a stellar 1.59 ERA and 0.62 WHIP through his 11.1 IP so far, contributing also with a superb 15:2 K/BB ratio over those two games. Although he faces the red-hot Tampa Bay Rays to open the week, that game is at home. Heading to the Big Apple to face off against the Yankees does not seem as promising to finish the scoring period, but he has been hot and should not be discounted at this early point in the campaign.

Estrada’s ERA and WHIP (2.76 and 0.80 respectively) are eye-opening, but when his 5.83 FIP and 80% strand rate both indicate that some negative regression looms in his future, then we must tread carefully. He has a pair of road games this week, too, but the opponents are not necessarily terrifying offenses in the form of the Orioles and Rangers. If he can keep up the strong stat line he has posted to open the season, then he could be a nice addition to your rotation for the nonce, but long term, his potential is shaky. 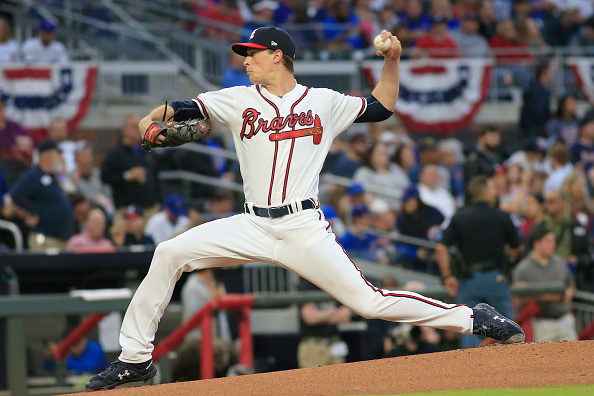 Fried and his rotation-mate profiled below open the week on the road in Coors Field, not exactly the ideal scenario for pitching success. Things do not necessarily get a whole lot better when he heads home to face the Mets, although he has demonstrated better success at SunTrust Park over his limited MLB career than on the road. He should provide good strikeout numbers, provided he lasts deeper into the contests he starts.

Teheran recovered from his disastrous home performance in 2017 last season, so the second game this coming week against the Mets and Zach Wheeler is a decent chance to get good pitching results from the veteran right-hander. The first game of the week in Denver is not gravy, that is certain, although he has been racking up the strikeouts, collecting swing and miss outs at better than a strikeout per inning rate over his first two starts.

Vargas may be skipped for his first scheduled start against the Twins at home, so he may not qualify as a two-start pitcher this week, but that is still up in the air as of this article being composed. If he does go for a pair of outings in Week Three, he is still just a bottom of the tier option. He does not offer much in the form of strikeout value, and his 5.60 FIP and 87.5% strand rate hint strongly at negative adjustments to his ratio stats. He is useful in very deep leagues, but in 12-team or less formats (unless it is a NL-only setup), he should be someone else’s concern.

Anderson has been lacking any control this season, although his results have not been terrible despite the free passes he has been dispensing. Even when he is healthy, he has been extraordinarily inconsistent over the past few seasons. Facing the Orioles and Rangers on the road is not a great recipe for pitching success, given the early results for both those squads, and thus he is buried at the bottom of the middle tier, surpassing only one other potential two-start pitcher in Week Three, aside from those in the bottom tier that are considered unusable.

These are the two-start pitchers who are not suggested for those who have to set a weekly lineup, but could have limited utility in a daily setup where you can pick and choose where to employ their services. Then again, the risk will rarely be justified by the potential reward with these hurlers, so unless you have some tremendous gut feeling about one of their starts, it is suggested that you simply look elsewhere for pitching help in the coming scoring period.