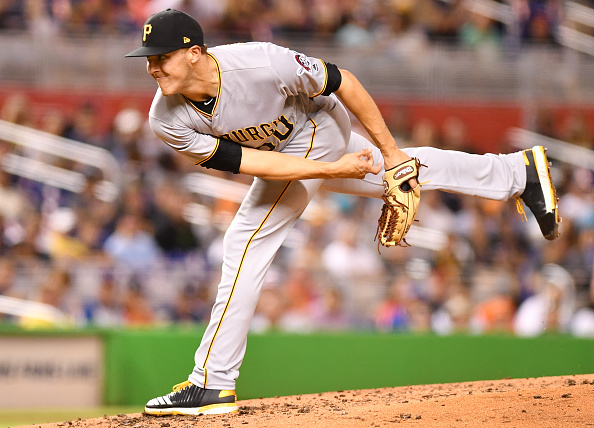 It is only now that we are moving past the first full month of the 2018 season. The reason this is mentioned is that we all have been working on a relatively small sample size in attempting to evaluate starting pitchers going forward. Of course, there are those you want to plug in for their two start weeks, and those are the names featured in the top tier through the first five weeks of these articles. Have all those worked out as planned? Nope, but that is the nature of baseball, and pitching in particular. What these pieces are trying to provide is a guide to assist you in your decision-making process and help avoid disastrous weekly results. Unfortunately, the crystal ball sometimes is cloudy. As the sample size grows, it becomes somewhat easier to predict results, but the risk is always there for a blowup performance, especially when there are two trips to the hill in store.

Big group in the top tier this week. Taillon has been struggling of late, lasting just five and a third innings over his last two starts, but the talent is there and it is too soon to give up on the youngster. He does have a couple of tougher matchups in Week 5, though, and one or two more bad outings will send him to the bench for most of his fantasy owners until he gets things straightened out. If you want to act to avoid potential problems, sitting him this week would not be criminal. Ryu has been better than anticipated though, and is worth starting even with a tougher matchup in Arizona to open the week.

Hernandez is no longer an ace you can simply insert into your rotation and forget about. That being said, he is still a useful piece in fantasy, and has been good overall except for an early debacle against the Giants on April 4th. He has a pair of home appearances in Week 5, which bodes well for his production

Nova, the 31-year old righty, is working on a string of four consecutive quality starts (QS). The Ks come and go, but he has not yielded a free pass over his last four mound visits. He is on the road for both his Week 5 starts but pitching away from PNC Park has not been an impediment for him at all this season.

The problem with Milwaukee starters is that they do not pitch deep into contests, and that is no exception for Chacin. While he may not be a good candidate for a QS, a victory is always in the cards, and taking on Cincy is a good opening to the week. Based upon the report for Nova in the previous paragraph, the second start is not quite as promising, but it is at home. Chacin is a poor source of Ks, so if you were to have to pick between Nova and the Milwaukee SP, Chacin is a secondary option in Week 5. 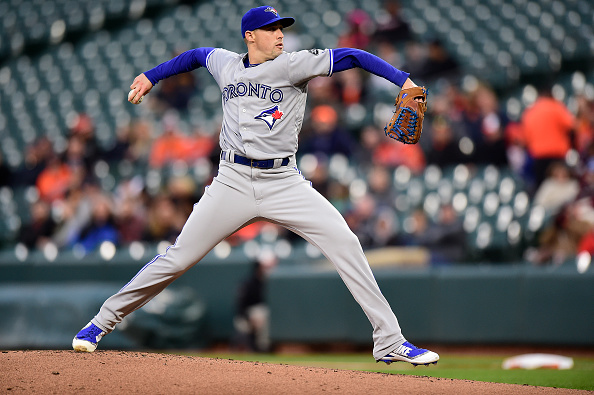 Sanchez is working on a stretch of four QS, and the last against Boston was a gem. He whiffed eight over his six innings pitched, allowing just two earned runs, although he did allow a homer (his second of the year). He has a pair of road starts in Week 5, but he has been very effective outside of Canada early on in 2018. Neither the Twins nor the Rays look overly intimidating given his recent success on the bump.

Montgomery has been struggling with his control this season, a concern after limiting free passes for the most part over the course of his rookie season: 4.10 BB/9 in 2018 (five starts) vs 2.95 BB/9 over 29 starts in 2017. This has limited his ability to pitch deeper into games, and he does have a couple of tougher matchups against the world champs and Verlander on the road, then against the Indians and their ace, Kluber, in his second start at Yankee Stadium. Still, he is backed by the surging New York lineup, so he is a good option in Week 5.

Hamels has given up eight home runs already this season, only avoiding the long ball once this season in Tampa Bay. His matchups this period are not superb, heading to Cleveland to open the week, then taking on the Red Sox at home to wrap up Week 5. He is still a good source of strikeouts, with a 10.13 K/9 rate over his six starts.

Newcomb is another SP that offers strikeout numbers (11.06 K/9 over 27.2 innings), but the 4.23 ERA and 1.48 WHIP are troublesome for a pitcher many expected to breakout in 2018. Of course, it is still early, as noted in the opening to this week’s article, but those ratios are not helping your fantasy efforts so far. He has been better away from his home park this season, so taking on the Mets is not a potential game to avoid, and he does have the struggling Giants at SunTrust Park to wrap up the week.

Junis suffered his first bad start of the season against the White Sox in his last outing, giving up six earned runs over his 5.2 innings. He has had great control in all his trips to the rubber, although he is a less than average strikeout producer. Despite his recent struggle, he still sports a desirable 3.34 ERA to go with a great 0.87 WHIP. The first start of the week against Chris Sale and the BoSox is not exactly a tempting matchup but facing the Tigers in his second appearance makes for an attractive option.

Speaking of the Tigers, Boyd is on the mound to face Junis at the end of Week 5, and he has been extraordinarily effective at Comerica Park in 2018 to date. His first start against Tampa Bay on the road is not an awful matchup, either. Even so, he is a mediocre strikeout option, but a 2.74 ERA and 1.00 WHIP on the season will make him an attractive waiver wire option. Beware of the unsustainable.204 BABIP and 80% strand rate, together with a 4.72 FIP, all of which indicate negative regression in his future.

Faria has had a couple of bad starts in 2018, and truth be told, has only notched one quality start among his five appearances this season. He has been throwing better over his last three starts, racking up 18 Ks with just six walks. He gets the mediocre Tigers to open the scoring period, then heads home to face the Blue Jays. He has been excellent at home so far this season, so he has potential for a good week in fantasy.

Triggs has been a solid SP, except for one start against the White Sox, where he exited after getting just four outs and yielding six earned runs. He has a decent pair of matchups this coming scoring period and is a good source of Ks while demonstrating good control.

There is a concern among the Boston coaching staff that Pomeranz may be tipping his pitches. Batters are laying off his money pitch, not swinging at his curve, and instead pounding his fastball offerings. This is an issue that can be fixed, however, but until it is, he is a risky option even in weeks he is not pitching twice.

Plenty of pitchers to avoid this week populating the bottom tier. None of these starters have been showing much promise this season, and thus you want to keep that in mind when setting lineups this coming week. It is easy to become desperate, thinking that you need some innings to round out your stat totals, especially in head-to-head or weekly points leagues, but bad results are never your friend in fantasy. If one or more of these pitchers figures things out and starts pitching like an ace, take note and target them off the wire. Banking on a bottom tier SP to pump up your results short term is a fool’s errand, though, and not suggested.