Ivar Anderson takes a look at the starting rotation battles going on during spring training. 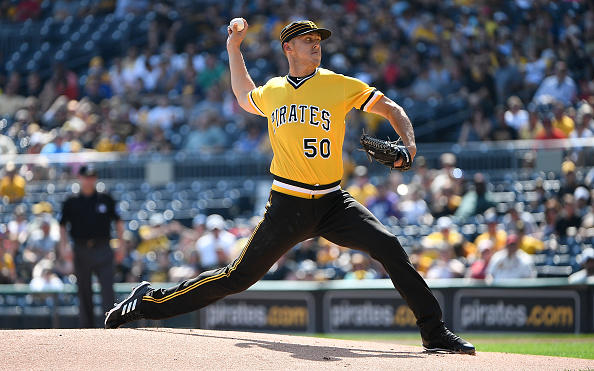 When the Pirates sent Gerrit Cole to the reigning World Series champions this past winter, they threw their starting rotation into flux. The decision to move Cole over to the Astros effectively designated Jameson Taillon as their new ace, and clearly indicated a determination to see what some younger arms could do when thrown into the fray. Welcome to 2018 and the interesting starting pitching situation in Pittsburgh.

Taillon had a shortened season, due to the combination of surgery for testicular cancer in May of 2017, and prior Tommy John surgery (TJS) in 2015. You can understand that his statistics were not exactly those who had him pegged as a breakout prospect expected, with inflated ratios. He was the victim of some bad luck in 2017, as shown by his inflated BABIP of .352, as his FIP came in nearly half a point lower than this actual ERA at 3.89 over his limited innings last season. He generates more than his fair share of groundballs which sits at nearly 50% over his career (49.5% to be precise) and features an effective sinker and curveball to keep opposing hitters driving the ball into the dirt. With a mid-90s fastball at his command, he will generate good strikeout numbers. He has been limited due to health issues, but if he can stay on the field, he offers good value, especially going as late as he currently is in drafts. 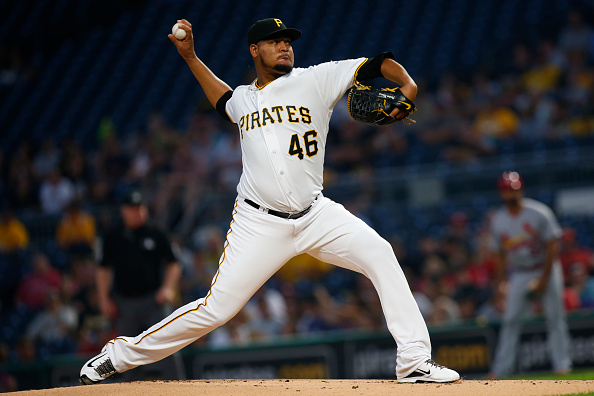 Nova opened up 2017 like a house on fire and was a waiver wire target over the first half of the season but was a pitcher that was dropped like a hot potato post All-Star break. The first half 3.21 ERA proved unsustainable, as his ERA surged to an ugly 5.83 over the second half of the season. He continually struggles to get outs against left-handed batters, and has difficulty keeping the ball in the park. He is not a great source of strikeouts and needs to keep the ball low in the zone to be effective. He is a much better pitcher at home over the past three seasons, and if he is on your roster, you would be wise to use him judiciously when he is not toeing the rubber at PNC Park.

Kuhl was able to increase his fastball velocity between 2016 and 2017, from 93.2 to 95.5 MPH, but that did not improve his ability to generate swings and misses by opposing batters significantly. He saw a huge increase in his walk rate between 2016 and 2017, going from an acceptable 2.55 BB/9 to an unattractive 4.12 last season. He still generated a good number of grounders, with a 1.43 GB/FB ratio, but as with Nova, is far more successful against right handed hitters than those that swing from the other side of the plate. He is much more valuable as a middle of the rotation starter for MLB purposes than he is as a back of the rotation starter in fantasy. He could have some value as a streaming option but certainly is not a SP to rely upon week to week.

Musgrove has been a more effective reliever during his career than as a member of the starting rotation, but the Pirates have him earmarked to join the starting staff in 2018. His success as a reliever in Houston last season coincided with his ability to rely on three pitches, his 93 MPH fastball, slider and cutter. The delta in velocity between his slider and fastball is at the magic 10 MPH difference, and that gives hope that he can become an effective SP2/3 for the Pirates this coming season. He is certainly available late in drafts if you are willing to take a chance on the converted reliever.

Williams served as an innings-eating option for Pittsburgh last season, but not much else. He throws a sinker that tops out in the low-90s, which limits the strikeout potential, but does play well to keeping the ball on the ground, as witnessed by his high groundball ratios in the majors: 1.82 GB/FB in 2016, 1.71 in 2017. As with Kuhl, he is more of a streaming option than a pitcher to rely upon regularly in your fantasy efforts, and pitches worse on the road than when savoring home cooking. 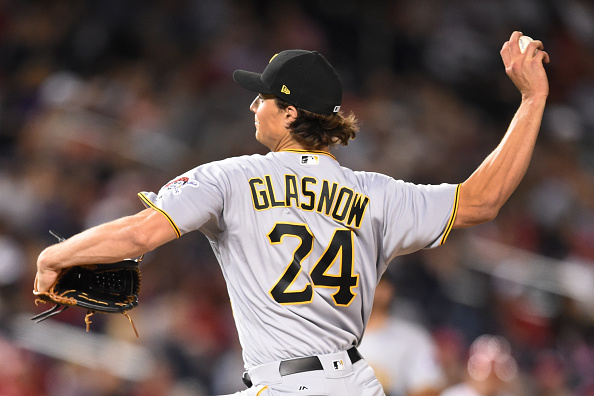 Glasnow made his mark in the minors due to his 95 MPH fastball and nasty curve but has continually been plagued by control problems. He sported a horrendous 6.39 BB/9 over his 15 appearances with Pittsburgh last season, although he did correct the wildness when he was sent back down to Triple-A Indianapolis in June, posting a much more respectable 3.09 rate. He is one of those prospects whose ability to record Ks make him enticing, but without harnessing his control, he is a disaster for fantasy purposes as his ratios will only hurt your pitching stats.

Kingham had made it to Triple-A in 2014, but then went under the scalpel in 2015 for TJS. He has been working his way through the minors as he rehabs from surgery, but it is anticipated that he will start the season in the minors in 2018. He is not overpowering, showing an average strikeout ability, but does have good control and an ability to generate groundballs. He should make his major league debut later in 2018 but will not be anything more than a streaming option to open his big-league career.

Keller is also destined to open this season in the minors as he continues to work on developing a third effective pitch to go along with his plus fastball and potentially plus curve. His fastball arrives in the mid-90s and has enough movement to fool batters consistently. His curve can also serve as an out pitch, but his change is pedestrian at best at this point. He will likely make his debut in the majors either this season, depending on the Pirates’ rotation needs, but certainly by 2019.

This is looking like a rebuilding year for the Pirates, especially on the pitching side of the board. Aside from looking to see if Taillon can stay in the rotation all season and avoid any further health issues, there is little here to get excited about for fantasy owners. Nova could repeat his first half success over a full season, and that would make him a worthy SP3/4, so long as you can limit his exposure away from his home ballpark. The Pittsburgh minor league system does have some promising arms on the horizon Kingham and potentially Glasnow if he can get his control issues squared away, but overall this not a rotation to target in your upcoming drafts.