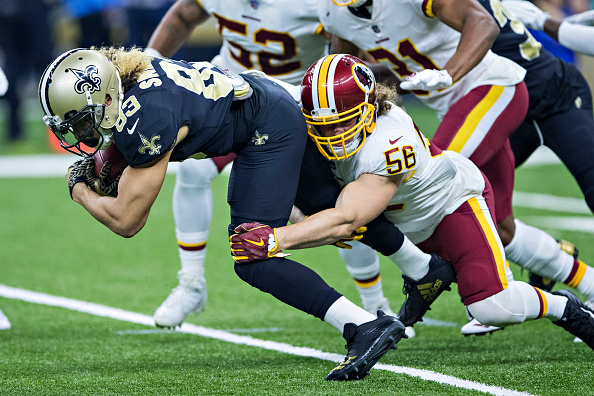 We are fully into the playoffs in fantasy football leagues at this point. You may be scrambling to deal with injuries or players that have been demoted and lost the majority of their snaps. There are still options to be found on the wire, fortunately, if you need to pick up a viable starter. Plus, do not forget to look for those players that were previously profiled, as they are listed here because of their recent production in fantasy.

Wilhoite has a chance to pick up significant snaps with both K.J. Wright and Bobby Wagner on the injury report this week, when the Seahawks go on the road to face off against the Rams. He was on the field for 47 defensive snaps in Week 14 (another 20 on special teams), and contributed with four total tackles (three solo). If he is an every down LB in Week 15, he could be a sneaky add to your roster, especially if you are dealing with injuries at linebacker.

Vigil has slotted in as the one of the starting inside LBs for Washington, even if Martrell Spaight is back in action against Arizona. He had nine combined tackles against the Chargers (seven solo) in Week 14, and should be in position to provide similar production this coming week.

Johnson filled in nicely in Week 14 on a banged up Cincinnati defense that was without four starters. He has six combined tackles (four solo) with three of those being for a loss of yardage (TFL). He also picked up a pair of sacks and added a couple of quarterback hits/hurries (QH) to round out his stat line. So long as the Bengals are without their normal starters on the D-line, he is a useful plug-in piece.

Daniels is another DE to target for steady if not exciting production. He had five total tackles in Cleveland last Sunday (four solo, one TFL) and a QH. He has collected 2.5 sacks over his past five contests played, so he also offers some big play potential.

Harrison continues to rack up tackles at the DT position, making him valuable in leagues that require you to roster a defensive tackle. He has 64 combined tackles through 13 games this season (41 solo), and has also racked up three pass defense play (PD), an INT and 1.5 sacks, making him useful in big play leagues as well.

Poe had a five total tackle effort against the Falcons in Week 14 (two solo, one TFL) with a QH. He also saw a couple of snaps on offense in goal line situations, so that only adds to his value.

Joseph was the Vikings’ leading tackler in Week 14 with 10 total tackles (three solo, one TFL), along with a QH and a sack. Do not expect those numbers every outing, but against run-first opponents, he is useful, especially if you need to start a DT in your league. 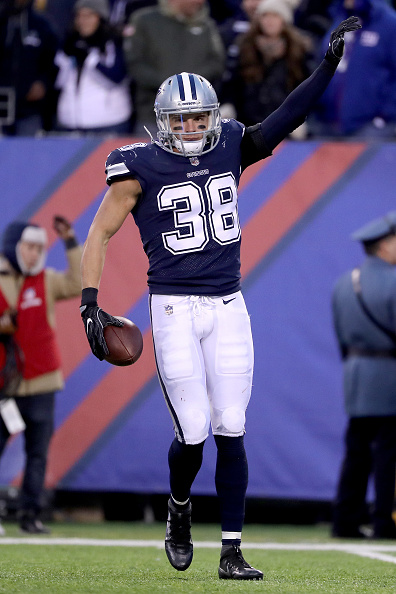 Jefferson was a big free agent signing for the Ravens this past off-season, and finally seems to be settling in with his new team. He had 11 combined tackles in Week 14 (eight solo, one TFL) with a QH and half a sack to boot. Now would be a good time to snag him off the wire if your safety production is disappointing you.

Heath is coming off a 10 total tackle effort against the Giants (eight solo), and has a tasty matchup against the Raiders on deck in Week 15. He also had a PD and a QH in Week 14, so he not only offers tackles but also the occasional big play game.

McDougald took over at strong safety when Kam Cameron was lost for the season, and has been a tackle machine, collecting 29 total tackles over the past three weeks (19 solo), including five solos and three assists in Week 14 against the Jags. His Week 15 opponent is a great matchup, with the Rams giving up the seventh most points to opposing safeties through Week 14.

Williams can play shutdown cornerback, and that will restrict his ability to provide tackle numbers (two solos in Week 14). He did snag an INT and added three PD against the visiting Titans, though, so the big play ability is there.

Bouye picked off a pair of passes in Jacksonville against the visiting Seahawks last week, giving him six on the season and tying him for the league lead. He also added three PD in a fine big-play effort

Humber looks as though he has lost his full-time role in the Buffalo scheme to Matt Milano. He put up a goose egg in terms of tackles in Week 14, and you should feel free to remove him from your roster.

Kendricks has been hit or miss, and mostly miss this season. He had just one tackle in Week 14 (an assist), which likely frustrated his owners. End the vexation he is causing and cut him loose. 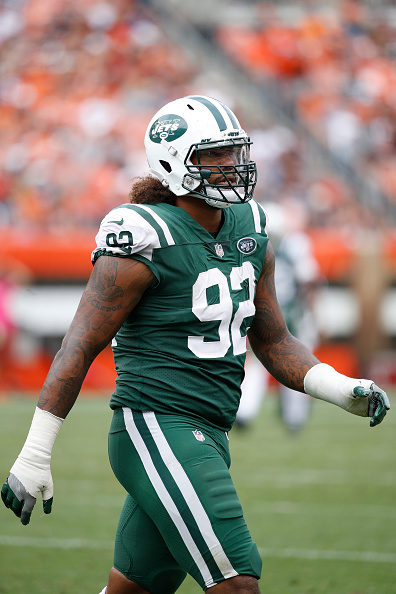 Thomas has been underwhelming since returning from his knee injury in Week 12, with just four solo tackles and one assist since Week 12. He has great potential as an edge rusher and should be held onto in deeper keeper leagues and certainly in dynasty leagues, but he is not the key to playoff success at the present time.

Williams is seeing plenty of playing time on defense, but the results have been underwhelming at best, and woeful if you are relying on him as one of your starting DLs. He has been credited with just four total tackles (one solo) over the past three games he has played, and can be replaced without worry immediately.

None to mention, aside from those listed on the injury report below.

Remember, the second team listed is the one to use your IDPs against. Do not go crazy, and play a LB5 against the Ravens, Jaguars or Colts, but certainly you will do well if you own a top LB on the Browns, Dolphin, Texans or Broncos that you can plug in this week, for the most part.