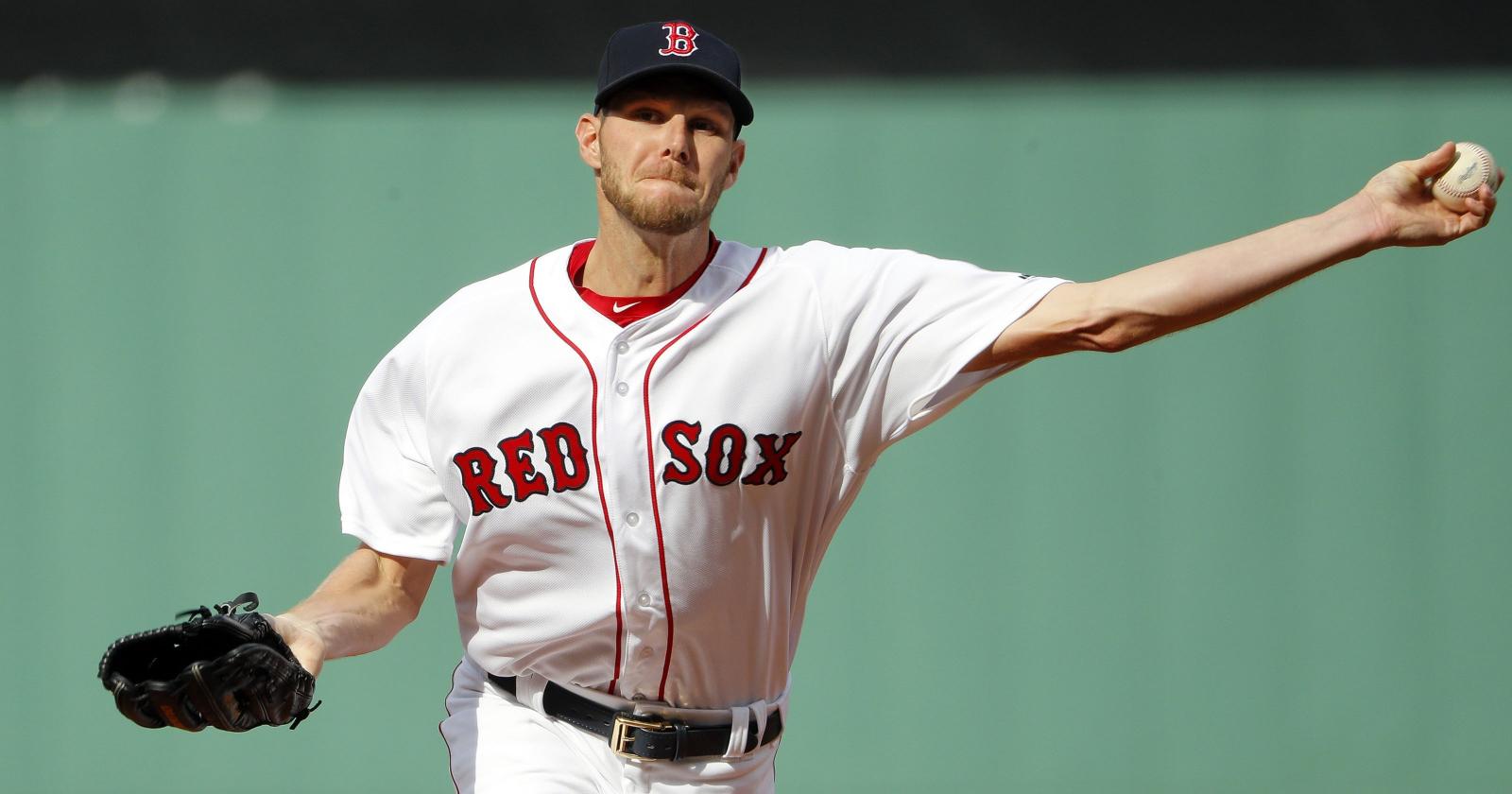 As is the usual case this season, there is a load of starting pitchers to avoid this week in the bottom tier, 20 of them to be exact. The top tier has half that many pitchers to rely upon this week, and the middle tier has a decent selection of SPs that can be useful for at least one start. Things will get crazier with potentially less two-start options once September arrives and teams begin to call up their prospects for a test run, so enjoy the bounty available this week.

These are the starters that are suggested as plug and forget this scoring period. Bundy and Ryu are somewhat of a risk, although at least Bundy gets both his starts at home, while Ryu has a riskier task in Arizona against the Diamondbacks for his first start of Week 22. Ryu has been on quite a roll, not having allowed more than three runs in his last nine starts, and is coming off a six inning victory against the Pirates where he allowed just one run. 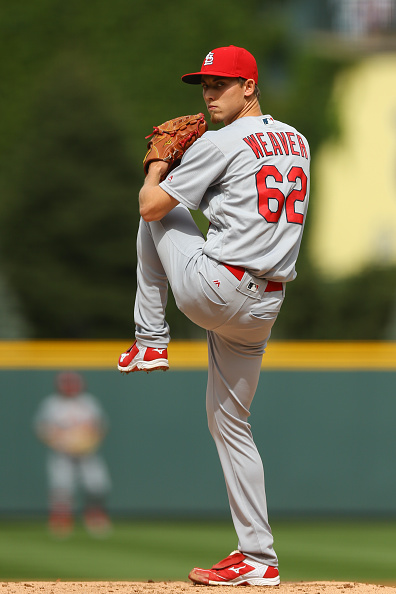 Weaver leads off the middle tier, and although he only has three starts under his belt this season, he has pitched well when given the ball: 2.95 ERA, .098 WHIP and 23 Ks as opposed to just five walks over those 18.1 innings. The small sample size of major league work makes it difficult to say whether two road starts will negatively impact his Week 22 results, but he was pitching well at Triple-A prior to his promotion, so there is certainly hope he can continue to perform as a useful starter.

Jackson has been a fine addition to the Nationals’ staff following his promotion from Triple-A in mid-July, although his lack of strikeout production hurts his fantasy value (6.0 K/9 on the season). He gets to face Miami at home for his first start, but has a more difficult matchup on the road in Milwaukee for his second start of the week. His 5.54 FIP also hints at coming regression.

Godley’s control has been off lately, although he is still striking out a boatload of batters with a 9.54 K/9 over his 117 innings this season. There is also concern that with him approaching a career high in innings pitched, the team could limit his time on the mound in the near future. His matchups this coming week are tough, as well, facing the Dodgers at home then heading to Coors Field. Use him with caution, but if you need the Ks, he is a decent option in Week 22.

Fiers is another pitcher you may want to consider based on his ability to miss bats (8.79 K/9 in 140.1 innings). Being backed by the powerful Houston offense is definitely a positive factor for him as well. Two home starts in Week 22 is also a plus for the Houston righty, although a 4.17 ERA and 1.31 WHIP over his 25 starts in 2017 do give pause about his effectiveness as a starting pitcher in your rotation.

Montgomery should stick in the rotation so long as Jon Lester is on the shelf waiting for his shoulder to heal, and thus will have a pair of home starts in Week 22. He is a weak strikeout producer and struggles with his control, as evidenced by a 7.12 K/9 and a 4.05 BB/9 over 102.1 innings pitched. He does generate more than his fair share of ground balls, with a fantastic 3.00 GB/FB ratio and he keeps the ball in the park (0.7 HR/9), which help to provide value so long as he stays in the rotation.

Cashner does not have any great ability to miss opponents’ bats, with a weak 4.51 K/9 rate this season, and he also has poor control (3.51 BB/9). He does offset those weaknesses with a good ground ball to fly ball ratio (1.79 GB/FB over 125.2 innings pitched) and being effectively stingy with the long ball (0.8 HR/9). He has to face the Astros on the road for his first time to toe the rubber in Week 22, but has a more favorable home start against the Angels to wrap up the scoring period where he should be useful for a streaming start.

Miley is frustrating due to his inability to pitch deep into his starts, and his horrible control (5.18 BB/9 in his 26 starts this year). He has been able to limit the damage in his starts of late, although he still posts an unattractive 5.11 ERA and 1.68 WHIP. He has two home starts, where he has been marginally better, although the first start is against the Marlins who are not exactly pushovers. His second start against the Blue Jays holds more promise in Week 22.

Stroman was roughed up by Tampa in his last start, yielding three homers. That should be chalked up as an oddity, though, as he has an excellent 0.9 HR/9 ratio this season. He had been working on a string of three quality starts (QS) prior to that. He relies on a superb ability to get opposing batters to drive the ball into the ground (3.45 GB/FB ratio over 164.2 innings), complemented by a 93-94 MPH fastball and average control (2.79 BB/9 in 26 starts this season). Getting to face Boston at home is an advantage for him, as his home ERA is more than a run better than on the road: 2.63 v 3.79, although Boston has been a powerful road offense, and Baltimore is not exactly a pitcher’s haven of a park. Based on his past efforts this season, look for him to bounce back this week, but understand that there are risks tied to the two opponents he will face. 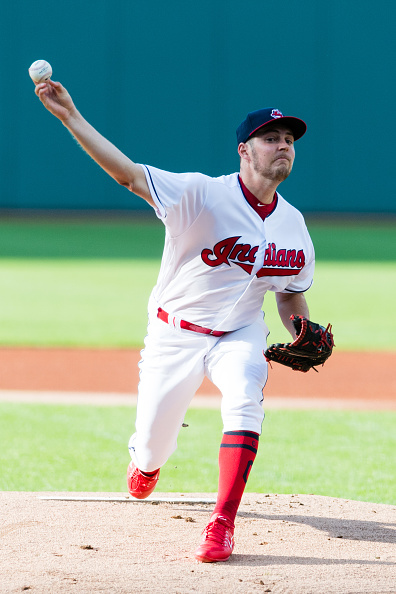 Bauer overall has been pitching well, although he did stumble against the Red Sox in his last start, allowing four earned runs and not lasting through the sixth inning. He also has not exactly been at his best away from Progressive Field, and both his starts this week are on the road, against the Yankees on Tuesday and then winding up the week in Detroit. The second start is the one you most want to employ his services and take advantage of his elite K rate (10.14 K/9 over 134.0 innings this season.

Moore is working on a stretch of three consecutive QS, quite a dramatic reversal of fortune given his earlier struggles this season. It was those earlier difficulties that make him tough to fully trust, even with his current success on the mound. He has a couple of good matchups this week, heading off to San Diego to open things up and then facing the Cardinals at home to wind up Week 22. He also offers average K potential with a 7.85 K/9 rate on the season.

Senzatela has a set of home starts this week, and since he calls Coors Field his home park, that is worrisome. He is not much of a strikeout producer with a poor 6.75 K/9 over 121.1 innings in 2017, but he does have success in inducing ground balls (2.01 GB/FB during his 26 appearances (19 starts). Almost any starting pitcher is a risk when pitching at Coors, and thus Senzatela is a risky proposition this week.

These are the pitchers it is suggested you avoid this week, unless you are in a league with a shallow waiver pool. Perdomo sits atop this tier, and the Padre hurler is the best option among these pitchers, with a pair of home starts in Week 22, but his stats just do not add up to a valuable fantasy pitcher. Take caution before placing any of these pitchers in your rotations this coming week.