Looking for two-start pitchers for the upcoming week of MLB action? Ivar Anderson has the full list and tells you who to start and who to avoid for the 14th week of the fantasy baseball season! 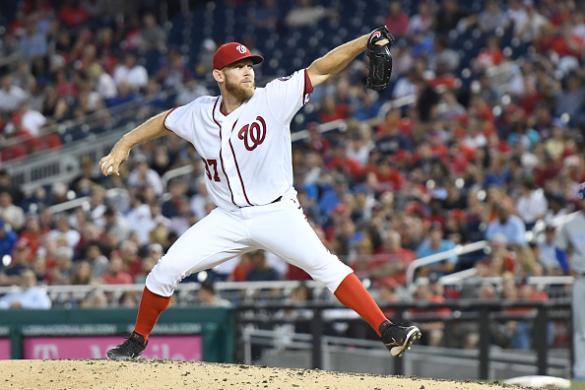 There are a number of excellent options to choose from as two-start pitchers this week, in both the top tier and the middle tier. Of course, there are also a large number of pitchers you want to avoid using unless you want to damage your ratio and counting stat totals for Week 14, but that is nothing unusual. Let’s get ready for July by analyzing the dual start options over the upcoming scoring period.

For those who are looking to add a sleeper starting pitcher, Godley was the choice although his ownership percentages have been rising with the success he has had this season, after suffering through a disastrous 2016. Pitching in Arizona can be a tough process, but he gets Cincy at home which tempers the risk in Week 14.

It is good to have Felix Hernandez back in form, after recovering from his early season shoulder injury, and he gets two home starts this week. If you were able to wait on his return, you are now being rewarded for your patience.

Pittsburgh has a pair of two-start options this coming week in Nova and Taillon, and both are worth considering even though they are on the road for all their appearances.

Ross has allowed just five earned runs over his past three games, all of which were quality starts (QS). He seemed a lost cause when his ERA ballooned to 7.34 following a three inning loss in Oakland, but perhaps has now turned the corner, based on his last three outings. Plus, both his starts in Week 14 are at home. 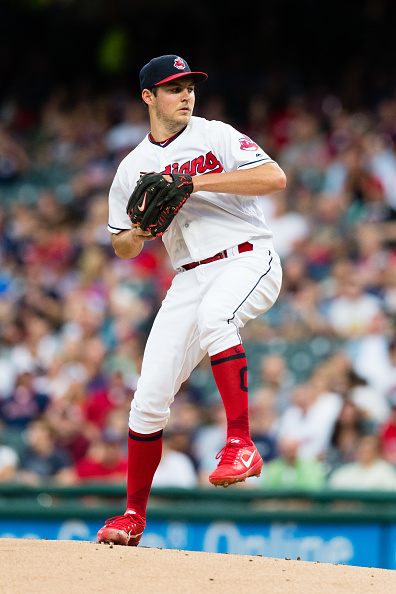 Bauer is another pitcher that was unusable for fantasy for an extended time, but by employing his curveball more, he is pitching much better. He has the occasional blowup, such as where he allowed four earned runs to the Twins on June 23rd, but facing the Padres and Tigers at home in Week 14 will help him continue to reduce his inflated ratios.

Happ, the veteran southpaw, is working on a four game QS streak, where he has accumulated 24 Ks over 25.2 innings pitched. He now sports a 3.71 ERA and 1.18 WHIP, although heading to Yankee Stadium and then hosting the Astros this week is not a great pair of matchups. If you believe in the hot hand theory, however, he is an option in Week 14, despite his team’s struggles this season.

Ryu had a scare in his latest start, getting nailed on the left foot with a batted ball, but fortunately for him and the Dodgers, x-rays came back negative, allowing him to be scheduled for a pair of starts this coming week. He is not pitching deep into games, so the quality starts and victories are lacking. Despite the limited innings pitched, he is a good source for Ks (8.55 K/9) and has decent control (2.72 BB/9 over his 72.2 innings). He has a pair of home starts in Week 14, another plus for him and his owners.

Nola is coming off a pair of starts where he pitched 7.1 and 7.0 innings, both victories. He is a good source of Ks (8.82 K/9 this season) but needs to work on his control as he is allowing just over three walks per nine innings. His groundball tendencies help him out, though. He would be a better option this week if he were not pitching at home for both his starts this week, as he has been more of a road warrior this season. He has slowly been working his ratios in a positive direction, and now offers a 4.13 ERA and 1.29 WHIP, not excellent numbers but certainly useful with the lack of pitching in 2017.

Newcomb has pitched well since joining the Braves’ rotation, twirling four consecutive QS in four games. The matchups this week, facing the Astros at home and then trundling off to the Capitol to face the Nats, are the reason he is so low on this week’s list. He is just an average strikeout producer to date (7.77 K/9) and although his FIP is an excellent 2.99, his 1.48 ERA is due for some correction, especially with an unsustainable .263 BABIP and 88% strand rate. 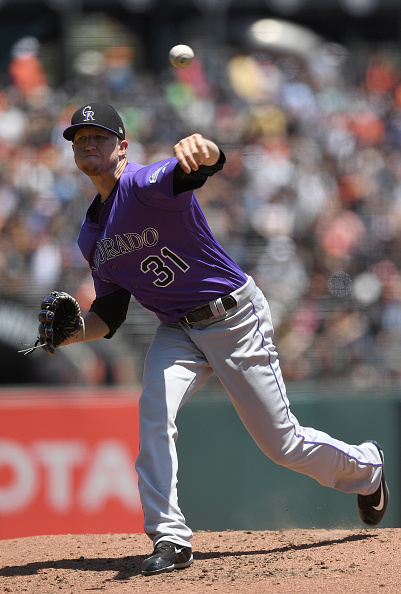 Freeland has been great at Coors Field in his rookie campaign, posting a 3.21 ERA in 42.0 innings at home with just three dingers allowed. With two more home games in Week 14, against Cincinnati and the White Sox, he has a good chance to provide solid fantasy value. Of course, there is some risk, as he does not miss that many bats and hands out too many free passes (5.28 K/9, 3.46 BB/9) and his FIP is currently a poor 4.93, so there are some areas of concern.

Urena brings a useful 3.42 ERA and 1.23 WHIP into Week 14, although for someone who throws a mid-90 MPH fastball, you would expect a better K rate than his terrible 5.66 K/9. He also needs to develop better control (3.18 BB/9 over 76.1 innings pitched as a starter and in relief) as his peripherals hint at regression being around the corner: .257 BABIP, 4.85 FIP and 76.5% strand rate. He does get to pitch in a couple of good pitcher-friendly parks in St. Louis and San Francisco this week, so there is that.

Meyer has been successful in the Angel rotation this season, compiling a 3.74 ERA, despite a horrific 6.02 BB/9. He does strike out more than his fair share of batters, having a superb 10.08 K/9 through 55.1 innings pitched in 2017 to date. He also helps himself by generating a ton of grounders (1.71 GB/FB ratio). He has two road starts this week, and that is a negative, as his ERA sits at 6.75 ERA in his five starts away from home, so there is a considerable risk in Week 14, and discretion may lead you to avoid him in this scoring period.

Lynn has two home starts, which is why he is in the middle tier. He did have a pair of bad outings prior to his latest start, allowing 14 earned runs over 10.1 innings, but a quality start on the road against Arizona gives some hope he can bounce back from his struggles. He is a decent K option (8.60 K/9 on the season) but struggles with his control (3.60 BB/9 over 16 starts in 2017), but then again, that has been a trademark for the 30-year old righty over his career. The start at the beginning of the week against the Marlins is his better option this week.

It has not been a great post-Cy Young season for Porcello, but his teammates have also not provided a ton of offensive support, as in his last start against the Twins. Two road games in Week 14 are not indicative of fantasy value for him. Perdomo has upside, with a 94.0 MPH fastball, but two road starts make him unusable this week. Snell is another upside SP, but he has not shown any sort of control during his time in the majors (an atrocious 5.74 BB/9 over his nine starts). All these pitchers in the bottom tier, as is the case week after week, should not be relied upon for any sort of fantasy value and unless you are desperate for a start or two, none should be in your active rotation. There are perhaps one or two decent matchups in the bottom tier, but for most purposes, these SPs are to be avoided.