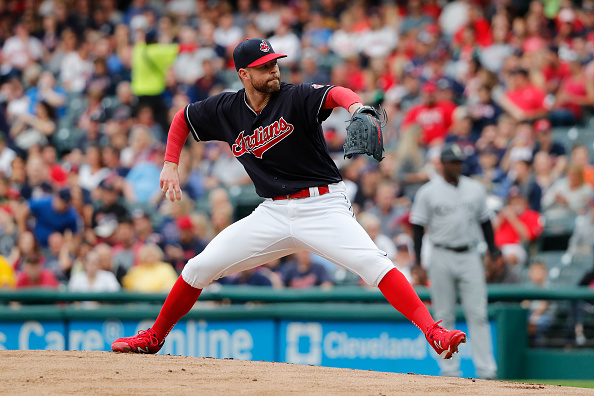 Not much in the plug ‘em in and forget ‘em this coming week, with only seven starting pitchers gracing the top tier. Fortunately, there are plenty of options in the middle tier, although as per usual, those at the bottom of that group are more streaming options than pitchers you would want to start for both their scheduled appearances. The bottom tier has some surprising members in Week 12, and there will be more to say about that at the end of this article.

There are not many SPs that can be characterized as great options for their two starts in Week 12, with just seven starters that can be recommended for both their trips to the mound. Pineda makes the top tier as both his starts are at home this coming week, where he has been exceptionally effective in his trips to the bump, going 6-1 with a 1.96 ERA and 0.89 WHIP over 46.0 innings. Odorizzi also has two games at home, and as with Pineda, his home/road splits favor his abilities in Tropicana Field. Leake has been getting roughed up recently, but has a pair of winnable games when he heads to Philly and then take on the Pirates at home in his second start, and thus he sit at the bottom of the top tier, although he could easily be among the top options in the middle tier if you believe his recent less than stellar results will continue in this scoring period. 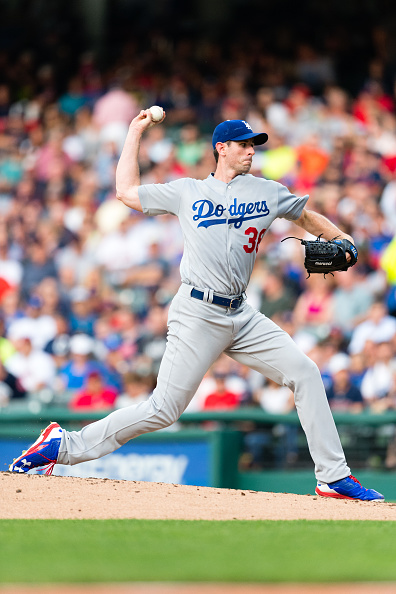 McCarthy had been scheduled to make two starts last week, but gets the double duty this week instead. He is not great at racking up the Ks, but has shown good control with a 2.43 BB/9 ratio and an average 3.00 K/BB rate. His 3.26 FIP indicates that his 3.14 ERA and 1.10 WHIP are sustainable.

Gray has accumulated five quality starts (QS) over his last seven starts, and was two outs from collecting another in his most recent time toeing the rubber. He is striking out better than a batter per inning (9.06 K/9) and helps himself out with his ability to induce groundballs at a nice 2.73 GB/FB ratio over his nine starts, covering 57.2 innings. He gets Houston at home, then heads to Chicago to take on the White Sox.

Miranda carries risk, as was evident in his most recent appearance where he gave up six earned runs on 10 hits and a walk, with just two strikeouts. He has had three poor outings, with the rest of his starts being fantasy-useful. His two starts at home in Week 12 bode well for him to rebound, based on his home/road splits this season.

Bundy has seven victories (with five losses) and sports a useful 3.29 ERA and 1.17 WHIP covering 14 starts. His K rate is nothing great, however, sitting at 6.47 K/9 over the 87.2 innings he has tossed this season. Beware, though, regression appears to be right around the corner, as his FIP sits at 4.53, and he has an unsustainable .261 BABIP and 78.0% strand rate. His first start looks to be his best outing in Week 12, even though it is against the Indians, as his road splits have been disappointing.

The main problem with using Peacock is that he is not pitching deep into any of his starts, having tossed six innings just once this season. He is on the road for both his starts, but his road results have been good in not as effective as his home appearances. He does miss a lot of bats, having racked up 58 Ks in just 39 innings, but he has also walked 22 hitters on the season. Neither Seattle or Oakland are pushover offenses at their home parks, but the Astros are a superior team to both of those opponents.

Volquez stumbled in his last start, but had been stellar in the three starts before that, allowing just one earned run over his prior 22.0 innings. He is a good source of Ks, having a nice 8.42 K/9, but also a poor 4.83 BB/9. He has two home starts, and his 3.18 ERA at Marlins Park is 1.01 runs better than his road ERA. Facing the Nationals and Cubs at home makes him a good two start option in Week 12.

Hammel has recovered from his early season woes, and is coming off a three QS streak. He has a 15:1 K/BB rate over those games, and has been working on reducing his ERA and WHIP to more useful levels, but his problems in April and May means that process will not be a quick one. Two home starts in Week 12, even against Boston and Toronto, are positives for him.

Wheeler has been allowing plenty of baserunners this season, and he was unable to keep the Cubs from scoring, allowing eight earned runs over 1.2 innings in his last start. Is this the start of his regression, or just a blip on the radar? His control has not been great (4.06 BB/9), resulting in an inflated 1.46 WHIP, but he does offer strikeout potential, with a good 8.25 K/9. He is on the road for both his Week 12 starts, and faces the Dodgers and Clayton Kershaw in the first matchup, but gets to pitch in San Francisco for his second appearance, which looks like the best time to employ his services.

Marquez is a streaming option when not pitching at Coors Field, so avoid his first trip to the mound when the Diamondbacks visit on Tuesday. Instead, use him when the Rockies head to Los Angeles to take on the Dodgers, although in that matchup he will face off against Brandon McCarthy, who sits atop the middle tier this week. He is a good strikeout producer with an 8.55 K/9 over his 53.2 innings pitched, but his control needs work, as he has handed out 19 free passes this season, resulting in an unsightly 1.40 WHIP this season.

Roark has a pair of decent matchups this week, taking on the Marlins on the road, then returning home to face the Reds. He has been a better road pitcher this season, but Cincy has not been good at home or on the road this season. He offers below average strikeout potential, and does not demonstrate great control, so if you want to set him on the bench this week, you would not be out of line.

Teheran has tossed five QS in his last seven outings, and looks poised to continue the fine work when the Giants come calling for his first start of Week 12. The second appearance against Milwaukee, again at home, features Zack Davies as the opposing SP, which is a positive matchup, although his 7.25 ERA at SunTrust Park does give cause for caution. He has fared much better on the road in 2017, so he is not a top recommendation for Week 12.

Zimmermann has rolled up four QS over his last five starts, although his struggles over his first eight starts to open the season have left him with a horrific 5.35 ERA and 1.47 WHIP. The Tigers’ schedule in Week 12 sends him to the mound in Seattle and then San Diego, a couple of decent away venues. His control is still inconsistent, and the propensity to give up the long ball has hurt him, but he could be heading to worse parks in this coming scoring period.

The 27-year old southpaw appears to be in the Cub rotation, with Montgomery taking the place of Kyle Hendricks who has suffered a setback in his recovery from a hand injury. He has put up a unattractive 35:24 K/BB ratio over his 20 appearances in 2017, and while the 2.56 ERA looks tempting, his FIP sits at 3.94, and the .260 BABIP and 80.7% strand rate suggest that he has been lucky and regression may be just around the corner. Then again, he takes on the Padres and Marlins this week, not the most fear-inducing opponents. 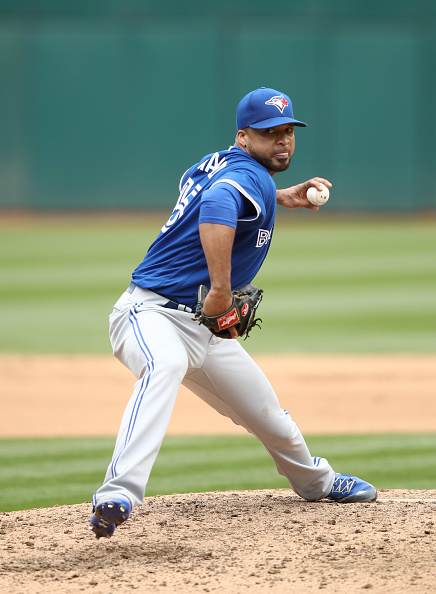 Liriano twirled seven strong innings in his last start against the visiting Rays, yielding just two earned runs on five hits and two walks, while fanning nine. Much was expected of Liriano when he went to Toronto, but so far his peripherals are ugly (5.36 ERA and 1.63 WHIP over 45.1 innings in 2017). The strikeouts are there (a 9.73 K/9) but his control has been a disaster with a 5.56 BB/9 rate. He also has been much worse on the road in 2017, and now heads to Texas and Kansas City in Week 12. If he has turned the page and is ready to pitch well, the second start is the better option to deploy him this scoring period.

Gaviglio is by no means a high-strikeout pitcher, but he has been better than his minor league numbers would have indicated. He has two home games this coming week, which is nice, but like the rest of the middle tier from here on down, he is more a desperation option than one you can fully trust.

Richard has been pitching deep into games this season, but also has a rather pedestrian set of peripherals over his 88.0 innings: 4.30 ERA and 1.42 WHIP. He is a poor K producer (6.55 K/9) but has shown good control (2.25 BB/9) and generates a ton of grounders (3.44 GB/FB rate over his 14 starts in 2017. His week opens with a trip to Chicago to face the Cubs, but then gets a home start against Detroit, an inconsistent offense on the road.

Cueto has been victimized by the long ball this season, and sports a 1.7 HR/9 rate, having allowed 16 homers in his 14 starts. His 4.57 ERA nearly matches his 4.52 FIP, so there is no hint that he has been particularly unlucky this year. His first start in Atlanta is one to avoid, but he could be useful against the Mets at home in his second start of the week.

There are some pitchers that have sunk to the bottom tier, at least temporarily, who do not normally give pause to start, especially in weeks where they pitch in two games. Santana, Verlander and Cole have all hit tough patches, and while it is certainly possible and hopefully probable that they will regain their former usefulness, now is not the time to rely on that happening. Holland could be a potential streaming option in his second start at home against the Athletics, although he does face off against Sonny Gray, who profiles at the top of the middle tier. You would do well to avoid all these pitchers unless your waiver wire is totally depleted and injuries demand you add a pitcher for the short term.