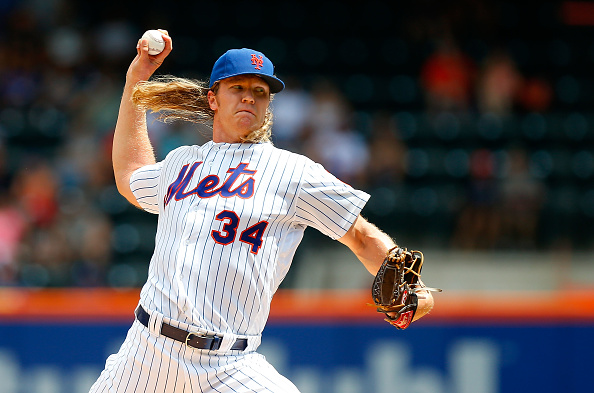 For the first time in recent memory, there are a good number of starting pitchers populating the middle tier this scoring period. There are a good number of must start options in the top tier, as well. Of course, there are also a baker’s dozen of pitchers I suggest you avoid, at least in terms of those you want to use for both of their scheduled appearances on the mound this week.

As I have been writing for years, these are the pitchers I suggest you plug in your lineup and forget about them until the scoring period is complete. You will note a couple starters that generally do not make the top tier, namely Kenta Maeda and Ian Kennedy. Both have been dealing on the mound, and have good matchups this scoring period. Jose Quintana is also now ensconced in the top tier. He may not be an exciting starter, but he gets the job done, and that is what you want from your starting pitchers. 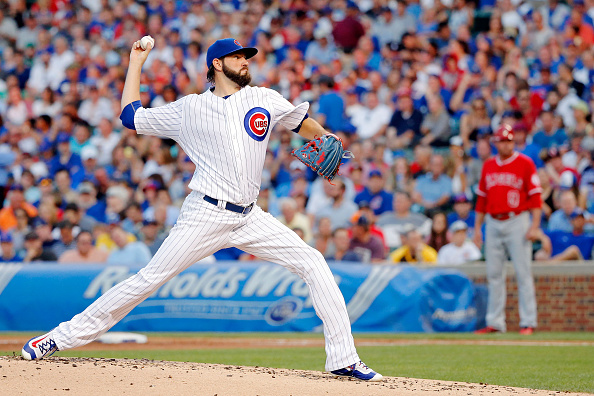 This middle tier is larger than it has been in several weeks, although with just 13 pitchers included in the group, I will again break it into two sub-tiers. The first group opens with Pomeranzand ends with Vogelson. Pomeranz has been a hard luck starter of late, although he has pitched well over his last couple of starts, allowing just three earned runs over those 11.1 innings. He has been better on the road than at home this season, so no reason to fear his next two starts in Cleveland and Detroit. He is an elite source of Ks, and also generates a good share of grounders to keep his ratios in line. Those are a couple of key features that put him at the top of the middle tier. Gonzalez does not get the same adoration that his teammate Scherzer does, and rightfully so, although he is working on  a pair of consecutive victories, and will go for his third consecutive victory on the road at Colorado, a tough matchup in a hitter-friendly park. It will be a better chance for him to pick up his ninth victory when he heads to Atlanta at the end of the week. Smyly has gotten over whatever was plaguing him to open the season, and is now working on a strong stretch of four games where he has picked up two wins, an allowed two of fewer earned runs in all four of those appearances. He should rack up some Ks when he takes on the Padres in his first start, but the strikeouts have been inconsistent for the southpaw.

Garza has thrown three quality starts out of his past four appearances on the mound, and has finally pushed his ERA below 5.00. He has not been as sharp on the road as at home this season, so a pair of road games leads to some concern in Week 20. If he can continue to generate grounders at a terrific pace, he should continue to have success, even in his first start of Week 20 at Wrigley Field. Santana is working on a stretch of seven quality starts in his past nine appearances, and has pushed his ERA down to a useful 3.62 (down from 5.10 on June 14th). His control has been excellent this season, which helps overcome his below average K rate of 6.61 K/9. I like him in his first start at Atlanta, not as much in his second start in Kansas City. Rodriguez has been dealing over his last 28.1 innings, and after his horrific start to the season (8.59 ERA as of June 27th), he is now pitching like a useful SP. Both his control and dominance have been trending in the right direction in the season’s second half, although it would be nice if he was pitching deeper into games on a more consistent basis. Vogelson has looked sharp in his two starts after coming off the DL, racking up 11 Ks and giving up only one earned run. He has been the victim of poor support, but despite that, he has been sharp and should continue to be a part of the Pirate rotation going forward. 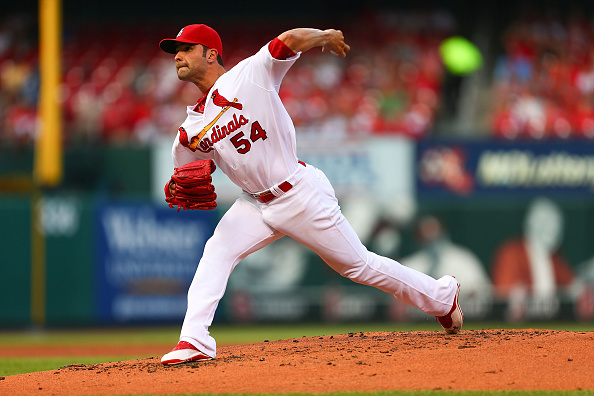 The bottom tier begins with Shipley and runs down through DeSclafani. The former shortstop, Shipley, is coming off  a superb start where he held the Mets to just three hits through seven innings, with only one runner making it as far as second during his stint on the hill. He gets to see if his magic against the Mets continues in his first start of Week 20, before heading to San Diego to try and rack up some more Ks. Finnegan is working on a three game QS streak, but he has been wild. He does get to pitch both of his Week 20 starts at home, where he has been marginally better, and thus he makes the middle tier. If you feel shaky about starting him, I fully understand and will not blink if you wanted to consign him to the bottom tier.

Colon can either be very good or a disaster. He gets two road starts, and has been more of a road warrior this season than a home park hero. He still has elite control, and none of his peripherals scream to avoid him when he takes the mound. Syndergaard has been struggling since mid-June, and he is allowing baserunners to swipe bags almost at will. He is also pitching inefficiently, which limits how deep he can go in games. He will look to get back on track when he tries to avenge the loss to the Diamondbacks in his latest start, as he heads to the desert for his first start of Week 20. Keuchel’s last start was rained out, and that was fortunate for him as he allowed five runs in just two innings. He is not struggling as badly as he was earlier this season, but still is not a dependable starter game in, game out in 2016. I would prefer to start him at home against the Cardinals, and perhaps sit him when the Astros head to Baltimore at the end of the scoring period. DeSclafani is the final denizen of the middle tier, and with his excellent production at home this season, I like him for both his starts. The main issue is his inability to pitch deeply into games, as he lasted just five innings in two of his last four starts. He is also 0-1 in his last three starts, despite pitching well and continuing to push his ERA and WHIP down. He is a useful starter if you are not relying on him to provide victories or quality starts.

There are pitchers in this tier that would consider using based on the matchup but not for both their scheduled starts, notably Robbie Ray against the Padres in his second start and Martin Perez when he faces Tampa Bay on the road. If Chase Anderson or Daniel Norris were pitching deeper into games, either or both could make the middle tier, but the lack of innings hurts their chances to shine.

?Please note that the Fantasy Alarm Forums are now open for your use, to ask questions or provide your own commentary and wisdom. I enjoy responding to comments, or if you do not want to put your question out for public consumption, feel free to write me at ia@fantasyalarm.com for a more personal response to your specific issue. The more detail you can provide about your team and league, including settings (H2H vs roto, points or categories, weekly or daily moves, roster size, league size, etc.) the better my response will be suited to your individual situation. I am open to questions about issues apart from starting pitching, too, as I play fantasy sports as well as serve as an analyst. As ever, good luck and Godspeed in all your fantasy endeavors