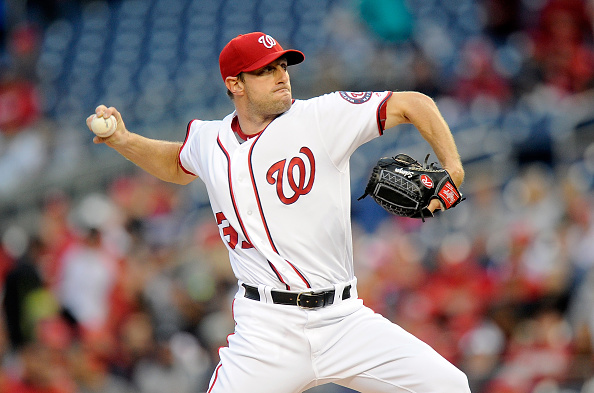 Not exactly a huge selection of two-start options this week, but sufficient mid-tier options to get you through Week 11. I realize that some have not agreed with my more radical approach to the bottom tier, and if you have a question about a particular matchup, then drop me a note. I am always willing to discuss my choices and will gladly engage in rationale dialogue about the merits of one pitcher over another. I am going to keep the bottom tier full for the present, full of those SPs that I just cannot trust to perform well enough to use them twice in a scoring period.

Just nine top options in Week 11, and despite my concern about Scherzer's current home run tendencies, I really do not have a reservation about using any of these pitchers for their scheduled two starts this period. Put them in your lineups and forget about them. 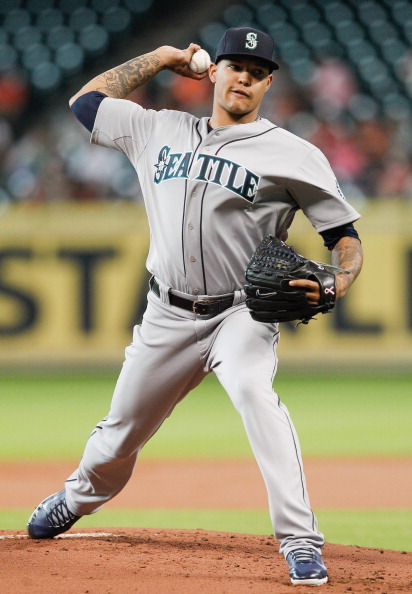 The middle tier is filled with 14 starting pitchers that offer varying degrees of usefulness. As is the general pattern, I will break them down into three sub-tiers.  The first, uppermost tier opens with Walker and ends with Odorizzi. Walker is coming off a nice bounce back start, where he struck out 11 Indians and did not yield a free pass. He has been incredibly inconsistent, but perhaps this excellent last start will help kick start his season. He certainly has the skills to be successful, although I do like his chances in his first start more than when he heads to Boston for his second start in Week 11. Eichkoff has tossed four QS in his past five starts, and has pushed his ERA down to 3.68 with a 1.17 WHIP. He does have a couple of tough matchups this week, heading to Toronto and then facing the Diamondbacks at home at the end of the week. He offers decent strikeout numbers, and excellent control. Plus, he has been stellar at home, so using him in his second start seems potentially wise. You may want to stay away from the start against the Blue Jays, however.

Teheran and the other Braves pitchers have not been the problem with Atlanta this season, but the lack of production on offense does drag down the SP values for the Brave rotation. Teheran has been lucky with a .228 BABIP and 82 percent strand rate, both of which are due for some regression. He is racking up the Ks at a rate of 8.45/9 innings, so there is a positive in his utility belt, even if the wins are few and far between due to his offense. Gonzalez has lost four straight starts, and was struggling something awful in the three appearance prior to his three earned run performance against the White Sox, where he struck out 10. He has been a solid source of Ks this season, striking out a batter per inning, and showing good control. His second start is where you want to make sure to put him in your lineup, when he takes on the Padres on the road. When Washington hosts John Lackey and the Cubs earlier in the scoring period, you may want to take a pass on National southpaw. Odorizzi wraps up the top sub-tier, and has struck out 27 hitters over his past four starts, amounting to 23 innings. He has a pair of home starts in Week 11, where he has been much better than on the road and provides a nice set of non-counting stats with a 3.47 ERA and 1.16 WHIP over his 72.2 innings this season.

The middle sub-tier begins with Perez and continues down through Eovaldi. Perez continues to pitch well, and is working on a four-game win streak. All those victories came at home, however, and his two starts this week are on the road, and therefore he sits atop the middle sub-tier. He will not provide much in the way of Ks, but rather relies on a superb ability to induce grounders from opposing hitters. I like his chances to continue his winning ways in his first start against the A's, but am a lot less hopeful about the trip to the mound in St. Louis at the end of the week. Finnegan has thrown three QS in his past four starts, and has pitched deeper into games lately, lasting into the seventh inning or later in those four appearances. His strikeouts and control are inconsistent at best, but he does have a couple of decent matchups this week, facing the Braves and Astros away from the Great American Ballpark, where he has been more effective this season.

Nicasio was forced to pitch in relief on Friday, and was a disaster, allowing six earned runs on four hits, including a home run against St. Louis. fifth win on the season earlier in the week. He pitches on the road in both his Week 11 starts, and that has not be a recipe for great success so far this season. He did beat the Mets in his most recent start, and while he needs to harness his control, he does strike out better than a batter per inning (9.15 K/9 in 59 innings), so is a useful SP. I would probably sit him in his Sunday start against the Cubs in Wrigley, though. Tillman spun a nice little gem his last time on the bump, after giving up nine earned runs over his prior two outings, spanning 11.2 innings (he did go 1-0 despite not pitching all that well). He will put up nearly a strikeout per inning, which is helpful to fantasy owners, but he also suffers from less than stellar control, which gets him in trouble. He is a better pitcher at Camden Yards, so I like him more when he faces off against the Blue Jays on Sunday than in his trip to Boston earlier in Week 11. 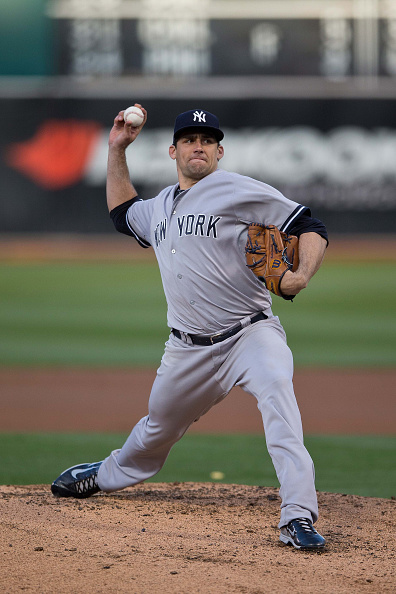 Eovaldi was a pitcher I was targeting off the wire when he was on his hot streak that started in April and covered most of May. He has not been as dominant of late, failing to complete six innings in each of his last two trips to the hill, and has also been plagued by the long ball, something that he has always been able to minimize. He is still providing Ks for his owners, and while I would sit him when he heads to Coors Field, I would certainly not put him on my bench for his second start against the pathetic Twins on Sunday.

The final group in the middle tier contains just four SPs, consisting of Dickey, Zimmerman, Weaver and Manaea. Dickey is coming off a pair of victories in his last two starts, but did not look particularly sharp against Detroit, where he gave up nine hits over 5.1 innings. He can be frustrating, as he twirls the occasional gem followed by a pedestrian couple of starts. If the knuckleball is moving, he can be effective, but his days as a dependable SP appear to be past. He has not been great at home this season, unlike the past couple of seasons, and while he has been better on the road, I am not entirely sold on his second start at Camden Yards. He is backed by a good offense, though, and if you feel lucky, then go with soft tosser. Zimmerman avoided the DL, but has not looked sharp in his last couple of trips to the mound for the Tigers. He is on the road for both his Week 11 starts, though, and he has been much more effective away from Comerica Park this season, so there is hope that he will right the ship this week. He relies on his excellent control, but will not provide you much in the way of Ks.

Weaver continues to fool hitters with his slow stuff, as his fastball now sits in the low 80s. He may be the ace of the Angels staff, but that is faint praise when you consider just how beat up their rotation is currently. He faces a couple of beatable foes in Oakland and Minnesota this week, so use him if you are searching for victories. Manaea wraps up the middle tier, and while I generally like A's pitchers because I trust Billy Beane's instincts when it comes to evaluating pitching, Manaea is giving up far too many long balls to be trustworthy. He has already surrendered seven dingers in his eight starts, which is a disturbing trend. He does have strikeout potential, having fanned better than a batter per inning in the minors consistently, and that should reveal itself as an ability when he becomes more comfortable pitching to MLB hitters. If I had to choose, I would start him in his second appearance this week against the Angels and sit him in his first start at home against the Rangers.

These 15 pitchers are just not worth the bother to roster this week. Of course, one or two of these SPs could leap up and surprise, tossing one or two gems in Week 11. I debated whether or not to lump Jimmy Nelson with the others but he is coming off a pair of uninspiring performances where he failed to pitch into the sixth inning, so that sends him into untrustworthy territory this week.