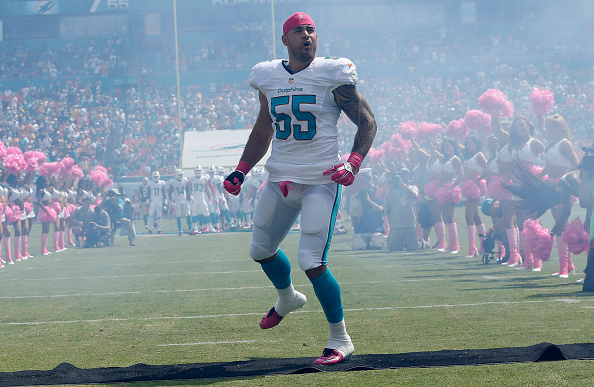 It is exciting to get back into regular season action, despite the unpredictable results we saw in the early going in the NFL season. It is not time to panic, but if you lost an IDP to injury, and there were plenty of banged up players on both sides of the ball in Week 1, now is the time to target some of the players looking better than expected. I would not necessarily revamp my entire roster based on one week’s results, but I would also suggest that some of the IDP in the first group below either should be on your watch list or snapped up before your opponents open their eyes to their potential production as the season progresses.

Davis may be getting up there in years, but he is still a productive and consistent producer. With Luke Kuechly potentially on the shelf with a concussion, push him up further in your rankings, and really, he has LB2 status right now with upside. Misi picked up 11 total tackles against Washington, playing all over the field, and in nickel packages, too. He does not have a ton of additional upside, but he should not disappear in any one week, either. Rey is a player I talked about as a sleeper in my pre-season reports, given Vontaze Burfict’s injury history. He also benefits from a generous home stat crew, so his tackle numbers will be significant while he is playing on defense for the Bengals. Unga had 12 tackles to lead the Giant defensive effort, with an interception, but recognize that he was an undrafted free agent pickup. He will benefit from the absence of Jon Beason, although his struggles in pass coverage may end up reducing his role over the next couple of weeks. Minter benefited from the limitations that Sean Weatherspoon is experiencing as he tries to get healthy. He should build on his seven tackles (five solos) so long as he mans the inside linebacker position for the Cardinals.

Anderson had three tackles for a loss as part of his nine total tackles racked up in Week 1. With Arthur Jones out for the season with an ankle injury, he should see plenty of time on the field for the Colts. If you like your defensive ends to put up tackle numbers, then he is a necessary add. Bailey will benefit from teams targeting Justin Houston, as witnessed by his two sacks in Week 1. He also gets to face off against the Broncos on Thursday, who seemed to have issues protecting their QB in the opening game. Williams, despite only being on the field for 52% of the Raven defensive plays in the game against the Broncos, still put up six solo tackles and one assist for seven total tackles. Not bad from a DT, and with Haloti Ngata now playing for Detroit, he has grabbed the position and looks like a solid player in DT-mandatory leagues.

Quin was an interception machine in 2014, and continued to put up stats in Week 1, with an INT and seven tackles, as well as a TD. He is consistent and probably slipped

through your draft. If he is on your wire, grab him. Pryor put up 10 tackles in the opening game of the season, and now gets to face the Browns. If you are weak at DB, he is one to target this week. Asante will be the beneficiary of the Raiders losing both their starting safeties to injury. He is not an overwhelming player, but he will be on the field and is a good source for stats so long as he plays. Williams is worth picking up this week as he faces the Aaron Rogers-led Packers, and plays opposite Richard Sherman. I predict that Rogers will attack him, and I always like the corner that is going to see the most action. Think the Packers will throw his way? Jones, despite slamming rookie Amari Cooper’s noggin into his helmet (naughty-naughty), should be noted for his 10 solo tackle Week 1 performance, although that number is not likely to continue all season. He is also the primary punt returner in Cincy, so in leagues that reward for individual return yards on kicks, he has even more value. Smith had an INT that went for a score, but you know you cannot count on that sort of value on a weekly basis. The eight solos and one pass deflection are more likely to continue, so if you need to fill a DB slot, you could do much worse than taking a chance on Smith.

Timmons is an inconsistent performer week-to-week, and the numbers for Week 1 were disappointing (three tackles total). Ryan Shazier looks to be the performer at LB for the Steelers going forward, and you can safely drop Timmons for one of the LBs that I talked about several inches up above. Mayo is not worth starting until he begins to see more than nine snaps in a game, as he was extremely limited in Week 1. I would not drop him if you have room to sit him on the bench, but I also would not hesitate to replace him in the meantime if you need a starting LB that can give you near full time production.

Wake was a huge disappointment in Week 1, essentially being shut out on the stat sheet. He was not able to gather any additional benefit from the off-season addition of Ndamukong Suh, and while I do not expect him to keep putting up zeros, he certainly was a buzzkill in the first game of the fantasy season. Pierre-Paul finally showed up in the Giants’ camp, and the results were less than expected. It appears that his off-season fireworks injuries were worse than reported, and he may not be active this season at all. If you took a flier on him in a draft, now is the time to look for a suitable replacement (read: a player that will take the field).

The fight between Chancellor and the Seahawks over restructuring his contract continues. Given the loss after the first week, we may see some resolution soon, since the two sides are fighting about chump change (in NFL terms, that is), but until he gets back in uniform, he is worthless unless you have a deep bench or own him in a dynasty league. Fuller seems to be adjusting to a new role in the revamped Bear defensive scheme, and until he figures out how to be productive, you should look elsewhere for CB help on your roster.

All the injury reports below need to be evaluated at kickoff.  Teams are notoriously sketchy about injury reports, and we often do not know a player's status until just before

game time. The list below is intended as a "heads up" as to what is going on early in the week, and should not be considered definitive.