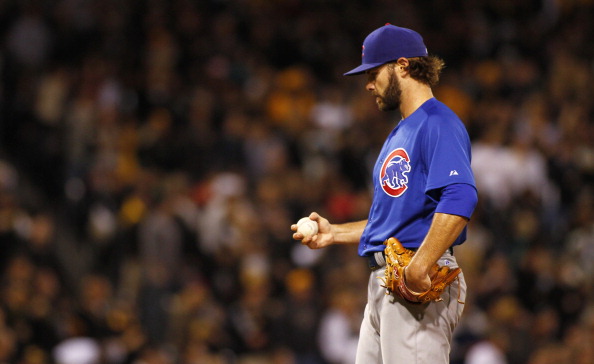 Week 14 has a slew of good options in both the top tier and the middle tier. For a difference, the bottom tier is relatively empty, but those six starting pitchers are ones you

will want to avoid this week. Plus, you need to be careful in opting to employ the bottom sub-tier of the Yes/No candidates.

In the upper tier, we have a couple of pitchers who require some discussion beyond my normal admonition to start these pitchers in both their starts, and not to concern yourself with whether they are pitching at home or on the road and not to pay attention to their opponents. Walker was making many of his owners wonder just how distorted their player evaluation skills were up through late May. Since then, all he has done is go 6-1 over 48.1 innings (seven starts) with a superb 1.68 ERA and a 51:3 K/BB ratio. He is at home for both his starts this scoring period, and with Miguel Cabrera on the DL, I really like his chances against Detroit, and the Angels are not all that scary of an offense, especially on the road. Lester is working on a streak of four consecutive quality starts, and will look to continue his dominance on the mound. He is not as good on the road as at home this season, but then again two of his three bad road starts took place in Cincinnati and Denver, so there needs to be some discounting of his road split numbers.

The middle tier once more consists of three sub-tiers, with the first opening with the surprising Heston and ending with Haren. Heston has earned a place in the Giant rotation,

going 8-5 in 16 starts with a 3.78 ERA and 1.23 WHIP over those 97.2 innings. He has not yielded more than three earned runs over his past five starts, one of those starts being his no-hitter against the Mets. He gets two games at home and that is where he has pitched best this season, as an additional inducement to use him. Anderson has always been a skilled pitcher, just fragile. He is still pitching into July, so the idea is to keep using him until you cannot do so because he has hit the DL. He has a string of four strong starts and a three game win streak going, so use him against the hapless Phillies and the struggling Brewers. Hughes has racked up three consecutive wins and is slowly and steadily reducing his inflated ERA to an acceptable level. He gets two home starts, but even at Target Field, watch out for his home run tendency. Garcia has not pitched since June 24th with a groin issue, but is scheduled to pitch a couple of away games in Week 14. Before the injury, he was dealing and the hope is that he does not miss a beat, already having already missed time on the DL to start the season. Haren has been effective for the Marlins this season, and despite not being anything overwhelming, he still has a 3.45 ERA and 1.05 WHIP on the season. Starting against Boston at Fenway is not the optimal way to open a two-start week, but Porcello is a weak mound opponent, and the start at home against Cincy is favorable.

The middle sub-tier contains pitchers I would consider using this week, even if not for both starts. It starts with Volquez and runs through Chen. Volquez gets two home starts, and especially against the Rays, should do well. Against the top scoring Blue Jays, well, at least he is pitching at home instead of in Toronto. He may be a pitcher to use only for his first start. Velasquez is a rookie, and thus will have both good and bad outings. So far, he has been better away from home, and despite pitching his first game of the week in Cleveland, the Indians are an up and down offense. Tampa Bay is both a good offense to face and a good venue to pitch in, so I like his chances in both his starts. Fister is going to need his control when he heads to Baltimore for his second start. The good news is that his first start is in the pitcher friendly home confines of Nationals Park. He will not do much for you in the way of Ks, but you should not be using him for that stat category based on his history. Buehrle has been consistent and he has the offense to bail him out when he gets hit hard. He is a better pitcher at home this season, but still has been doing well of late on the road. As with Fister, do not start him and expect many strikeouts, but his control is excellent and he is coming off a string of six QS. Frias has a pair of good match ups this scoring period, getting to face the Phillies and Brewers. Normally I would point out that he is doing so at home, but his road splits are far superior to those at Dodger Stadium in 2015, so temper your expectations. But then again, he is facing the Phillies and Brewers, so he makes a decent two-start option if only on the basis of opponent. DeSclafani pitches on the road for both his starts in Week 14, but on the plus side, in two pitcher friendly parks. Another plus is that his road splits favor him traveling to show off his mound skills. Gallardo is working on an impressive 29.1 inning scoreless streak, but that has to end at some point. He has had great success keeping the ball on the ground, and not letting many batted balls leave the park, especially at home. Not a good source for Ks is the worst I can say about him, and even then, he could rack up some decent strikeout numbers against the Padres. Chen wraps up the middle tier, and as I have said many times before, he is nothing exciting as a SP, just a pitcher than more often than not gets the job done. He relies on good control, will get you better than league average Ks, and does not generally allow many runs. He does give up a significant number of homers at Camden Yards, so you might not want to rely on him against the Nationals in his second start.

The final sub-tier contains those too good to avoid totally, but not pitchers you should necessarily add for the long term to your rosters. It begins with Moore, who coming off

Tommy John surgery did not look dominant in his first start of 2015. He has the stuff to be an overwhelming lefty starter, and I do like his chances to rack up some Ks when he faces the Astros at home in his second start in Week 14. IF Eovaldi could figure out how to make his mid-90s fastball miss more bats, he could become a dominant starter. As it is, with his below league average 6.47 K/9 rate, he is just a middle of the pack option. He does generate a ton of grounders, and his .356 BABIP and 3.87 FIP do indicate that he may see some further adjustment to his unsightly 4.52 ERA on the season.  Colome may or may not get two starts, depending on when the Rays activate Jake Odorizzi. I like him for his first start better, anyway, as he has struggled at home.  Iwakuma is going to take the place of Roenis Elias in the rotation, with Elias being optioned to Triple-A. He was excellent in his rehab appearances, but let’s wait and see how he does against MLB hitters. Still, if he is on your league’s waiver wire, I would snag him now on the come-see. Lohse is a decent pitcher and his offense has been backing him up lately. He does get to face the Braves without slugger Freddie Freeman in his first start, and while it is faint praise, he has been better on the road than at home this year (4.53 ERA away from Miller Park, 8.16 at home). Quintana and his teammate Rodon have to face off against two top offenses. With their team struggling to produce offense, you want to use them for their strikeouts, of which the better source is Rodon assuming he can pitch deep enough into his starts. With Rodon struggling mightily with his control, however, I see him more as a hit or miss option and Quintana as the safer choice. Heaney has admittedly looked brilliant in his first two starts, but now has to show how he can handle Coors Field in his next start. I would much rather use him in his start at the end of Week 14 when he heads to pitcher friendly Safeco against the Mariners. Hahn is generating below league average Ks (5.96 K/9 over 96.2 innings) but has shown improved control and is generating an extreme amount of ground balls as opposed to fly balls (2.84 GB/FB). He is ranked this low because he pitches on the road for both his starts, in potentially unforgiving venues against the Yankees and in Cleveland. Young has righted the ship after giving up seven earned runs to Boston with three home runs, but  I just have not trusted him to pitch as well as he has this season, or to continue to do so. You can gamble on him when Tampa Bay comes to town, but I would not suggest using him against the Blue Jays at the end of the scoring period, despite the game being played in KC.

I do not have faith in any of the pitchers in the bottom tier. The Tiger offense is going to struggle with Miguel Cabrera out of action going into mid-August, according to recent reports, and Simon has come back to earth as was expected based on his history. Ryan has been decent, but seems to run into enough early trouble that he is not dependable in any format. The two Philly SPs are here mostly because they pitch for Philadelphia. Bettis has two starts at Coors Field, and that makes him untrustworthy.  The Atlanta rookie Wisler gets the unfortunate task of heading to Coors as well at the end of the week, and thus despite getting to head to Milwaukee early on in the scoring period, becomes a liability.